Belén Notario Collado,leader of the Micro-Computed Tomography Laboratory at the Centro Nacional de investigación sobre la Evolución Humana (CENIEH), is part of the team that developed a technique to visualise post-mortem nerve tissue through X-ray computed tomography, achieving a clear differentiation between the white matter and grey matter of the brain. The results have been published in the journal Archives Italiennes de Biologie.

In the CENIEH, post-mortem nerve tissue scans of lamb brain tissue have been carried out. The sharp contrast achieved between the two brain compartments, as well as the high resolution obtained (8 microns) allows the segmentation and subsequent 3-D reconstruction of the white matter. The images the researchers produced are superior to the resolution achieved by magnetic micro-resonance, which is 10 times lower.

This leads the way for the quantification of the white matter in post-mortem material in any region of the brain, mainly the cerebral cortex and cerebellum. With this technique, other neuronal and non-neuronal elements of the nerve tissue may be observed, including the pia mater (internal meninge that protects the central nervous system), and the blood vessels, as well as other anatomical features.

“This technique offers many possibilities. We have applied it on other mammals, such as pigs, in the anatomical study of other vertebrates, such as fishes, and in the near future, we would like to apply it on the human brain,” says Belén Notario. 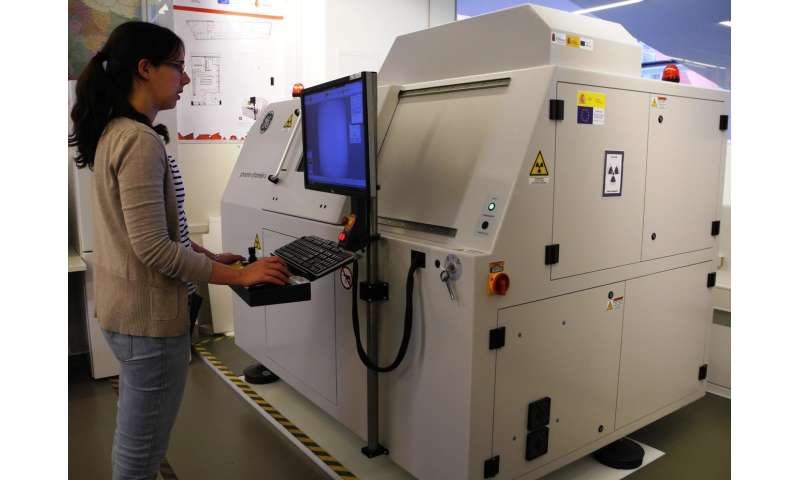