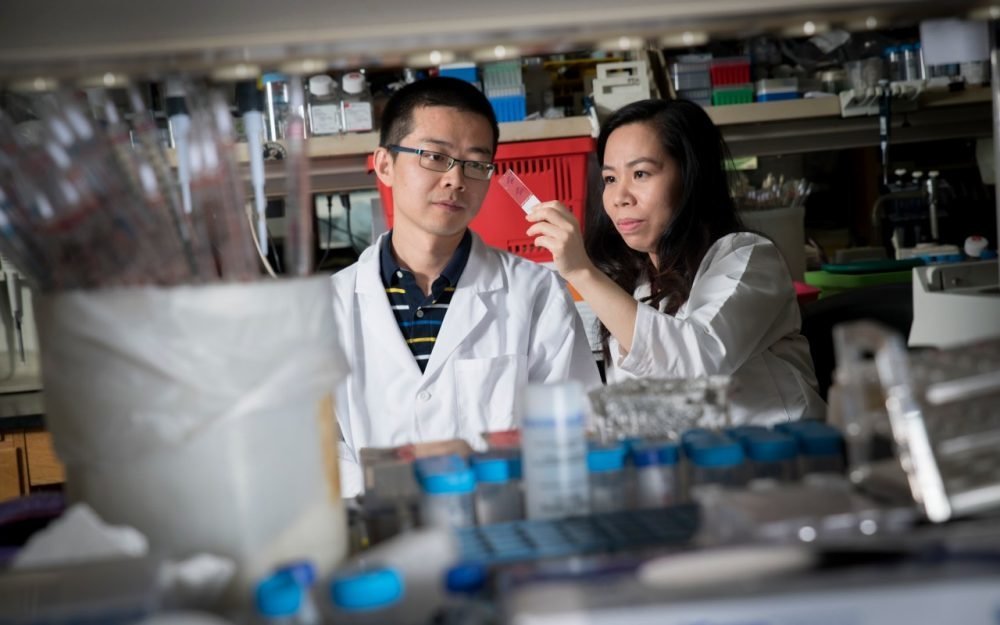 Researchers at St. Jude Children’s Research Hospital have applied a new way to trigger the brain tumor medulloblastoma in neural cells that will lead to the ability to test a promising class of anti-tumor drugs. The technology they used, called CRISPR/dCas9 activation, is the equivalent of using a key to start a car, while previous approaches to producing tumors were more like bypassing the key to hot-wire the vehicle.

The interdisciplinary research team included Martine F. Roussel, Ph.D., a member in the Department of Tumor Cell Biology and co-leader of the Cancer Biology Program. The findings appeared online June 7 in the journal Scientific Reports.

Previously scientists had generated medulloblastoma tumors in mice for drug testing by introducing a virus carrying activated MYC into neural cells. However, these mouse models bypassed critical MYC genetic controls—the biological equivalent of a car key. The problem with such “hot-wired” models was that they did not allow researchers to test a promising class of drugs called BET inhibitors that could suppress MYC by interfering with the gene’s promoter.

In their research, co-first author Chunliang Li, Ph.D. in collaboration with Jin-Ha Kwon Ph.D. and BaoHan Vo, Ph.D, applied CRISPR technology to activate MYC in neural cells by homing in on the promoter. Many applications of the technology use CRISPR/Cas9, which is a molecular assemblage that can target a specific genetic sequence and snip it apart. However, Li used a “deficient” version, called CRISPRa/dCas9, in which the cutting ability was crippled. Instead, he engineered the assemblage to home in on the MYC promoter and switch it on. Engineered neural cells were implanted into mice. The cells grew into tumors that were medulloblastoma. Li and Kwon work in the laboratory of co-author Charles J. Sherr, M.D., Ph.D., member and chair of the Department of Tumor Biology and a Howard Hughes Medical Institute Investigator.

A central question was whether CRISPRa/dCas9 produced tumors that exactly mimicked clinical medulloblastomas. Indeed, pathology examination of the tumors by co-author Brent Orr, M.D., Ph.D.,—using a technique called immunostaining—established that the tumors had all the characteristics of clinically occurring tumors. Also, genetic analysis by co-author David Finkelstein, Ph.D., established that the tumors were genetically identical to clinical medulloblastomas. And critically, Vo found that a BET inhibiting drug suppressed the activity of MYC in tumors.

“Our use of this technology represents the first time it has been used to induce tumor development,” Roussel said. “Now, we are using the mouse model to test BET inhibitors in various combinations with other drugs in clinical use, to determine whether we can achieve a synergy that will be effective against medulloblastoma.” Roussel said that the effective drug combinations they discover might go into clinical trials at St. Jude.