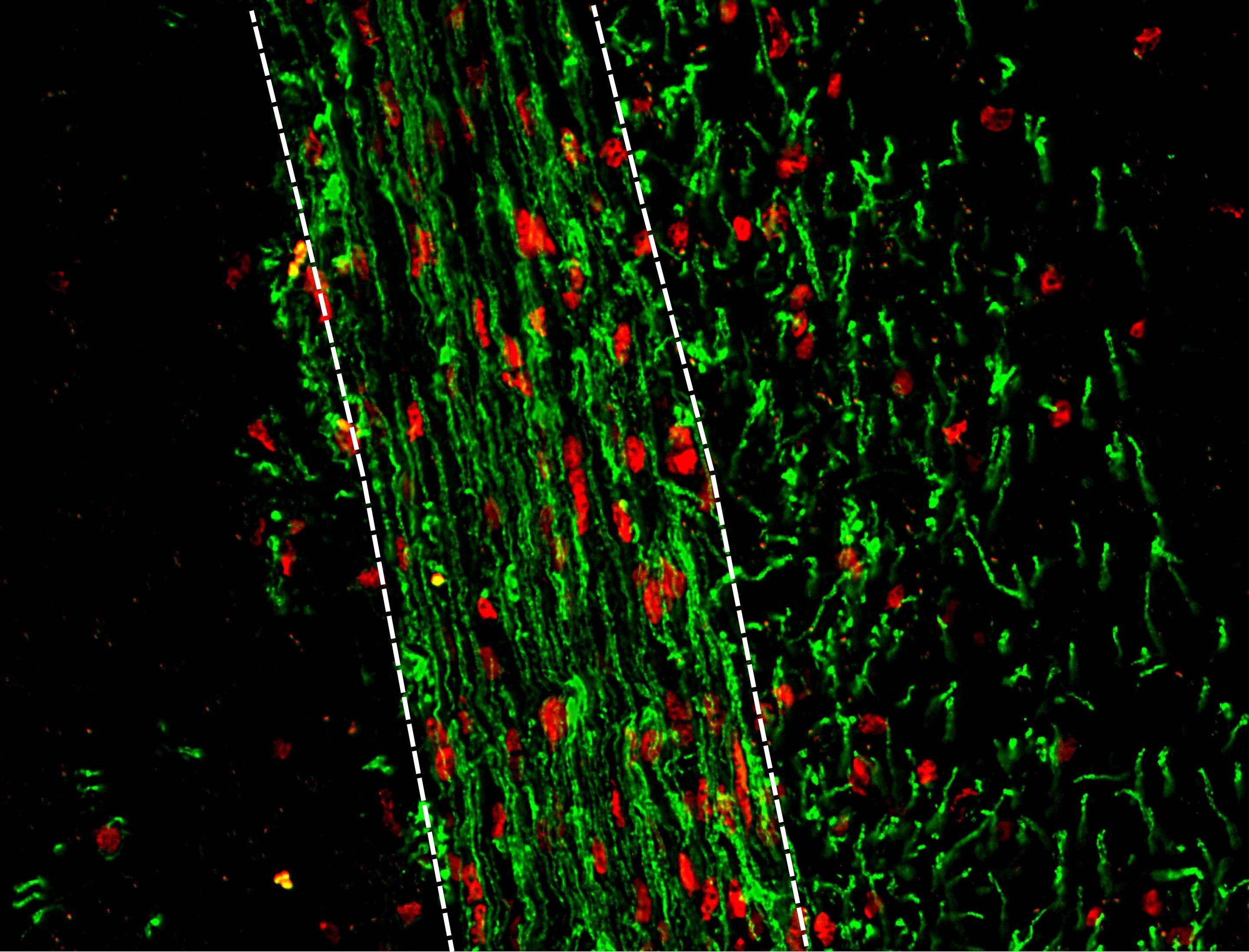 Remyelination, the spontaneous regeneration of the fatty insulator in the brain that keeps neurons communicating, has long been seen as crucial to the next big advance in treating multiple sclerosis (MS). However, a lack of understanding of how remyelination is stymied in the disease has hampered these efforts.

Now, University at Buffalo researchers have found that a receptor called muscarinic type 3 (M3R), a key regulator of the remyelination process, is a promising drug target. M3R is a muscarinic receptor found on oligodendrocyte progenitor cells (OPCs), the cells that make myelin.

The finding is likely to generate some interest in the pharmaceutical world, since other muscarinic receptors have also been found to be involved in animal models of demyelinating diseases.

“Our data provide evidence that a drug targeting M3R specifically would be a useful strategy,” said Fraser J. Sim, Ph.D., associate professor of pharmacology and toxicology in the Jacobs School of Medicine and Biomedical Sciences at UB and senior author on the paper describing the work.

Published in late June in the Journal of Neuroscience, the research builds on work the team published in 2015 demonstrating that MS occurs when OPCs are unable to mature and differentiate properly. They found that activation of M3R blocked differentiation of OPCs into myelin-making cells.

In that paper, the researchers reported that a drug already on the market for overactive bladder successfully inhibited that receptor, allowing for remyelination to occur in an animal model.

“That work identified solifenacin as a possible drug useful for remyelination, but we really weren’t sure which specific receptor the drug worked on,” said Sim. Since the drug wasn’t specific to a signal receptor, he said it could produce unwanted side effects in patients.

To single out which receptor was responsible for blocking remyelination, the UB team took a genetic approach to blocking expression of M3R in both human and mouse myelin-making cells. The result was that they prevented OPCs from making M3R at all.

“This work establishes that M3R has a functional role and if blocked, could improve myelin repair,” said Sim. “It better positions the field for clinical trials that will be aimed at blocking these receptors in MS patients.”