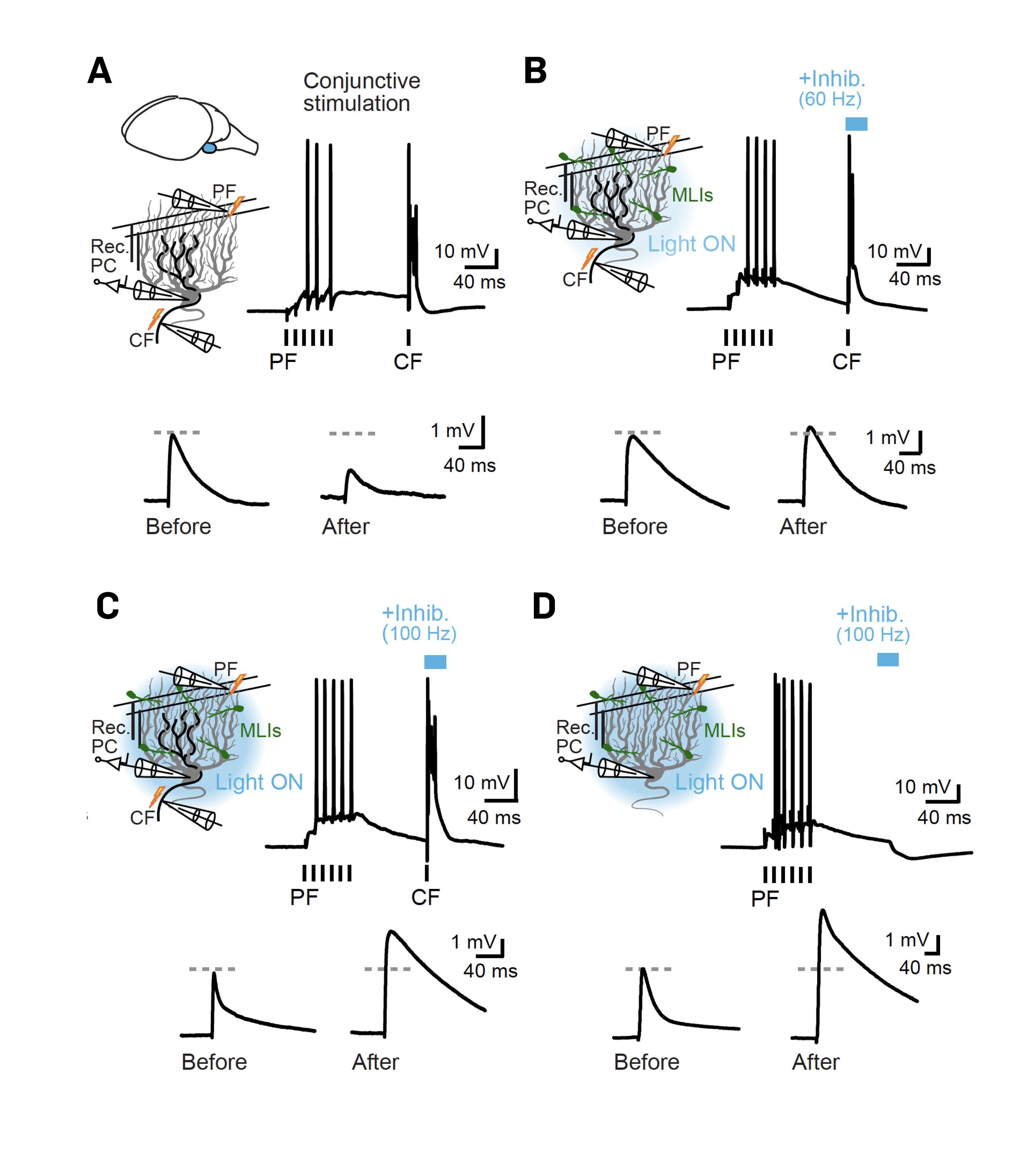 Almost everyone is familiar with the unique mixture of surprise and confusion that occurs after making a mistake during an everyday movement. It’s a fairly startling experience—stumbling on a step or accidentally missing your mouth when taking a drink. These actions are so ingrained that any mishap is almost always followed by the question “Why in the world did I just do that?” This momentary bewilderment is due to the fact that our brains have an extraordinary capacity for learning skilled movements. So much so that our routine actions, such as climbing stairs, become second nature. For the most part we don’t even consciously think about them…that is until we make a mistake.

While mistakes (errors in motor performance) don’t occur very frequently once we’ve picked something up, they are the tool used by the brain to evaluate and adjust our movements in hopes that next time, we won’t stumble or spill our drinks so easily. As the saying goes “We learn from our mistakes,” but how do our brains turn the motor errors we make into meaningful and reliable learning?

In a recent publication in Neuron, researchers from the lab of Dr. Jason Christie, Research Group Leader at the Max Planck Florida Institute for Neuroscience (MPFI), have discovered part of the answer to this longstanding question. Uncovering a surprising new role for inhibition in the cerebellum, Dr. Christie’s team has broadened the current understanding of neural computation and provided fundamental insights into the mechanisms and principles underlying motor learning.

“Learning isn’t a monolithic event, that either happens or doesn’t,” describes Dr. Christie. “It’s a much more complex behavior that can vary in duration, magnitude and direction. Our findings demonstrate that in the cerebellum, motor learning can occur along a continuum and what seems to be the key, is the influence of an inhibitory cell class called molecular layer interneurons.”

An anatomically unique region of the brain, the cerebellum plays a critically important role in regulating motor control and coordination. Despite its relatively small size- only about 10% of the entire brain- the cerebellum houses roughly half of our total neurons, around 50 billion. While receiving many inputs from various regions of the brain, the cerebellum integrates and sends refined information out through a single type of specialized neuron called a Purkinje cell. These cells receive two well characterized excitatory inputs and a lesser studied inhibitory input, helping to guide motor behavior and facilitate learning.

“Thousands of excitatory inputs by parallel fibers, set the stage for Purkinje cell activation by providing sensory and motor context for actions,” describes Audrey Bonnan, a Postdoctoral Researcher in the Christie Lab and one of the publication’s first authors. “It’s these inputs that activate Purkinje cells and maintain normal coordination and movement. When we make a mistake however, a second excitatory input from a climbing fiber, arrives simultaneously and delivers an instructive signal. This new information detailing motor error, weakens the synaptic connections between parallel fibers and Purkinje cells; producing a change in behavior and ultimately allowing for learning to occur. But the function of inhibitory inputs in this process, was still largely unknown.”

This alteration in synaptic strength, known as synaptic plasticity, is thought to be the mechanistic correlate of learning. Uncovering how inhibitory interneurons influence plasticity is the first step in gaining insights into their role in motor learning. To address this question, the team performed simultaneous electrical stimulation of the excitatory inputs encoding contexts and those encoding signaling errors, simulating the events that occur during learning. Using electrophysiology to record the output of the Purkinje cell, the researchers then precisely activated inhibitory interneurons by use of a light-based approach for neural stimulation (optogenetics). This approach benefited from a collaboration with MPFI’s Taniguchi lab that allowed optogenetic targeting of only molecular layer interneurons.

“We found that inhibition allows for an entire spectrum of outcomes,” notes Dr. Christie. “Without inhibition, Purkinje cells showed the expected synaptic weakening caused by co-activation of parallel fibers and climbing fibers. By strongly activating molecular layer interneurons, there was a complete reversal of plasticity where synapses were strengthened with the addition of inhibition. Surprisingly with weak activation of these interneurons, plasticity seemed to be negated where no change occurred at all.”

Taking the investigation one step further, inhibition produced a similar type of reversal on learning behavior. Using dual color optogenetics, the MPFI researchers evaluated the effect of molecular layer activation during adaptive vestibulo-ocular reflex or VOR, which helps to maintain a stable gaze by moving the eyes in the opposite direction of head movement. With training, the VOR can undergo learned adaptation where eye movement during the reflex increases (gain increase). Consistent with plasticity findings, strong activation of MLIs produced a complete reversal in learning of VOR, causing dramatically less eye movement (gain decrease). With weak activation of MLIs, little to no change occurred, matching animals with untrained VORs.

“Inhibition seems to dramatically broaden the range with which cells can respond to stimuli,” explains Dr. Christie. “Instead of the brain having only two options -learning or not learning- there can be a tremendous amount of variation in between. For example, learning a little or learning a lot. It’s like black and white versus shades of gray, where the shades of gray allow for a greater amount of behavioral flexibility.”