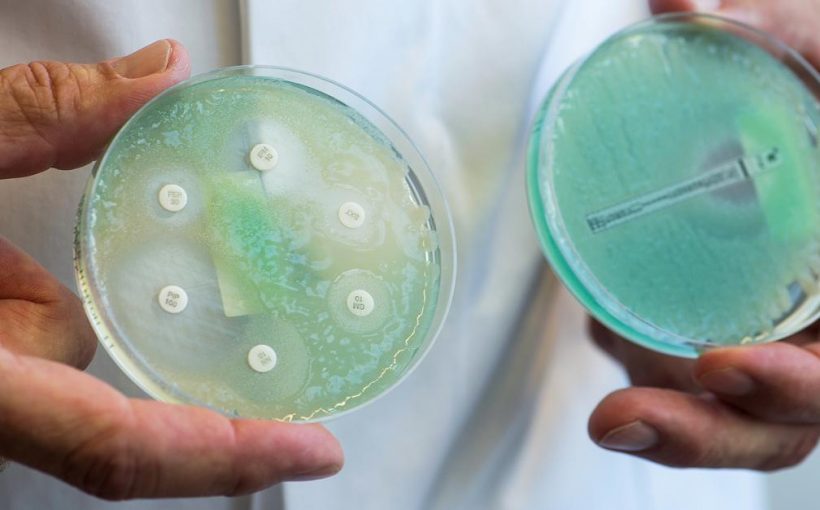 Antibiotics are a blessing for humanity, but the weapon against deadly infections threatens to be 90 years after the discovery of penicillin stump. Because many bacteria have become accustomed to the active ingredients and have become resistant to them. The WHO sounds the Alarm.

Cancer treatments, knee joint replacement, a new kidney – what seems to be for millions of patients around the world, of course, would be without the discovery of antibiotics, 90 years ago, far more risky. With such substances of life are kept to a dangerous bacteria that can spread during surgery, in chess. “Undoubtedly one of the most important discoveries in the history of medicine,” says Marc Sprenger of the world health organization (WHO) in Geneva.

For several years, but health experts are sounding the Alarm, because the weapon against deadly infections threatening to become dull. The number of resistances against antibiotics is growing rapidly, many bacteria can not be more small wars, and blame the man himself is to a large extent. What happens if the countries get the Problem soon?

Simple infections could be life-threatening

“In the worst case, people die of simple infections such as the bladder or lung inflammation, or Sepsis, because the drugs work,” says Sprenger, who heads the WHO Department for the fight against antibiotic resistance. In the EU, have died, according to an expert estimate, ten years ago, 25,000 people in a year an infection with the bacteria against used antibiotics.

Flashback. In 1928, as a simple wound infections or diphtheria, pneumonia, and tuberculosis patients were often a death sentence: A Scottish bacteria, researchers noted after returning from vacation, on a bacterial culture in his laboratory, a mold is formed and the bacteria has been destroyed. The fungus is called Penicillium. Alexander Fleming (1881-1955) in his groundbreaking discovery immediately aware of. It takes 14 years before the first Penicillin comes on the market. Fleming was awarded in 1945, the medicine Nobel.

After the Penicillin further bacteria-acting Compounds can be found. However, bacteria develop on ancient and natural Ways of survival strategies against substances that harm them. They become resistant. But also Doctors, patients and farmers all contribute to the Problem. Farmers, because they have used antibiotics long everywhere in the animals and in some cases still use, to protect your in the Narrow vulnerable animals from disease. The antibiotics enter the meat into the human food chain and allow bacteria to get used to it.

Patients require to fast antibiotics and Doctors to give

Doctors and patients are a different story. “It is a cultural phenomenon,” says Sprenger. “Also, if a lot of infections actually go away after a few days, ask the patient often to antibiotics and Doctors are to quick to fulfill your desires.” While a doctor in Western Europe, patients calm down now, and also with house funds, home, could, requested, patients in poorer countries, the pay for a doctor visit out of their own pockets, often for drugs.

Within the EU, the differences are dramatic: In southern and Central Europe – such as Spain, Italy, Greece, Hungary, Romania, Poland – are in part resistant to well over 50 per cent of certain groups of Bacteria against certain antibiotics. In Germany, the Netherlands and Scandinavia are usually well under ten percent. In Greece and Cyprus, the consumption of antibiotics per 1000 inhabitants is about twice as high as in Germany.

In some countries, antibiotics are not on the street corner or on the market. In the other hand, the active ingredients of scruples to be diluted creators of loose business. A wrong or ineffective or incorrect dosage ensure, however, that bacteria adapt to the drugs, that you survive.

The research for new active ingredients is worthwhile economically hardly

Need for novel agents with new mechanisms of action, Sprenger says. The science but I have found in 30 years virtually no new attack surfaces. “There is a need for new drugs in the research pipeline, but we probably have five to seven years, only one or two potential new drugs”, says Sprenger. Basic research is expensive and the effort required to develop a preparation that will later be used as little as possible, is worth it for pharmaceutical companies.

Since state support is a must. For this, Germany has tumbled in the G-20 group of major industrial and emerging market support. “The G20 have committed themselves, under the German presidency, the research and development of new active ingredients powerful promote,” said Minister of health Hermann Gröhe 2017.

“We need strong health systems, so that antibiotics will only be issued to Doctors after clarification of the need,” says Sprenger. Rich countries should help the poorer. The WHO-reinforcing awareness-raising campaigns for Doctors and patients. In India and China, where many of the antibiotics are produced, residues from factories comes partly in the environment. Meanwhile, the countries were aware of the problem and took care of it.