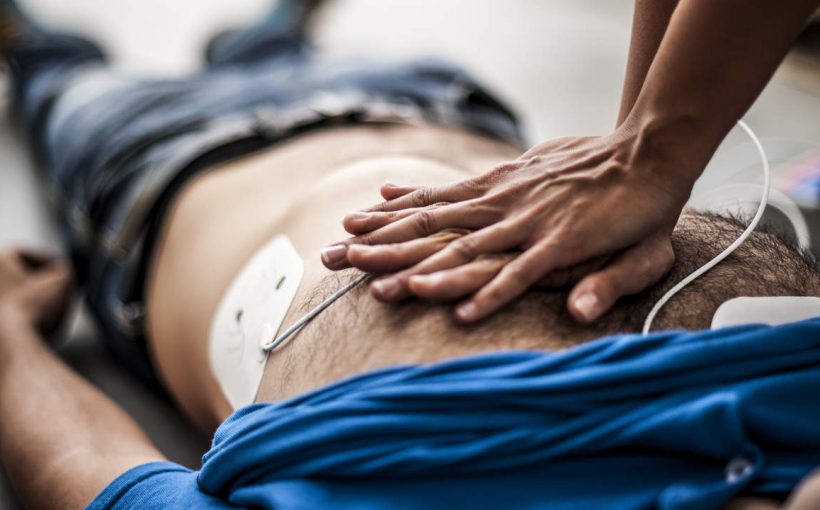 First dates are tough enough, but one couple’s first outing turned into an unexpected medical emergency. Max Montgomery, a 56-year-old man, was paddleboarding on a first date with Andi Traynor in Santa Cruz, California, when he felt an unusual burning sensation in his chest. After pulling himself out of the water, Montgomery collapsed onto the sand; he was having a heart attack. Traynor, a doctor, immediately came to his rescue, performing CPR to save his life.

Traynor kept him alive until an emergency crew arrived to take him to the hospital, where Montgomery had bypass surgery the next day, according to the Today show. Ten months later, Montgomery has made a full recovery–and the pair is still dating!

Montgomery and Traynor are sharing their story to bring attention to life-saving CPR, turning their first-date trauma into a cause. They’re the brains behind a CPR workshop program that’s part of Montgomery’s nonprofit, Paddle4Good, of which Traynor is a board member.

In an interview with Today, Montgomery revealed that heart disease runs in his family. His grandfather and aunt both died of heart attacks, and his own father had an episode at 69. That being said, Montgomery leads an active lifestyle, is an avid runner, surfer, and paddler, and shared that he even ran 10.4 miles the night before his heart attack.

Although you might be familiar with songs that can help you perform CPR (i.e. “Stayin’ Alive” by the Bee Gees), you might not actually know how to use the life-saving practice if the circumstance presented itself. David L. Katz, MD, director of Yale University Prevention Research Center, gives us a quick breakdown of the basics.