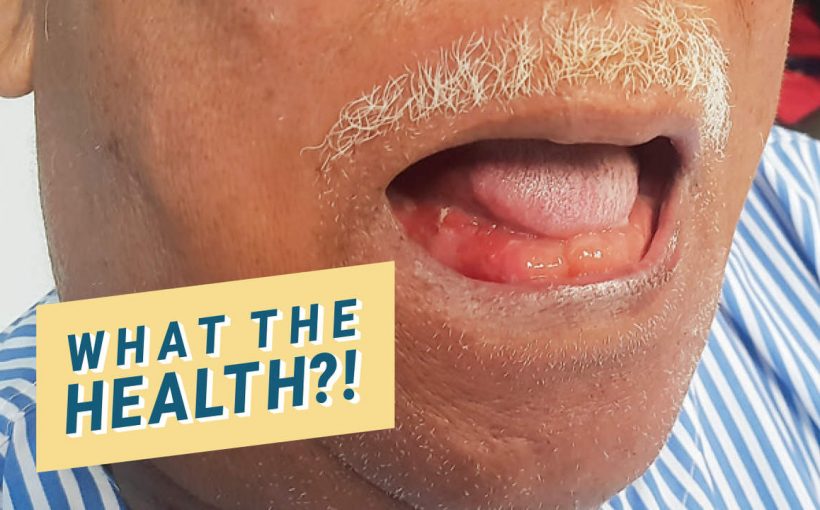 You’ve heard countless times how important it is to brush and floss your teeth.

But the story of a 68-year-old man whose poor dental hygiene nearly cost him his life might make you think twice the next time you consider going to bed without properly taking care of your pearly whites.

The patient, whose story was published today in the New England Journal of Medicine, went to the emergency room after a toothache turned into something more serious. It led to a fever, pain and difficulty swallowing, and a swollen neck.

His diagnosis? Ludwig’s angina. It’s a potentially deadly complication that most often occurs thanks to a dental infection. “Let’s say you cracked one of your lower molars and didn’t take care of it. [The resulting infection can] easily spread into a space underneath your chin,” Sam Huh, MD, chief of otolaryngology at Mount Sinai Brooklyn, tells Health.

Things can go downhill quickly once the infection spreads to this space. “The problem with that is that area is made up of loose tissue. The bacteria starts to spread rapidly. It creates cellulitis,” a bacterial infection that results in red and swollen skin, Dr. Huh explains.

You might ask yourself what exactly you’re looking at in this photo, which is fair. The "tongue on top" is the patient’s actual tongue. What’s underneath it is swollen tissue, a result of Ludwig’s angina.

“A lot of times it’ll go to both sides [of the mouth], which causes the tongue to push up. His tongue is pushed up a bit,” Dr. Huh says.

Even scarier is what could have happened if the patient had waited even just a few more hours before seeking medical help. His tongue would have been pushed backward, potentially resulting in death by suffocation.

“He didn’t take care of his teeth well. If he waited a few hours, [he could have suffered a] carotid artery rupture,” Dr. Huh adds.

He says that Ludwig’s angina can result from something as simple as a cut in the mouth—so you should definitely be cleaning your mouth well every single day.

In the United States, Ludwig’s angina is pretty rare. In fact, “if you go to a community [medical] center they may not recognize it. That would have been disastrous in [the patient’s] case,” Dr. Huh says. Thankfully, the patient’s doctors were on the ball and gave him the antibiotics needed to treat his condition in a timely manner.