Home » Personal Health » This Man Sniffed His Smelly Socks Every Day, Then He Was Hospitalized With a Severe Lung Infection 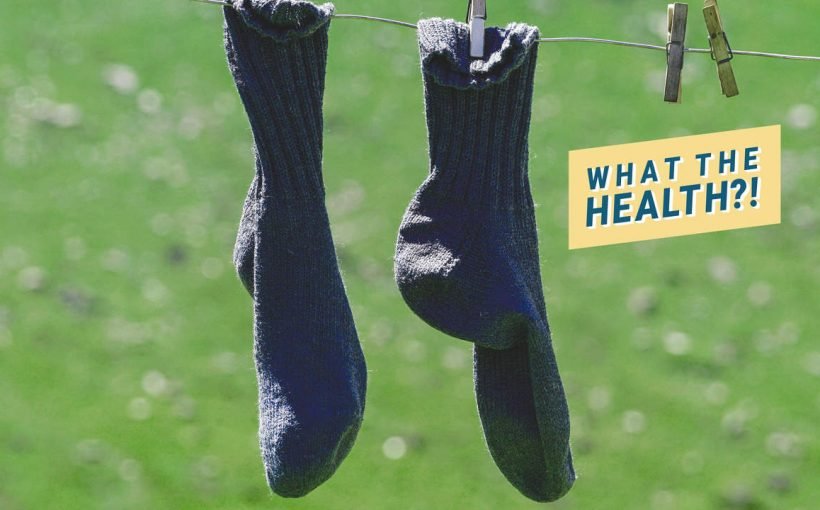 You’ve heard of a foot fetish, but what about a sock fetish? One man’s strange obsession with smelling his socks when he got home from work every day recently led to some major medical issues.

The 37-year-old man, from China, was recently hospitalized with a severe lung infection that doctors believe he contracted from taking whiffs of his dirty socks at the end of the day.

Smelling your socks seems like a harmless habit—but not if a potentially dangerous fungus develops in your footwear, which is apparently what happened in this case. When the man inhaled his sock odor, he inhaled the fungus as well. It entered his lungs, causing an infection characterized by chest pain and coughing fits. The man went to the hospital, where he received his diagnosis.

Doctors noted the man’s immune system was already weak because he didn’t typically get enough sleep. His home life was stressful because he was also raising a child, so that didn’t help his immune system either. (If you’re a parent yourself, you know how that goes.)

The man was treated immediately when he went to the hospital and is expected to make a full recovery.

Because details of this case have come from social media platforms like YouTube and not a reputable medical journal, we decided to ask an expert if this is really possible. Can you actually contract an infection from smelling your dirty socks?

Aaron Glatt, MD, spokesperson for the Infectious Diseases Society of America and chair of medicine at South Nassau Communities Hospital in New York, thinks it is possible—but pretty unlikely.

People have fungus on their feet all the time, Dr. Glatt says, so that part of the story isn’t surprising to him. And yes, certain fungal infections are contracted through inhalation, but not typically from smelling something as harmless as socks.

Of course, Dr. Glatt isn’t suggesting you smell your socks regularly, just for kicks. But if every once and a while you give them a quick sniff to see if you can wear them again or they have to go into the wash, you should be completely fine.

Still, people with weakened immune systems do need to be more careful, he warns. While he doesn’t think smelling socks is a huge risk, anyone who is immunocompromised (due to having a serious illness, like cancer or HIV) needs to be extra cautious about contracting infections.

So it’s probably not the best idea to be taking in long whiffs of your dirty socks every day, mostly because it would be super unpleasant. But if you do find yourself checking your foot stench every now and then, there’s really nothing to worry about.