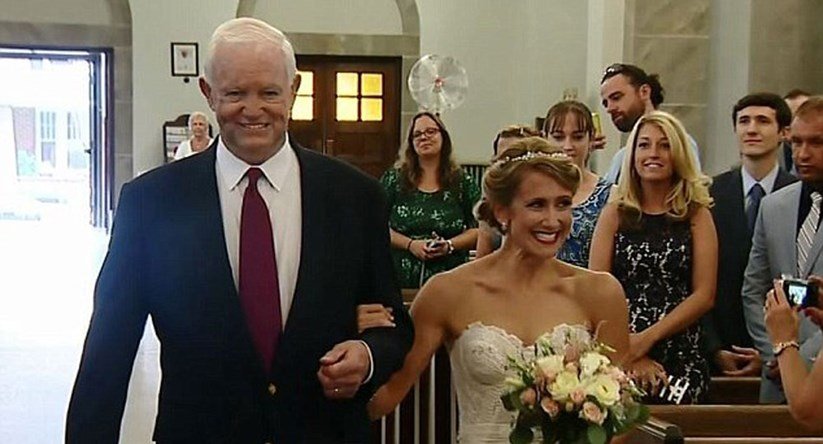 One of the most special moments between a father and a daughter is when he walks her down the aisle.

As Jeni Stepien approached her big day, 10 years after the death of her father in a car accident, she had to face the possibility that she may not get to experience that moment.

Incredibly, however, her father had made a very significant donation – his heart – which continues to beat in the chest of donor recipient, Arthur ‘Tom’ Thomas.

Jeni had never met the man who had received her father’s heart and so when she reached out he was taken by surprise. He was more surprised by what she said next. She asked him to walk her down the aisle.

Honoured by the request, Tom flew to Pittsburgh from his New Jersey home and walked beaming bride, Jeni, to the altar on her big day.

‘What a greater honour could a person have than walking the daughter of the man who’s given his heart to him,’ Tom told CBS Pittsburgh, according to Daily Mail.

‘I can’t imagine a greater honor.’

Jeni hopes that her story raises awareness of the importance of organ donation. To sign up to become an organ and tissue donor in Australia go to the Donate Life website.