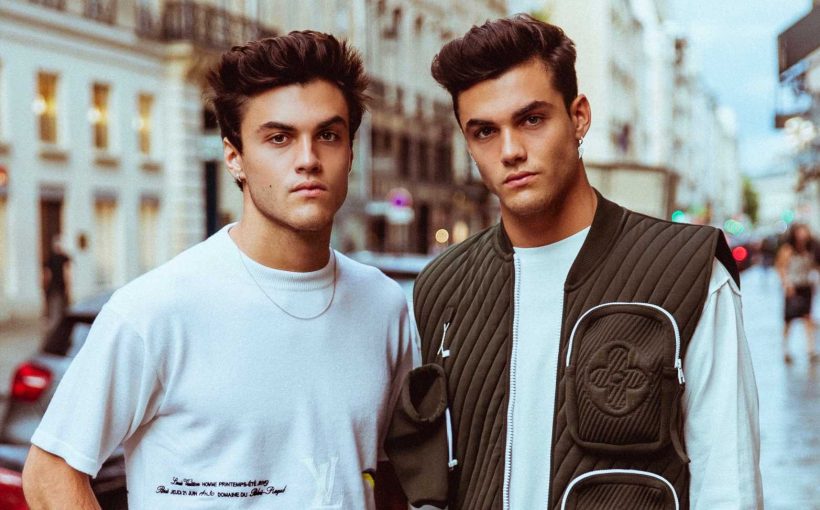 Can Gen Z influencers shake up the fragrance market? A new brand, Wakeheart, is betting on it.
Today, YouTuber duo the Dolan Twins (10 million subscribers) announced the launch of their first fragrance collection. The line, which consists of two scents that will be available online starting July 12, was created in partnership with Wakeheart, a new scent brand, founded by Kevin Gould and his team at Kombo Ventures, that targets Generation Z and young Millennials.
"There are legacy brands in the space that have been around for a while there have been a number of brands over the last couple of years that have started to crack the code on redefining the market for Millennials and late twenties, early thirties," said Gould, chief executive officer and founder of Kombo Ventures, Wakeheart's incubator. "We thought there weren’t many brands who came at Gen Z with a different perspective, so we wanted to create a brand that was into Gen Z and young Millennials. We’re going to start with fragrance and then over the course of the next year or two, move into other products that encompass the world of scent and smell."
Gould was a founding investor of Beautycon Media and in 2018, cofounded Insert Name Here, a direct-to-consumer hair brand, with Sharon Pak and Jordynn Wynn, two of Colourpop's first employees. Kombo Ventures is a holding company with three core divisions: a talent management arm, a strategic creative agency and a brand incubator.
Wakeheart, said Gould, aims to put the fun back into fragrance. The brand hopes to attract a Gen Z and young Millennial audience through data-driven influencer collaborations, the first of which kicks off with twin-fluencers the Dolan Twins.
"When we found Wakeheart, we thought it was a perfect partnership because both our missions align," said Ethan Dolan. "It’s about promoting self-confidence and making memories, and we’re both about that. We felt it was a perfect fit."
The Dolan Twins, 19, have a collective social media following of more than 40 million and recently made their Paris Fashion Week debut at Virgil Abloh's spring 2020 men's collection for Louis Vuitton. The Dolans' audience is based primarily in the U.S., aged 17 to 19, and is 83 percent female.
The Wakeheart x Dolan Twins fragrance collection consists of two gender-neutral scents: Grayson's carries notes of cool rain and lychee, while Ethan's contains notes of coffee blossom, almond and vanilla. To develop the fragrances, Wakeheart and the Dolan Twins partnered with Givaudan perfumer Guillaume Flavigny, who has created fragrances for Comme des Garçons, Armani Privé and Ex Nihilo.
Though Wakeheart is debuting with fragrances, it plans to launch other scented beauty products — body sprays, body washes and deodorants, for example. The brand is launching as direct-to-consumer, but is open to exploring retail partnerships, according to Gould.
Working with influencers often comes with a risk, as the beauty world quickly realized following the infamous James Charles and Tati Westbrook debacle. That risk isn't something Gould takes lightly, though his plan is to make Wakeheart bigger than any one influencer — including those with which it chooses to partner.
"That risk will never truly go away and brands have to be willing to accept a little bit of the risk, but they also have to do their diligence and pick their partners carefully," he said. "In the end, you have to build a brand. It can’t just be based on one influencer over time."
More from WWD.com:
Twin-fluencers: The Latest Influencer Phenomenon
Are Influencers Now Part of Fashion's Elite?
Is Fashion Paying Enough Attention to YouTube?
Source: Read Full Article