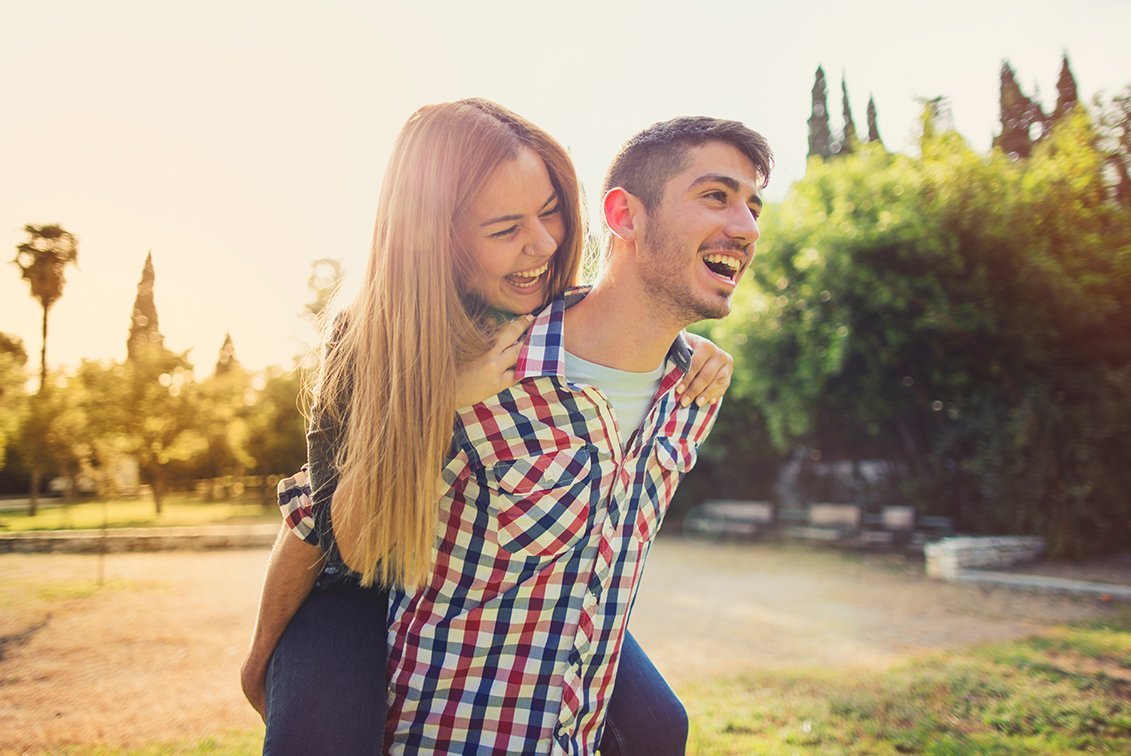 I used to use one of those old-fashioned tea kettles, the kind that whistle when the water boils. Loved that thing. There was no ambiguity about it: When the water was ready, the kettle announced so with unmistakable clarity, like a train coming into the station.

If only guys were like that, right? Instead, as you turn up the heat of romance, we sometimes bounce between simmering and lukewarm with no apparent logic. Some days we seem on the verge of boiling, the next, we’re room temperature. What gives, right?

Truth is, when it comes to the early stages of love, the signals are rarely clear. At some point, you just know, but there exists a period—weeks? Months? YEARS?—when it’s hard to tell whether your guy is going cold or about to boil. To help clear up the confusion, I offer this cheat sheet. No one signal tells you everything you need to know, but taken together, they form a pretty loud shriek.

Hey, emergencies are no joke. So when you’re filling out forms for something really important—like the skeeball league at your local bar—and he lists you as an emergency contact, he’s banking on the fact that you’re not going to leave him stranded in the hospital when he fractures his femur in a tragic bar-game accident.

Wait—how does he know your mom’s trying a new casserole recipe for Thanksgiving? And who told him which kind of beer your dad wants him to pick up on the way over? You’ve been cut out of the conversation! But fear not—that’s a good thing. He’s starting to view your family like his own.

Think he wants to be stuck holding the leash on his own? He does not. Pet parenting is just a one step away from real parenting. Okay, it’s one really big step, but still.

Maybe he just made a comment in passing about how your house would have to have a second garage, but chances are this means he’s thought about it before. Again—this is not a decision that can be quickly undone. This dude’s definitely thinking long-term.

RELATED: This Is the Number 1 Sign You’re in a Serious Relationship

How much money does he have in his savings account? What’s the login PIN he uses for his iPhone? What’s his Netflix password? They’re not particularly sexy details, but if he seems generally unworried about sharing his administrative data with you, then you definitely have his trust.

The truth is, a man’s impulse to marry is often timed to something outside your control: his phase in life. That’s tricky if you’re ready to settle down and he’s not. If you’re not sure, look at his friends. Are they getting married? Because often they’re in the same general phase of life that he is.

Because sometimes the only person he wants to see is already sitting right there next to him. Awww! (Cue the Dawson’s Creek theme song.)

Whether he’s talking about a big vacation or begging you to accompany him to a friend’s wedding, if it’s far out on the calendar, he’s definitely thinking about your relationship in the future tense.

This is generally an incredibly awkward encounter for both of you. And no sane man would subject himself to the embarrassing childhood stories and unrelenting relationship questions if it weren’t building toward some greater good. (Re: your relationship.)

RELATED: Study Finds The Number Of Couples Who Are Getting Married From Dating Apps

This article originally appeared on Womenshealthmag.com.