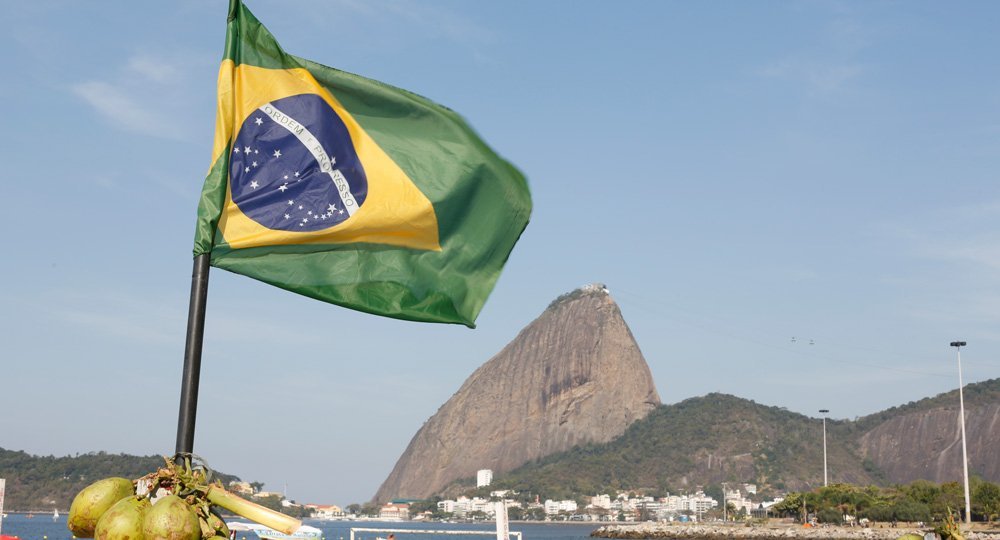 There is no other occasion, ever, that’s anything like the Olympics. It brings us all together: the whole world watching one single event on TV; the lucky people who can make it to the Games there among countless nationalities of people. In the stadiums we chatted to whoever was sitting next to us – sometimes they were from The Netherlands, Argentina, the US. In the outdoor areas of the Olympic hub we played ‘spot the nationality’. To be part of the whole thing is a thrill.

It is my scientific opinion that watching live sporting matches does big things to your hormones. There’s a reason they talk about games putting you on the edge of your seat, and nail-biting performances – you can really feel your adrenaline spike. Positive feels physically overwhelm you when your team is winning, and it’s a biological downer when they’re losing. This intense hormonal rollercoaster made me feel like a kid again, like when you got butterflies and couldn’t sleep on Christmas Eve. It also got me through on days when we’d only had a few hours sleep.

Pretty much loving life at the swimming heats. #Rio2016

Everyone cheers hard for their team – when an athlete from, say, New Zealand enters the stadium, it becomes clear how many Kiwi supporters are in the audience and where most of them are sitting. But then it’s heartwarming that no matter who wins, at the end of a race and during the medal ceremonies, the entire crowd goes wild for the winner. It’s sweet as.

At first we tried to speak Portuguese. The Brazilians usually looked at us like we were speaking Japanese. And of course the non-Brazilians couldn’t understand us either. In the end we realised everyone was speaking different languages and that the unusual scenario of an Olympics is that you’re allowed to just speak at each other in gobbledegook and laugh at the consequences.

There’s a tradition of swapping souvenir ‘pins’ that you attach to your lanyard. The aim is to collect as many different pins from as many different countries as possible. It gets you talking – at least with hand gestures – to strangers. People also collect beer cups, since each one displays a different Olympic sport. A good excuse to order another beer.

At WH we often get around in Nike and adidas. And it might sound superficial but at the Olympics, seeing people from all over the world wearing the same Flyknits or Trefoil jacket made me feel like – in the words of ‘I Am Aus-tra-li-an’ – WE ARE ONE. The sartorial equivalent of Coke being the whole globe’s go-to drink.

Watching TV doesn’t even compare to seeing the actual sportspeople perform in the actual stadiums. My perception of everything was very different – eg, the velodrome looked smaller to me IRL than it does on telly, it was quite an intimate experience with, in that case, the cyclists.

You don’t get the constant commentary

It’s ironic that, back home, you can’t escape the Olympics. It’s on Channel 7, it’s on the news if you’re not watching the Olympics, they talk about it on the radio, around the water cooler. In Rio, you don’t really hear that much about who’s won what or what happened when. And you don’t get the constant analysis and opinions. You just experience the sport and the vibe, it’s a more in-the-moment, emotional experience.

You realise Rio has done a bloody good job

I’m sure you hear so much about Rio’s lack of preparedness, the food shortages at the games, the potential security threats to tourists, etc. But when you’re there on the ground you appreciate what a mammoth task an Olympic Games is to put together in seven years. To have half-a-million tourists descend on you all at once, create 32 bespoke venues and schedule 42 sports would seem like an Olympic feat to any nation. So what if the Brazilians painted the ashphalt green because they ran out of time to plant grass? Props to you, Rio – I’m calling it a gold medal performance!

Alice is reporting from Rio for Women’s Health with Swisse. #swissepoweringdreams