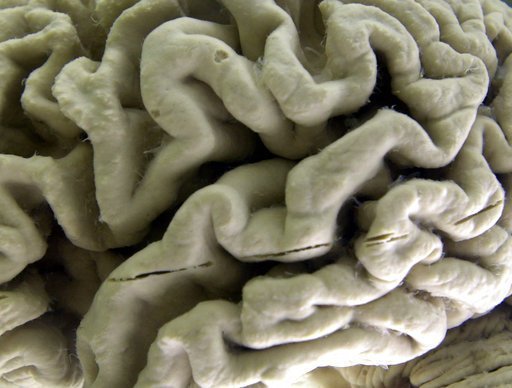 Decades ago, hundreds of nuns and priests made an extraordinary decision: They agreed to donate their brains upon death to science, hoping to help solve mysteries about Alzheimer’s and other diseases. Now, a study that used their gifts is giving some clues. It reveals that high blood pressure late in life might harm the brain.

Autopsies on nearly 1,300 older people, including about 640 clergy members, found more signs of damage and one of the hallmarks of Alzheimer’s disease in the brains of those with higher blood pressure than among those with pressure closer to normal, researchers reported Wednesday.

The study does not prove cause and effect, and it does not yet provide a comparison of rates of dementia or its most common form, Alzheimer’s—those results will take longer to parse. But it challenges a theory that high pressure is not as harmful in old age as it is when people are younger.

“We can’t be alarmist. This is preliminary data” that needs to be validated by others, said the study leader, Dr. Zoe Arvanitakis of Rush University Medical Center in Chicago. “It’s far too soon to make recommendations about blood pressure in older people based on this study.”

The research began in 1994 and combined people from three studies of aging who agreed to donate their brains for autopsy upon their death, including the Religious Orders Study of Catholic clergy throughout the United States. All were over 65 and without known dementia at the start and were followed until they died—at an average age of 89 and after an average of eight years in the study.

Two-thirds had high blood pressure, defined as a top reading of 140 or more when the study began (it’s now 130 under new guidelines adopted last fall.) Their pressures were measured once a year during the study—a strength of this work over some previous research that just relied on people to say whether they had high pressure or not.

After each participant died, researchers examined their brains for areas of dead tissue caused by lack of blood supply. These blighted areas can be tiny and cause no symptoms, so they’re sometimes called evidence of “silent strokes.”

About half of the study participants had one or more of these, and the risk was greater for those with higher blood pressure. For example, people with an average top reading of 147 had a 46 percent greater risk of having one or more of the bad spots than those with an average top reading of 134. People with higher bottom blood pressure readings also had a greater risk for this problem.

Researchers also found a link between higher pressure and one of the signs of Alzheimer’s—tangles of a protein called tau—but not another Alzheimer’s hallmark, amyloid plaques. This needs further research to understand the implications, Arvanitakis said.

“It’s a pretty strong study,” said James Hendrix, director of global science initiatives at the Alzheimer’s Association. “Autopsy data is really powerful” and has been the gold standard for diagnosing Alzheimer’s for many years, he said.

With Alzheimer’s, changes in the brain occur a decade or more before symptoms do, so high blood pressure may have been doing damage well before the age when these people enrolled in the study, he said.

“Lower blood pressure reduces the risk of those blood vessel blockages” that can cause a silent stroke, said another independent expert, the Mayo Clinic’s Dr. David Knopman. The work shows that “treating blood pressure throughout the lifespan is important.”