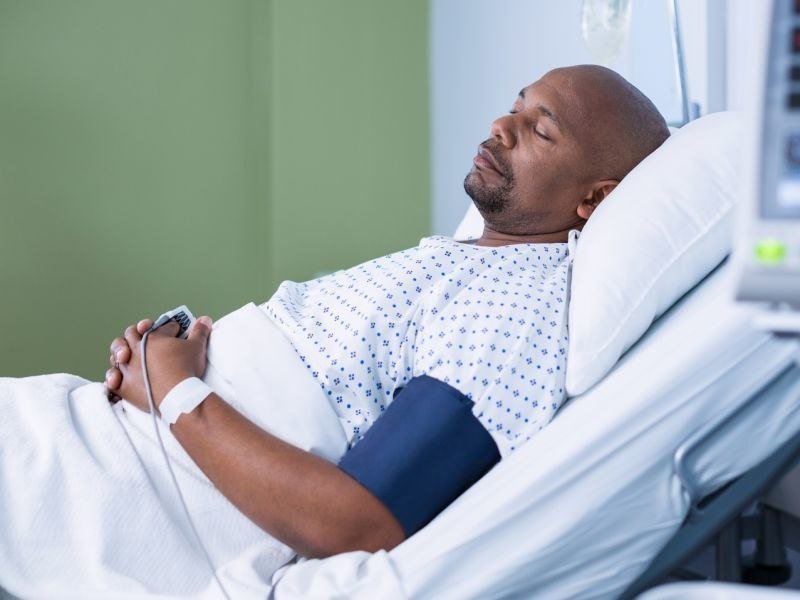 In addition, the supplement reduced hospitalizations by one-third.

Minniti said Endari likely will be used alongside hydroxyurea, which for decades has been the only medicine available to treat sickle cell disease.

“The data shows an improvement in symptoms as far as pain, but the improvement is modest,” Minniti said of the Endari trial. “In that sense, it’s not revolutionary. It’s additive.”

Sickle cell disease affects about 100,000 people in the United States, most commonly African Americans, according to the U.S. Centers for Disease Control and Prevention.

Red blood cells affected by sickle cell disease are rigid and sticky, bent into shapes that resemble sickles or crescent moons. They break apart easily and die, causing anemia, according to the Mayo Clinic.

Acute pain crises are a major complication of sickle cell disease that often land patients in the hospital. The U.S. National Institutes of Health says that these events occur when sickle cells clump together in small blood vessels, blocking blood flow and decreasing oxygen delivery to specific parts of the body.

Niihara said that he and his colleagues suspected that L-glutamine, an amino acid, might help ward off these crises by neutralizing oxidative stress in sickle red blood cells, allowing them to return to their normal shape.

For the new clinical trial, 230 patients were randomly assigned to receive either L-glutamine or a placebo in a 2-to-1 ratio.

People did better taking L-glutamine, either alone or with hydroxyurea, the investigators found.

The U.S. Food and Drug Administration approved Endari last year for treatment of sickle cell disease, and earlier this year the U.S. Centers for Medicare and Medicaid Services agreed to cover the drug.

Private insurance companies have followed suit and also are starting to cover Endari, which is pricey, Minniti said. A year’s worth of Endari costs about $40,515, compared with about $1,700 for hydroxyurea.

“Insurance most often covers it because the cost-effectiveness is there,” Minniti said. “When you decrease even one episode of vaso-occlusive [acute pain] crisis in a patient with sickle cell disease, that’s five to seven days of hospitalization. That’s many, many thousands of dollars.”

L-glutamine is a relatively common supplement used by bodybuilders and other athletes, but Minniti warned that sickle cell patients should not try to cut costs by buying the version available at health food centers.

Endari “is medicine-grade L-glutamine, so it doesn’t have all the variations of what you’d buy on the shelf,” Minniti said. “Patients would be very disappointed in the effectiveness of the over-the-counter supplements.”