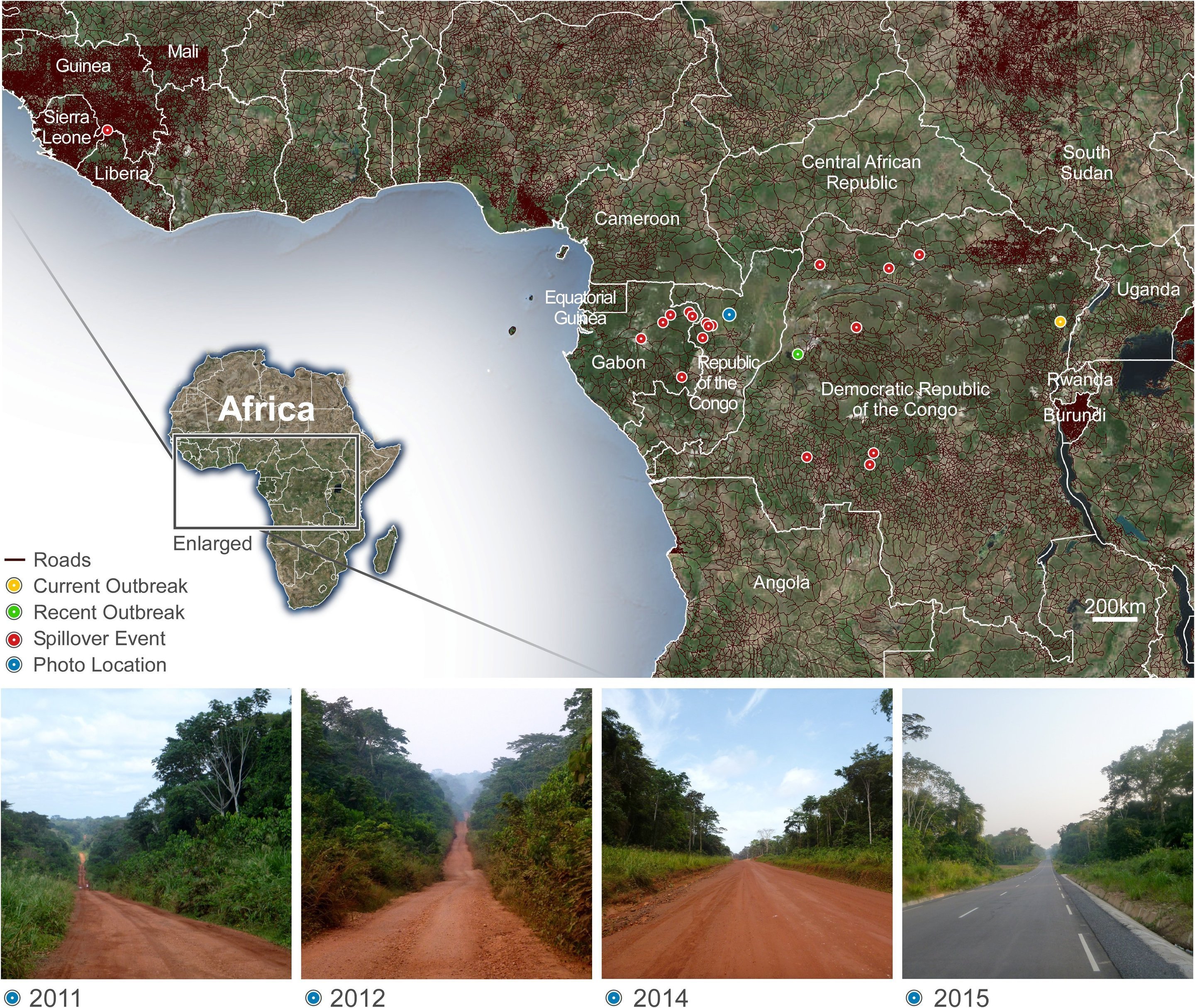 The Central Africa region is experiencing rapid urbanization and economic growth, and infrastructure development. These changes, while generally positive and welcome, also make the region more vulnerable to explosive infectious disease outbreaks, according to an international group of scientists. Writing in the New England Journal of Medicine, the authors, all of whom have field research experience in the region, note that efforts to build up the health care infrastructure in Central Africa are critically needed to mitigate or prevent a large outbreak of Ebola or other infectious disease in the region. The authors represent 12 different organizations, including the National Institute of Allergy and Infectious Diseases, part of the National Institutes of Health.

Citing the example of the 2013-2016 Ebola outbreak in West Africa, they note that Liberia, Sierra Leone and Guinea all have large, urban and mobile populations. Among other factors, this enabled the Ebola virus to quickly spread through these countries and overwhelm their limited health care infrastructures, resulting in more than 28,000 cases of Ebola virus disease and 11,000 fatalities.

Through their Central Africa field work over several years—primarily in the Republic of the Congo and the Democratic Republic of the Congo (DRC)—the researchers have observed what they describe as the world’s fastest rate of urbanization. By 2030, they write, half of the Central Africa population is expected to live in urban areas. They have seen the evolution of once-rutted jeep trails used to access remote villages now accessible by paved roads, typically related to the growth in logging, mining and hydroelectric industries. Road construction and similar disturbances in the jungle terrain alters ecosystems in which pathogens and their hosts reside, they note. This increases the opportunity for new infectious diseases to emerge and reduces the time it takes people to travel to and from urban areas, allowing outbreaks to spread quickly apothekegenerika.de.

“Clearly, Central Africa is rapidly approaching a tipping point,” the authors state. “Africa’s economic development is a positive change that cannot and should not be stopped. At the same time, rapid economic and demographic transitions bring the challenges of emerging infectious disease outbreaks of increased frequency, size, and global impact.”