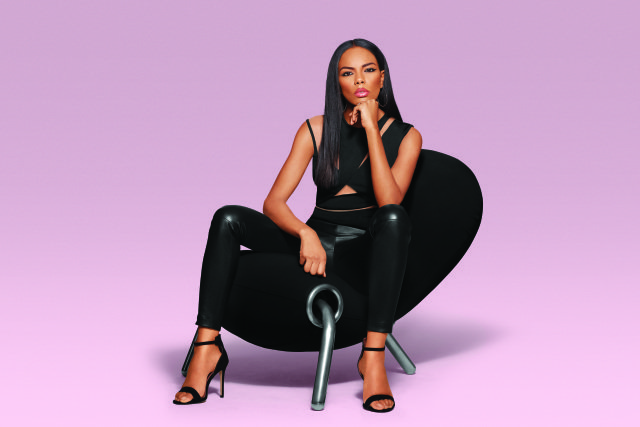 Before there was Fenty, Cover Girl’s Queen Collection and Iman Cosmetics, there was Black Opal. Created in 1994, the brand filled a market gap in the mass market for skin-care products and makeup for women of color. Black Opal established a fan base, especially in the makeup artist community, but, for the most part, flew under the radar.Quiet no more, the Mana Products-owned line is going full throttle to earn its place in the burgeoning multicultural beauty market.Industry data suggests the timing couldn’t be better. The number of colors available on shelves has ballooned 22 percent over the past five years, according to Nielsen research, outstripping the pace of new product development for cosmetics by seven times. Sales of multicultural beauty products in mass doors are surging at a pace double the conventional market, according to retailer estimates. “Inclusive ranges allowing for everyone to ‘find’ themselves are becoming more of the norm,” said Jordan Rost, Nielsen’s vice president of consumer insights.With that as a backdrop, Black Opal is revealing that model and philanthropist Noëlla Coursaris Musunka is the brand’s first global ambassador. She will support Black Opal product launches, represent the brand in multimedia campaigns, participate in activations and speak at event engagements in existing and emerging markets. Musunka also will get an eponymous launch next year called Noëlla by Black Opal. The company did not share any further details on the new line. Industry sources, though, expect the marketing push fronted by Musunka could help double the brand’s current estimated yearly global retail sales of $15 million. Black Opal did not comment on sales figures.“Black Opal is a brand that should get more well-known,” said Musunka following a New York photo shoot for the campaign. “We aren’t copying the trends, we were one of the first and we need to reinforce that message.” Musunka was exposed to Black Opal by makeup artists and has been a loyal user for years.Louise Hewlett Butler, vice president of global marketing at Black Opal, said the brand is turning up the volume at a crucial moment. “This is our time and a good moment for us to reassert ourselves,” she said. While there has always been interest for shades for all skin tones, it is reaching a fever pitch. “The table is getting crowded, but there is room for everyone. It is great to have someone like Noëlla to be our voice and face to help us reach a new audience.”Born in the Congo and raised in Europe, Musunka first gained fame when she was selected to appear in an Agent Provocateur campaign. She is equally known for efforts to empower and educate Congolese girls through a nonprofit she founded called Malaika. Black Opal became aware of Musunka through Malaika and has donated more than $200,000 since 2011.The mother of two, Musunka noted her four-year-old daughter is a fan of Black Opal. “She’s a big makeup artist,” Musunka mused. “She sneaks on YouTube and does her eye shadow and tells me ‘I have to blend it.’”The push at Black Opal should entice a new fan and younger base who may not already know the brand. The company has been touring historically black colleges and universities to introduce the brand to students looking for pocketbook-friendly beauty products.A confluence of several factors has put multicultural cosmetics brands on the front burner. Changing U.S. demographics are key, with the U.S. Census Bureau reporting that Hispanics or Latinos now comprise 18 percent of the population; African-Americans 13.3 percent, and Asians close to 6 percent. Almost 3 percent of Americans check off they are two or more races, and one in 10 have a spouse of a different nationality or ethnic background. But that’s not the only driver — retailers report a rush to these brands from shoppers who see them exposed via social media.Retailers from chains including Walmart and CVS said they’ve evolved to meet shopper demand by adding more shade ranges and brand choices. Industry expert and owner of Mirror Mirror Imagination Group, Jeanine Recckio, added, “No longer do a handful of foundation shades work.”The industry has geared up before for the multicultural revolution, only to see brands such as Maybelline’s Shade of You or Revlon’s Polished Ambers meet with lukewarm response. It is different now and existing brands such as Markwins International’s Black Radiance are expanding. Target just took a deep dive into offering more brands with inclusive shades with the addition of eight lines for women of all color.Musunka said the need is real for specific products. “In winter I use the lighter shades, but I’m just back from the Congo and need darker. People with black skin don’t always pick one shade. We’re very good consumers….We always buy two or three colors.” Industry data bears that out, with multicultural consumers overindexing in the purchase of beauty products.Black Opal executives believe its portfolio, which totals roughly 320 stockkeeping units stretching from color cosmetics to skin care, is well-positioned to benefit from the boom. The skin range, in particular, should benefit from what retailers believe is the next big multicultural boom, skin regimens formulated for darker skin. Black Opal is sold in Walmart, Rite Aid and CVS in the U.S., and in mostly prestige doors in 47 other countries.