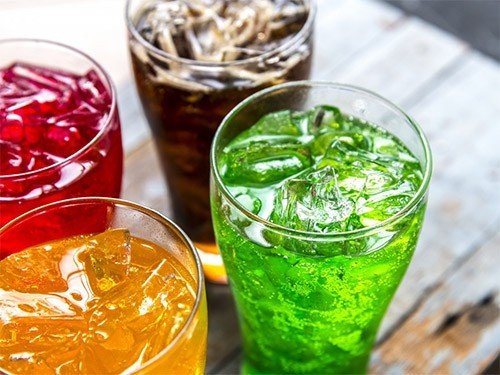 Consumption of carbonated soft drinks is declining, giving place to ordinary bottled water. However, soda and other sugary drinks are still popular, especially in the younger age groups. Researchers concerned about this fact and urge you to pay attention to the main risks to health associated with the consumption of such beverages.

1. They contribute to overeating. According to the study, liquid carbohydrates are less satisfying than their solid forms, this effect is clearly visible in the use of sweet carbonated drinks. Thus, being unable to provide any feeling of satiety, drink just deposited in the form of empty calories. In the end, to satisfy his hunger, increases food intake.

2. Dental health at risk. As you know, sugar is bad for teeth. But the choice of sparkling water without sugar does not solve the problem because it still contains acid that can weaken tooth enamel.

Sweet carbonated drinks contain phosphoric and citric acids that have a devastating effect on the enamel for 20 minutes. Therefore, the more sugary soda you drink, the longer the destruction of the exposed teeth and the weaker becomes the enamel. Over time, there is a high risk of caries, especially in children and adolescents because their teeth are most vulnerable.

The lack of fiber and excessive amounts of sugar cause a surge of blood sugar levels. If the person continues to drink sweet drinks to offset the inevitable sugar crash, he develops insulin resistance.

Two drinks a day doubles the risk of death from heart disease. And it was only drinks. We checked sweet foods, and this effect was not shared Dr. gene Welch (Jean Welsh), associate Professor of Pediatrics at Emory. Theoretically, people consume an excessive amount of drinks, because they, unlike sugary foods, do not give a feeling of satiety.

According to the materials of Medical Daily