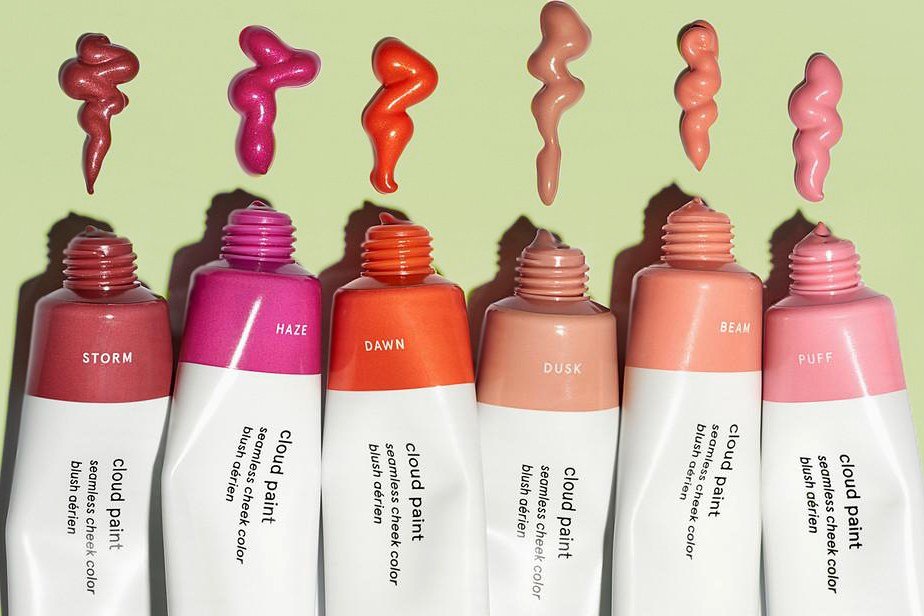 If the idea of getting a tube of Glossier's Cloud Paint for $4 instead of the usual $18 sounds too good to be true, that's because it is. According to a thread on Reddit's r/makeupaddiction, some shady people have started to sell counterfeit versions of the liquid blush on Carousell, which is what one user classified as "the Asian version of Depop." While some users lament that, sadly, buying from alternative sellers is the only way they can get their beloved Glossier products, since the company currently only ships to a handful of countries. It's worth noting, however, that buying fake makeup is never a good idea.

Though the knockoff Cloud Paint seller claims that their products are "OEM" ("original equipment manufacturer"), which means that it came straight from the manufacturer and is being resold, there's no way to be sure that this is actually the case. As one Redditor pointed out, "I mean, they can print whatever they want on the tube. That doesn't mean that's what is in the tube." True.

Another user called out the subtle discrepancies between these particular products and the real thing. "She claims they're OEM or straight from the manufacturer of Glossier Cloud Paints, but even so you can see differences in the packaging and the seller herself says there's a bit of fragrance (original cloud paint is fragrance free [sic]). She doesn't list the ingredients but claims they're the same (but why do they have different smells and textures then?)," that user wisely explained.

Not only is buying discounted Glossier products from an unauthorized seller unethical, but it can also be unsafe if those products are not actually "OEM." In general, fakes can be hard to spot — especially because such products are everywhere these days, and target nearly all of the most popular cosmetics brands. And according to reports, 34 percent of people only realized that the products were phony after they experienced a bad reaction. Not worth it, IMHO.

The bottom line? Spend the extra $14 for the real deal on Glossier.com. Your skin will thank you.