Home » Kids Health » Reading list for kids in Grade 6 and above, from a librarian! 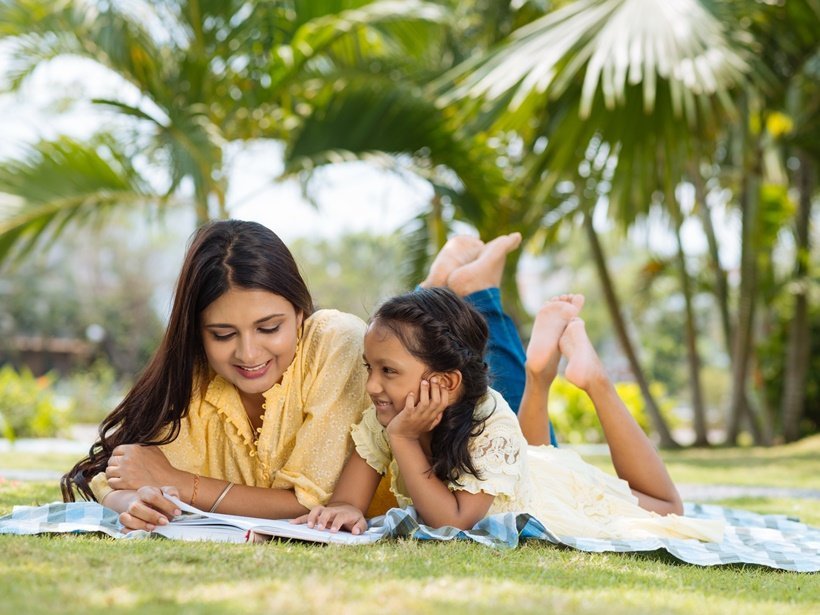 Here is an official list of books from a school librarian, so that your child never has to wonder what to read next. We’ve divided this grade-wise, but feel free to cross over to the higher grades, if your child has advanced reading skills. We recommend you read along as well, for double the fun!

Land of Stories by Chris Colfer

Chris Colfer’s books are so popular that there is a scramble for them all the time. Every sixth grader wants to read the entire series to learn what happens in the next adventure.

In the words of one of our sixth graders, Suhani, “It’s almost as if you are forced to read the next book. When I read Harry Potter, I had to see the movie to relate to the images but in the Land of Stories, the picture is instantly in your mind and it’s as if we, ourselves, are going on a most exciting adventure.”

A Little Piece of Ground by Elizabeth Laird

It’s the story of two Palestinian friends who loved to play football and when the curfew is lifted (during the war with Israel), how they play football on a little piece of ground where a deep and poignant friendship forms between the two boys. This book stays with you long after you have finished reading it.

Another must-read by the same author is Oranges in No Man’s Land. It’s an extremely moving story about a sick grandmother and her grandchild during the Israeli war and how the grandchild risks her life to get the grandmother her medicine.

Adventures with Feluda by Satyajit Ray

Watership Down by Richard Adams

Letters from a Father to a Daughter by Jawaharlal Nehru

The Diary of Anne Frank (Autobiography)

This is a memoir of Dr A P J Abdul Kalam by his closest student, Srijan Pal Singh, who had given up a very lucrative job offer in the beginning of his career, straight after his studies, to become Dr Kalam’s protégé. Theirs was a very special, unforgettable bond and a journey together, which he relates so vividly that one can almost hear Dr Kalam talking while sharing his intimate thoughts, knowledge and wisdom, with a foresight and intuition far ahead of his time. It is on the lines of the book, Tuesdays with Morrie but having read both, I feel each book has carved its own way to reach you and most definitely a must-read.

Inside Out and Back Again by Thanhha Lai

The Gita by Roopa Pai

The Moghul Series by Alex Rutherford

My Brilliant Friend by Elena Ferrante

A modern masterpiece from Italy’s most popular author, this is a heart-warming story about two friends, Elena and Lila, as well as the story of a nation and a tribute to friendship.

The story begins in the 1950s, and through these two women, Ferrante tells the story of a neighbourhood, a city, and a country as it is and proves herself yet again to be one of Italy’s great storytellers with its gripping masterplot and delightful narrative style.

To Kill a Mockingbird by Harper Lee

Stories of Hope and Courage by Harsh Mander

The Gita by Roopa Pai

It’s about a young Kashmiri college girl, Sehmat, who follows her father’s footsteps and transforms from an ordinary girl into a deadly spy.

She then gets married to a well-connected Pakistani General’s son with a mission to regularly pass on information to the Indian intelligence. She does this with extreme courage and alacrity till she stumbles on information that could destroy the Navy of her country. Inspired from real-life events, Calling Sehmat is a spy thriller that brings life to the story of this unsung heroine of war.

The Alchemist by Paulo Coelo

The Fountainhead by Ayn Rand

Despite Stolen Dreams by Anita Krishan

Eleanor and Park by Rainbow Rowell

Kane and Abel by Jeffrey Archer

Tuesdays With Morrie by Mitch Albom

The journey of an ailing Professor and his student and sharing his life’s lessons with his student to empower him to understand the world at large in a bigger and better way—a masterpiece!

Shall We Tell the President? by Jeffrey Archer

God Explained in a Taxi Ride by Paul Arden

The Pearl that Broke its Shell by Nadia Hashimi

Looking Away by Harsh Mander

The Book of Ram by Devdutt Pattanaik

Embrace the Chaos by Bob Miglani

The Origin by Dan Brown

In the words of an ardent Dan Brown fan, “The book Origin is a very bold answer to mankind’s oldest questions: Where do we come from? Where are we going? With actual places and events, it’s yet another intriguing tale and what if the premise of this book was true? It would alter so many paradigms…”

War and Peace by Leo Tolstoy

Have A Little Faith by Mitch Albom

The Prophet by Khalil Gibran

First Among Equals by Jeffrey Archer

Looking Away by Harsh Mander

Embrace the Chaos by Bob Miglani

(The writer is TGT Librarian at Shiv Nadar School, Gurugram.)