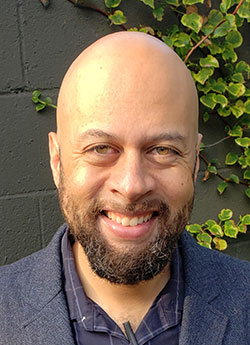 Carlos Ponce, MD, PhD, an assistant professor of neuroscience at Washington University School of Medicine in St. Louis, has received a 2020 Packard Fellowship for Science and Engineering. Each of the 20 Packard fellows — among the nation’s top early-career scientists — will receive a five-year, $875,000 grant to pursue research.

Ponce studies how visual recognition works in the brain. The brain remains the best visual recognition system, superior to artificial ones, partly because it may have more efficient ways to compress and represent the natural world. Scientists still do not fully understand the brain’s so-called neural code. Ponce has developed a new way to extract clues to the code directly from the living brain by presenting a series of images generated by artificial intelligence and monitoring the response of specific neurons. His work could lead to improvements in artificial visual-recognition systems used in security, medicine, transportation and other fields.

The David and Lucile Packard Foundation awards fellowships to faculty members who are eligible to serve as principal investigators on research in the natural and physical sciences or engineering. Fellows must be within the first three years of their faculty careers.