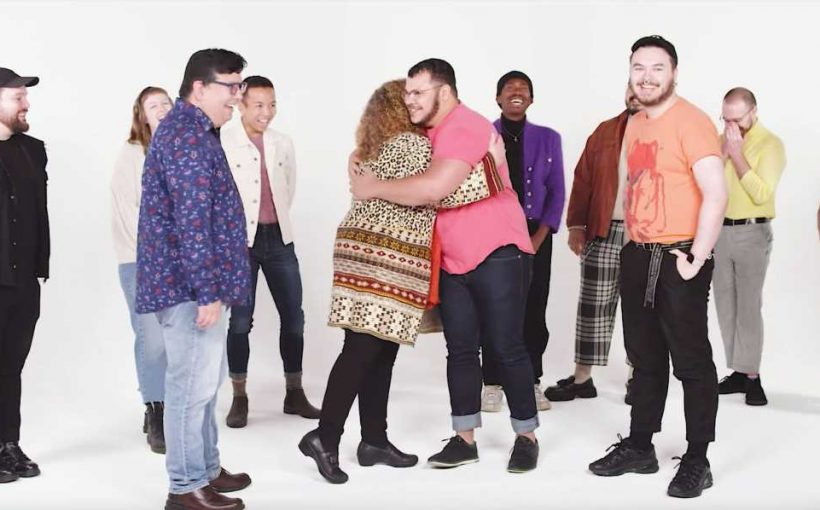 Most guys like to keep the details of their sexual life far from their parents. So too did Reece, until he found himself playing the game, “Guess Who’s Slept With Your Son?” on the Cut.

Yes, apparently it’s a real game, and yes, it’s as horrifying as it sounds. Reece was put into a room with his mom, dad, and eight other people. His parents then had to guess who Reece has slept with. They were allowed to ask a couple of questions to help them determine if their son had indeed boned the person across from him. His parents asked Reece to hold hands with the men or ask how they know each other. In a couple of instances, his parents even asked Reece to slow dance with the potential lay.

Reece’s parents quickly gathered that their son has a type. He likes thicker and hairier men. You know, daddies. Well, Reece’s daddy noticed the trend and commented that his son likes, “All those attributes like his dad.”

You can see the lightbulb switch in Reece’s head and boy, is he not thrilled. “I just ruined it for you,” his dad says, seeing how uncomfortable his son is.

At the end of game (really, it’s more of a social experiment), his parents ask how many men Reece has slept with. Reece says, “Forty-five,” to which his dad cooly replies, “It’s time to settle down.”

All I can say is I hope my parents don’t decide to play this game with the entire family sitting around the Thanksgiving table.