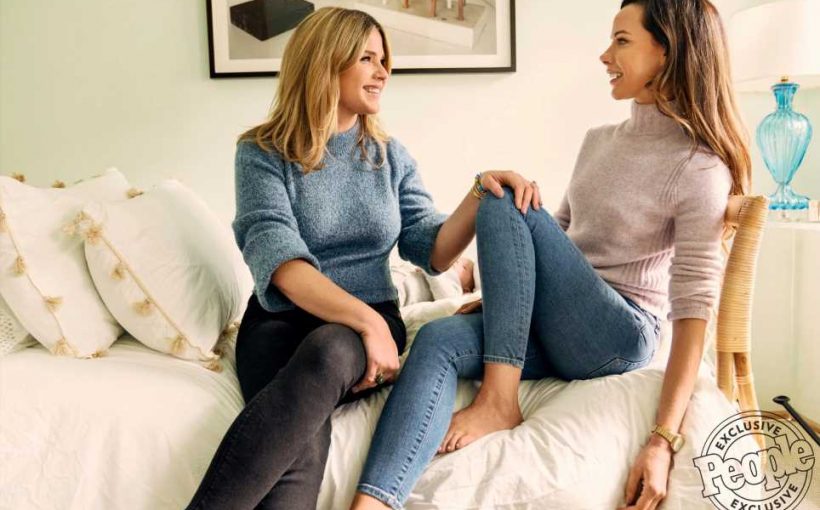 Jenna Bush Hager is respecting her twin Barbara Pierce Bush‘s decision to take family planning at her own pace — despite the opinions of her own children!

In a candid conversation with PEOPLE at home, where she posed with her kids for this week’s issue, the Today show co-anchor revealed that her daughters Poppy Louise, 4, and Margaret “Mila” Laura, 6½, are “dying” to have a little cousin to join them and their 3-month-old baby brother Henry “Hal” Harold.

“My mom always says people get their babies when they’re supposed to,” says Jenna, 37, noting that she’s “not trying to put pressure on” her sister, even though Barbara “wants children soon.”

In the meantime, Barbara is getting plenty of bonding time in with her nieces and nephew. Aside from being the first Hal’s first visitor at the hospital after Jenna gave birth in August, she has become a bit of a crafting queen in Poppy and Mila’s eyes.

“Barbara and my kids formed a glitter club, which I’m not part of because they think that I am going to be offended by the mess,” Jenna tells PEOPLE.

.Never miss a story — sign up for PEOPLE’s free daily newsletter to stay up-to-date on the best of what PEOPLE has to offer, from juicy celebrity news to compelling human interest stories.

But for Barbara — who wed screenwriter Craig Coyne in an intimate October 2018 ceremony in Maine, followed by a larger celebration in Texas this past April — she sees the opportunity as just part of her duties as an aunt.

“[Jenna] would prefer we be as clean as possible, but I think the role of aunt is to ignore that and have as much fun as possible,” Barbara jokes to PEOPLE. “So I bring candy, we make cookies with icing and sprinkles and we make glitter slime — and then I leave!”

“I’m the one that has to clean up the glitter mess,” Jenna laments, saying her preference for the messier crafts is that they be outdoors rather than inside. “I’m the glitter cleaner, which is not a fun thing to be.”

Barbara and Jenna are currently on a tour promoting their new children’s book Sisters First, which kicked off on Nov. 11 (the same day as Jenna’s return to the Today show from maternity leave) in New York City. The nine-stop tour wraps up on Sunday in Naperville, Illinois.

And while they “still share a room” when they travel together, the twins are “very different” personality wise aside from having “the same sense of humor” — and still as tight as can be.

“Watching us fall in love with each other, my mom [Laura Bush] was so thrilled about that,” Jenna tells PEOPLE of her relationship with Barbara. “[My mom was] an only child, and there’s nothing more special than having a twin sister. We’re so, so close.”

For more from Jenna Bush Hager and Barbara Pierce Bush, pick up the latest issue of PEOPLE, on newsstands Friday.