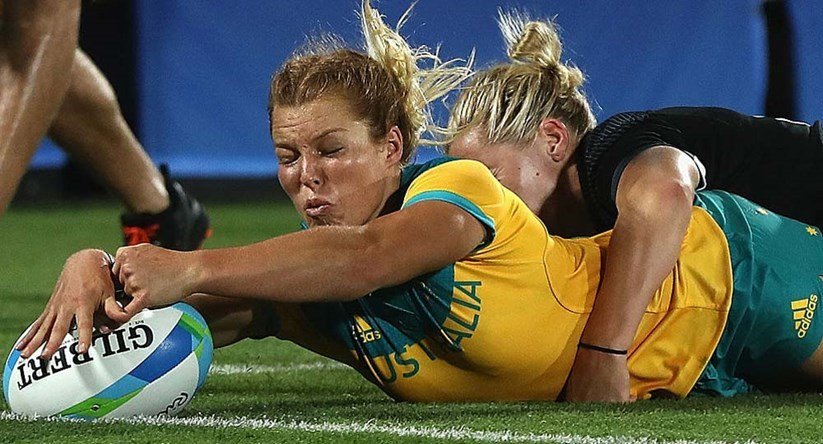 The all-conquering Australian women’s rugby sevens team has capped a dream year with a gold medal at the Rio 2016 Olympic Games this morning.

Top seeds after their dominant world series victory in May, the Pearls got off to a sluggish start against arch-rivals New Zealand who took an early lead 5-0.

But after two tries near half-time, the momentum quickly turned Australia’s way.

New Zealand countered with two late tries, but Australia had too much of a lead by then, and easily held to win 24-17.

It was the first time women’s sevens rugby has been played at the Olympics.

Get it for Android – http://rio.seven/googleplay

Get it for iOS – http://rio.seven/appstore

This article was originally published on New Idea.