Home » Personal Health » The Highlights Of The Rio 2016 Olympic Games From Our WH Rio Reporter, Alice 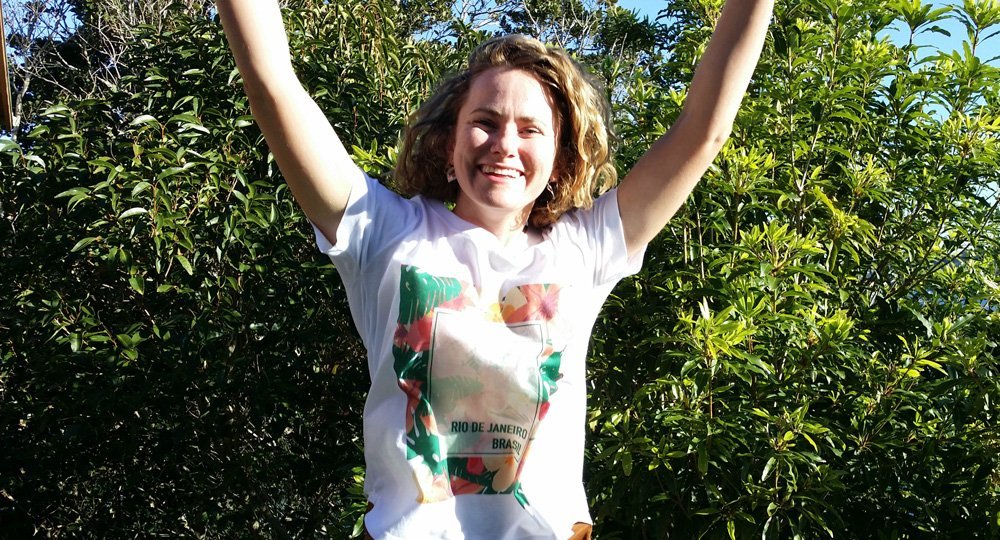 Hearing a bomb and finding out it was AOK

One night at the main Olympics hub we heard a bomb explode. We seemed to be the only ones concerned – we weren’t sure if that made it more or less disconcerting. But a phone call to one of our group’s private security team confirmed it was just a contained explosion – Olympic security cleared the basketball stadium because they found an unattended bag. They blew it up in a controlled manner and then discovered it was just some dude’s laptop and jumper.

If you’re ever in Rio, just go there. The 38m-tall Christ statue comes second to what are undoubtedly the best views in the universe. It is hard not to blaspheme about how good they are. Even the favelas look awesome from the 704m summit.

That there's where they do the Olympic rowing comps (pic taken from Christ the Redeemer). Rio is a serious hottie. -WH's @alicecellis reporting from #Rio2016 with @swisseau. #swissepoweringdreams #ISupportWomeninSport

Waking up to the view of Copacabana beach

Opening my curtains and seeing this across the road every morning was a treat. As was seeing it all lit up, and still pumping, before going to bed at night.

This upscale hotel with magnifico pool is where James Bond would order his shaken-not-stirred martini if he was in Rio. It’s what Sydney’s The Ivy wishes it was. Perfection.

Going inside The Edge

Having the opportunity to meet Olympians in The Edge, a big suburban house-turned hub for Aussie athletes and their family and friends to hang out away from the Olympic Village was cool. There was a pool, sports fields, rumpus rooms, a golf simulator, bean bags, model kangaroos. There I met…

Queue-jumping at the merch tent

When we arrived at the Olympic merchandise tent on the beach on our last day for some final souvenir shopping, the line was longer than Michael Phelps’ medal tally. We didn’t have time to wait so I went to the guards at the short preferential queue, stuck out my belly, rubbed it and said I was pregnant. They looked at me funny. So I said “I’m pregnato” (when in doubt, try adding an ‘ato’). They ushered me through and I said I’d have to bring the two ‘dads’ I was with. We were in and out within 10 minutes. Winning.

Apart from the fact that Aussie basketballer Liz is a legend and one of the best female basketballers in the world, she is (almost) as tall as Christ the Redeemer, which makes her even more awe-inspiring.

The chanting between the Brazilians and Argentinians

The Olympic grounds were generally pretty chilled, but one night, hundreds of Brazilians and Argentinians gathered together and started singing what we found out were World Cup chants. A Brazilian in the crowd roughly translated for us: “A thousand goals, a thousand goals. Pele forever. Maradona snorts cocaine.” Then the Argentinians would yell in reply. It was coolato.

The basketball game that blew my mind

Our Aussie boys vs the Dream Team. Third row, we could almost touch the (fantastic looking) guys, smell their sweat. Matthew McConaughey sitting right across from me among thousands of dancing Aussies, Americans, Brazilians. To everyone’s disbelief, the Aussie boys were creaming it – at least for the first half, when they were leading 54-49. Devastatingly, the Aussies start to get tired, and although it was pretty even for most of the second half, the Americans got 10 points ahead in the last five or so minutes. Final score 98-88. Bloody unreal effort, though, Boomers!

Alice is reporting from Rio for Women’s Health with Swisse. #swissepoweringdreams