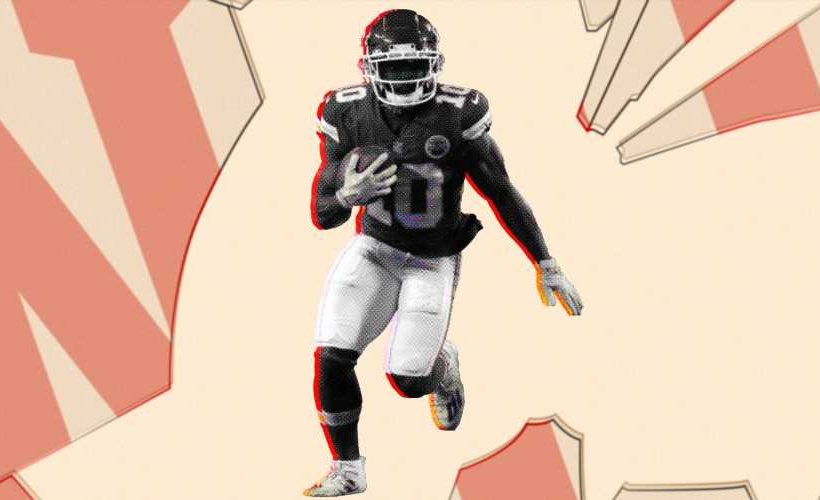 The NFL has vowed to stop using a controversial practice known as "race-norming," which assumes Black players have lower cognitive functioning than other white or non-Black players. The pledge came as part of a $1 billion settlement of brain injury claims brought by previous players.

Under the practice of race-norming, former Black NFL players had difficulty showing that they had a mental deficit from brain injuries suffered on the field, according to the Associated Press. As a result, they couldn't qualify for monetary damages from the NFL.

The race-norming standards were created in the 1990s as an attempt to offer more appropriate treatment for dementia patients, but have been criticized for the way they've been used to determine payouts in the concussion case brought against the NFL. The pledge came after several Black players filed a civil rights lawsuit over the practice, the AP says.

NFL spokesman Brian McCarthy told the AP in a statement that the race norms were created to "stop bias in testing, not perpetrate it," and that it was left to the discretion of doctors who are working on the settlement program.

"We are committed to eliminating race-based norms in the program and more broadly in the neuropsychological community," the statement read. "The parties to the settlement have been working with the magistrate judge and have assembled the leading members of the neuropsychological industry to help identify alternative testing techniques. Everyone agrees race-based norms should be replaced, but no off-the-shelf alternative exists and that's why these experts are working to solve this decades-old issue."

It's understandable to have questions about race-norming after reading this. Here's what you need to know.

What is race-norming and where did it come from?

Race-norming is the adjustment of test scores on the basis of race or ethnicity, Katherine L. Possin, PhD, an associate professor in residence in the Department of Neurology at the UCSF Memory and Aging Center, tells Health.

Race-norming hasn't only been used in the NFL. In medicine, for example, it can impact how doctors diagnose and ultimately treat patients (According to Possin, race-norming was "developed as a Band-Aid solution for over-diagnosing Black people with neurocognitive disorders.") In terms of employment, race-norming was adopted by federal employment services as a way to correct racially-biased aptitude tests and to try to meet equal employment opportunity and affirmative action goals, according to a research article published in the journal Public Personnel Management.

"Race-norming of test scores in hiring was a practice that gained favor in the 1980s, and was actually urged by the Department of Labor, until it was prohibited" in 1991, Jason R. Bent, associate dean for academic affairs and a professor of law at the Stetson University College of Law, tells Health. That happened when the Civil Rights Act of 1991 made race-norming and any other methods of changing or modifying employment-related tests on the basis of race or ethnicity illegal.

But race-norming in sports is slightly different. "The use of race adjustments or race-norming in connection with determining an appropriate settlement amount under a settlement agreement, as in the NFL settlement, for injuries is a different legal matter," Bent says—which can explain why, though the NFL says the practice was never mandatory, it was still sometimes used at the discretion of doctors in settlement cases.

What impact does race-norming have on Black NFL players—and is it used in other sports?

At the most basic level, it's difficult to prove cognitive damage—and cognitive testing can't show the specific cause of impairment, according to MedlinePlus, a resource of the US National Library of Medicine. "I know from professional experience that it is often quite hard to prove cognitive damage as well as to defend oneself of having caused it," Linda S. Gottfredson, PhD, professor emeritus at the University of Delaware who has studied chronic disease self-management, tells Health. She adds that it's a "very complicated legal matter."

In the context of the NFL lawsuit, applying race-based norms to determine whether a person has dementia and qualifies for a monetary award due to cognitive damage is "comparing these players to a lower standard," Possin says. "As a result, they have to score lower [on cognition tests] than a white player in order to qualify for an award."

The monetary awards in the lawsuit can be "substantial" and can help ensure that players get the proper care they need, Possin says. "By requiring race-based norming to be systematically used, the NFL has been making it to harder for Black players to get awards," she says.

Outside of the NFL, it's unclear if other sports use race-norming. "It could potentially be used in any neuropsychological evaluation," Possin says. "But it probably hasn't been used at this scale or level of consequence." But as it stands right now, the issue of race-norming in sports is "very particular to this lawsuit," Gabriel Torres Colón, PhD, a cultural anthropologist with research and teaching interests in race, politics, sports and intellectual history at Vanderbilt University, tells Health.

So what happens now?

Possin says that, while race-based norms have historically been used in several areas of medicine, that needs to change. "A better solution needs to be developed," she says.

According to the NFL, a panel of neuropsychologists—two female and three Black doctors—has assembled to propose a new testing regime to the court.

"The replacement norms will be applied prospectively and retrospectively for those players who otherwise would have qualified for an award but for the application of race-based norms," McCarthy said in a statement.