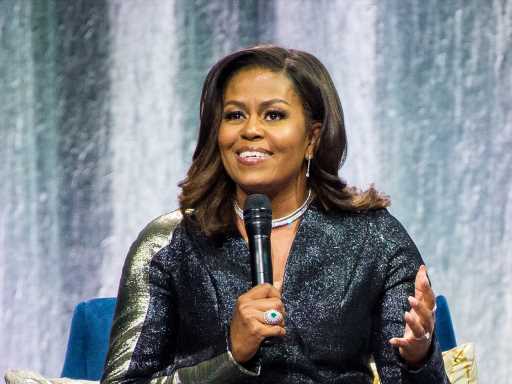 Zaya Wade had an amazing day. The teen, who is the daughter of NBA superstar Dwyane Wade and actor Gabrielle Union, had the opportunity to sit down virtually with former FLOTUS Michelle Obama, and she was beside herself with joy. 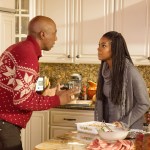 Zaya, whose excitement and initial nervousness at meeting Obama is so endearing, got some amazing life tips for teens during the interview, which was geared toward readers of the young reader version of Obama’s best-selling memoir, Becoming.

“What advice do you have for teens who want to be themselves, and thrive like you have and currently are?” she asked.

“Well, like you have and currently are,” Obama replied. “I am just so proud of you, you know, being just an amazing role model and embracing your truth.”

Zaya, 13, made headlines last year when she came out as trans. With the full support of her family, Zaya has embraced her identity and has become a role model for trans teens everywhere.

“You’re already doing this, so maybe this is for some other young people that are listening,” replied Obama. “I feel like it does take time to know what your self is, for young people, so my first piece of advice is, be patient with yourself, number one. At your age, or in the teenage years and probably through your twenties, you’re going to be experimenting with so many versions of yourself. All young people are trying on different versions, different voices. They’re learning more about their intellect, they’re learning about what they love, what they’re good at what they like. This is the period of exploration.”

Obama said she feels adults put too much pressure on young people to decide who they are and what they’re going to be when they grow up. Instead, she said teens should be allowed to explore their world, and “try a lot of things on.” She encouraged teens to break out of their social comfort zone and befriend people who are different from them, too.

The pair went on to chat about being open to change and the importance of taking risks and being OK with the uncertainty that comes with big life transitions.

“Trying on different things now and building that muscle to be OK with change will allow you to be bigger as you grow, because a lot of people don’t try new things because they’re afraid of transition, they’re afraid of the new thing,” Obama explained. “But everything good in life that’s gonna happen to you is going to require you to try something new.

Obama concluded this advice with another compliment for the teen: “I think you are the type of individual who will never feel stuck, and I think that’s one of the important things you’re offering to the audience that you’re serving.

Zaya posted the full interview on her Instagram page and shared a screenshot on her stories with the caption, “I’m so excited to have met this inspirational woman and my personal idol.”

Our mission at SheKnows is to empower and inspire women, and we only feature products we think you’ll love as much as we do. Please note that if you purchase something by clicking on a link within this story, we may receive a small commission of the sale.

Read about how Heidi Klum, Angelina Jolie, and more celebrity parents co-sleep with their kids.