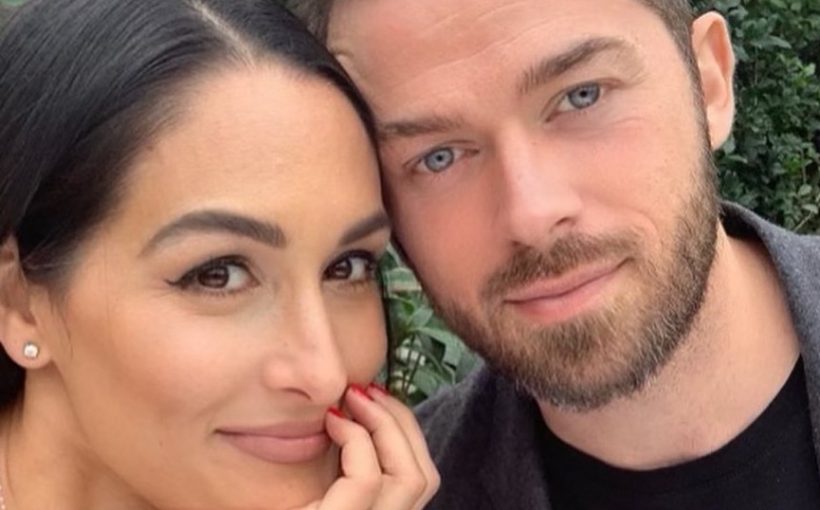 The Total Bellas star, 37, and the Dancing With the Stars pro, 38, were initially “hot and heavy” after their 7-month-old son Matteo’s birth — but now have “super tired” sex.

“When you have tired sex with each other, it’s like one’s leaning onto someone too much,” the former professional wrestler explained while promoting her and Brie Bella’s Tearless haircare line for babies. “And it’s like, OK, wait. … I need something else. Like, I need energy. Even for me, I’ll be like, ‘Let’s see. I’ll be on bottom. It’s OK. Let’s just do missionary.’”

The California native joked that she “loves” having missionary sex with the Russia native, explaining, “When you’re with a dancer and how they work, it’s bomb.”

“I didn’t even make it to the six-week point, I just started at five,” the E! personality said during a September 2020 “Total Bellas Podcast” episode. “I was like, ‘I’m healed, I’m fine.’ Even though last night it didn’t seem fine, but that’s OK. It was a little different. I felt like organs were about to drop out. I was like, ‘Shoot, did I mess up?’”

Her twin sister, also 37, replied at the time: “Nicole, enough about all the gross stuff going on with our vaginas, especially yours.”

Earlier that same month, Nikki wrote via Instagram that she was getting her “groove back” two months after giving birth to Matteo.

“Postpartum panties out the door, boobies still off limits lol, but every day feeling more like me and my Daddy is getting his groove back,” the new mom captioned a “hidden cam” Instagram video of herself dancing with the choreographer.

She explained this social media upload during the podcast episode, telling Brie: “I’m like, ‘Oh, my God, I totally did make it like Artem’s throwing my panties out the door.’ I did not mean that. Like, I’m not bleeding, there’s nothing wrong. No more postpartum panties. They’re out the door. But maybe I should’ve said like in the trash, away for good.”

Becoming a mom inspired Nikki and Brie to add Tearless to their Nicole + Brizee line, they told Us on Thursday. “Being a mom every day, you’re surrounded by baby products using them,” Brie explained. “You’re constantly thinking about them. Nikki and I were like, ‘This is our life now. So why don’t we come up with our own baby line?’”