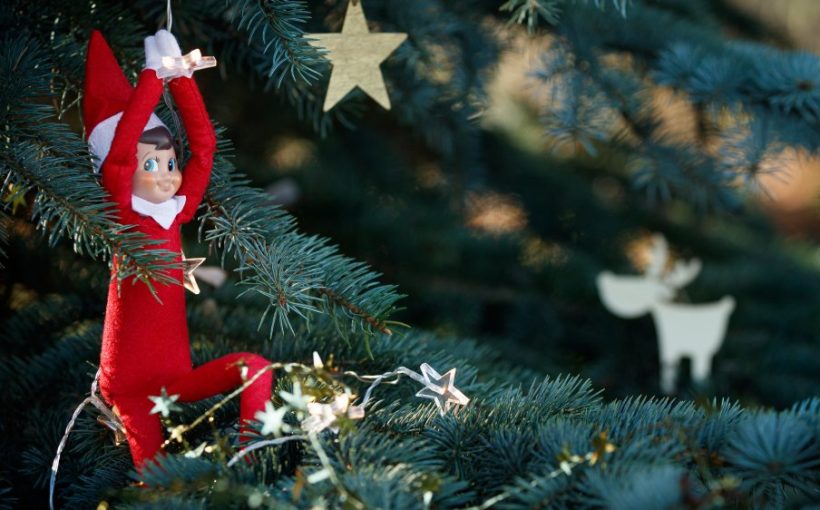 Like it or not, Elf on the Shelf has become an American tradition. It began as a story written by a mother and daughter team, who felt that their elf was a childhood icon to be shared with the world. They used their own money to start a publishing company and began selling kits at Christmas fairs and events. It wasn’t until 2007 that Elf got his first big break, and by 2011, Elf sales had hit $16.6 million, making a tidy profit for those who believed in Elf and his potential (via All Christmas).

Today social media is full of ideas on how Elf might get off his shelf and bring a bit of Christmas magic to the children he’s meant to be watching over. Some of these Elf on the Shelf ideas are incredibly creative, for those Pinterest-loving parents who revel in the tradition themselves. Other Elf ideas are super simple, because let’s face it — sometimes it’s 2 a.m. and you just want to stick the dang elf somewhere easy. But there are also plenty of funny Elf on the Shelf ideas floating around. Here are some of the good ones.

Have Elf on the Shelf hang out with a kitchen celebrity

Elf on the Shelf may be a celebrity in his own right, but we’re sure he’d be into the idea of basking in the limelight with someone just as famous (or even more so). With a Sharpie and a bit of creativity, you can turn the residents of your egg carton into punny celebs. A music-loving Elf will enjoy the company of Egg Sheeran or The Eggles, while a fitness and movie Elf fan will be thrilled to hang out with Arnold Schwarzenegger. You might need to take a bit of time prepping your egg’s hair and explaining the “jokes” to your children, but you’ll get a giggle in the process.

There is nothing more frustrating than trying to find the perfect nose for the best looking snowman. Fortunately for us, Elf is on hand to help your children decide which carrots works and which ones don’t. After all, if Elf gets to make recommendations about who is naughty and who is nice, he’s probably able to pick the ideal nose for your next snowman.

One Elf may be tough to deal with, but more than one will definitely be a handful. For an added laugh, have Elf make copies of his tush to hand out to his biggest fans — you can always say that things got a little out of control at the Elf on the Shelf Christmas party this year.

You might not have any pets, but there’s no telling who or what Elf’s had in the house after he’s been to the North Pole and back. If he’s brought a bit of white puff back into the house and it looks suspicious, make sure your children know the first rule of snow engagement: You never ever eat yellow snow.

Isolate Elf on the Shelf over his questionable toilet habits

Have you ever caught a whiff of an elven fart? We suggest you don’t find out what the toot smells like, because it may be a lot worse than it sounds. Instead, keep Elf isolated in an enclosed space like a huge transparent glass jar with a “do not open” sign. After all, he’s not likely to be as grossed out by his own odors as we might be. Tell your child not to worry — Elf doesn’t have to be on his own for too long… just until he settles down, that is.

We get it. There are days when nothing goes right for anyone in the house. And there is nothing more devastating for Elf, who is meant to report back to Santa, that the children he’s watching over are edging ever closer towards the naughty list. For those days, we’d completely understand if Elf decides to go on strike until the children start behaving again. The kids might not think this particular Elf idea is so funny, but the parents will, because, upside, you get a break from their Elf on the Shelf duties until they shape up.