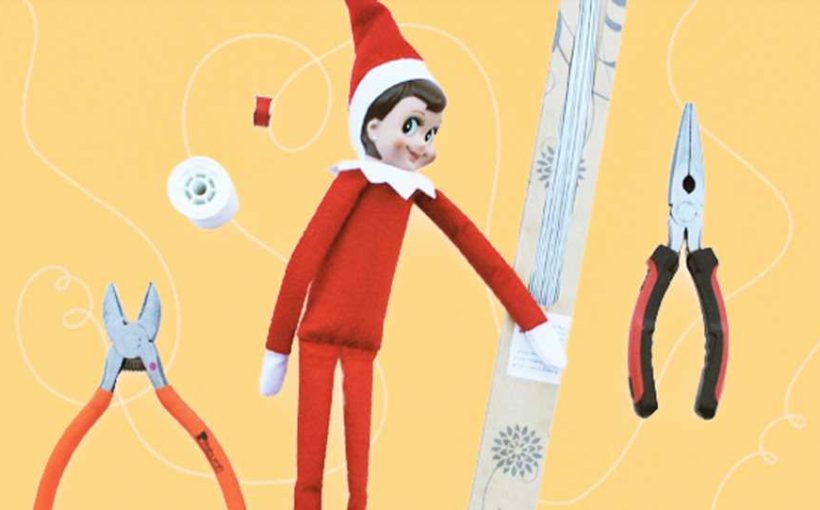 Ye Olde Elf on the Shelf has become part of plenty families’ holiday fun all December long. He’s playful, sly and always up for some hijinks. Plus, he can be a fun way for parents to stretch their creative imaginations and add some extra magic into the holidays — the parents who aren’t in the staunchly anti-Elf camp, that is.

There are a ton of great ideas about how to place Elf around the house, but many of them have him dangling, hugging or climbing his way into mischief — which is a little strange, because Elf doesn’t come with bendable parts. So how did Elf do it?

Here’s how we made our Elf on the Shelf, lovingly referred to as Sparkle, bendable. With a little bit of hand-stitching, Santa/you (away from the eyes of children, I recommend) can get your elf ready for the most daring adventures yet. 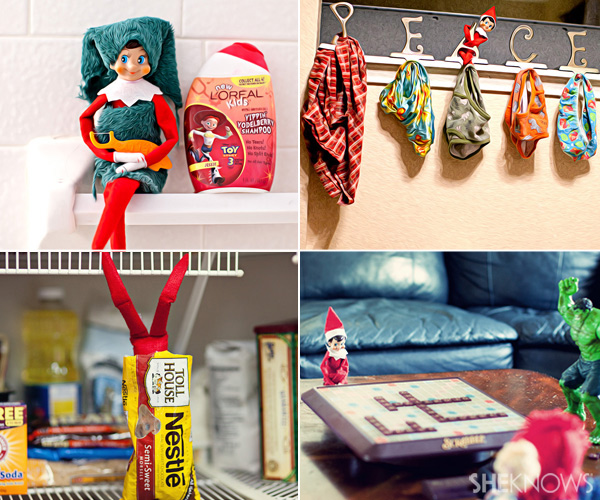 Wire cutters, needles, pliers… does this like too much for you and Elfie to handle? Then check out our simple no-sew option at the end of the article. 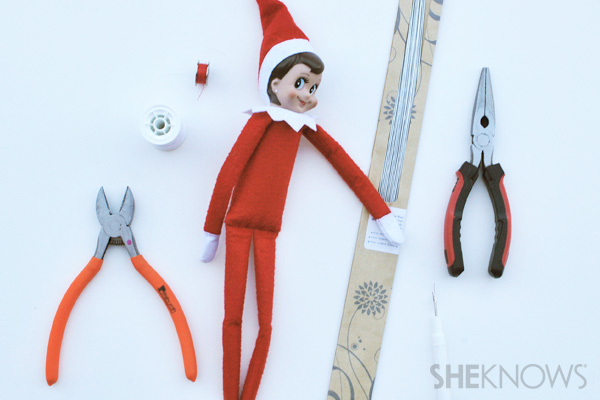 Prepping the elf for surgery

The elf’s reconstructive surgery is best done during nap time or while your kids are at school — because of course, if you touch him in front of the kids, he will lose his powers! Give the elf a pat on the shoulder, assure him he’ll pull through just fine, and if you haven’t already, use the seam ripper to cut the thread holding the Elf’s hands together. 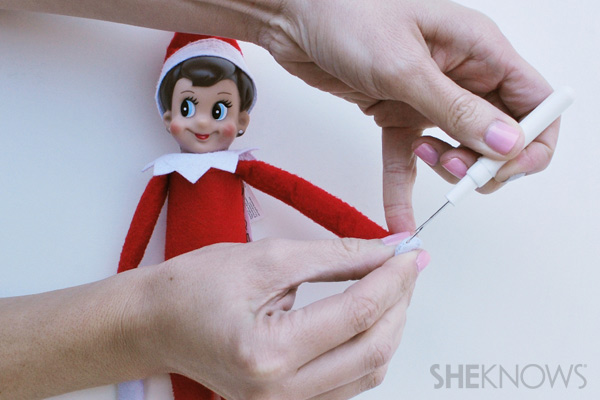 Using the seam ripper, remove 3 to 4 stitches from the tip of the elf’s hand. You only need an opening large enough to slip your wire through. 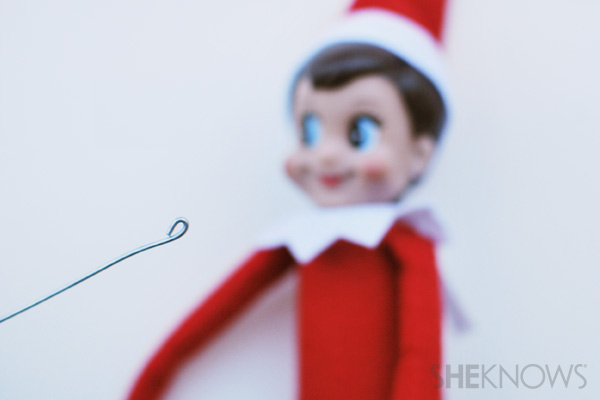 Using the needle-nose pliers, bend the top of the wire into a loop. This prevents the wire from poking through the end of the elf’s arm or leg. 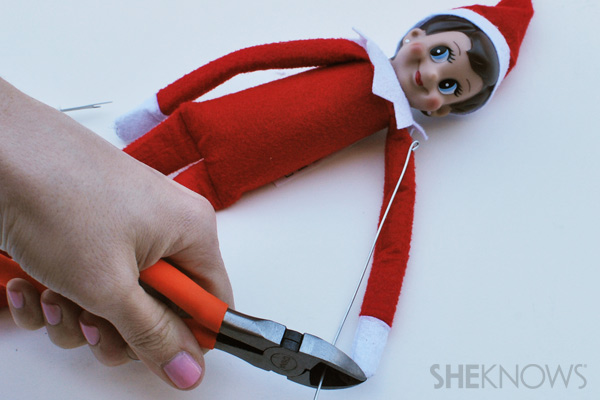 Lay the wire along the elf’s arm to measure how long you need it to be. With the wire cutters, cut the wire just short of the end of the elf’s hand, and bend this end into a loop as well. 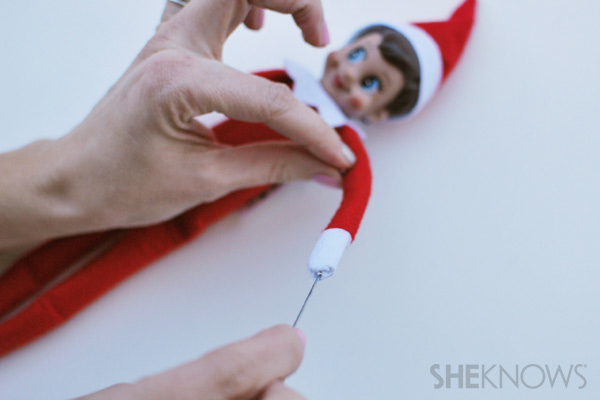 Slip the wire into the opening in the elf’s hand and work it up toward the elf’s shoulder. If it’s still peeking out of the elf’s hand, you’ll need to recut the wire and make it shorter. 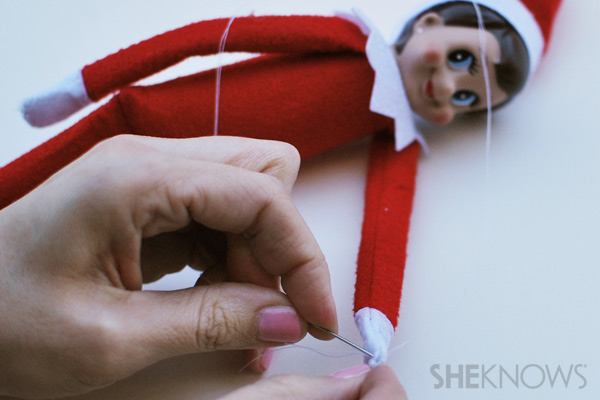 Using your sewing needle and white thread, begin stitching up the elf’s hand. Trim the threads. 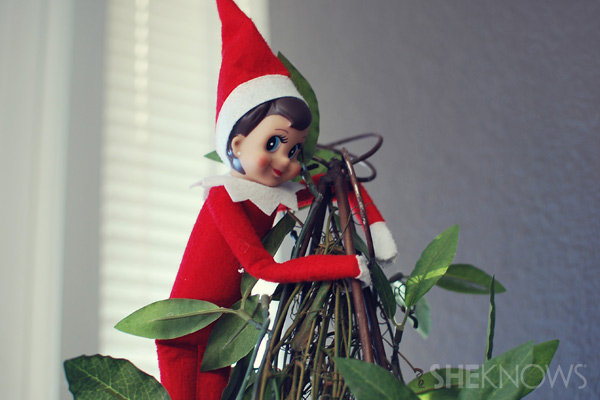 Repeat this process for the elf’s other arm and legs (use red thread when stitching up the elf’s legs) and voila! Your elf can now grasp almost any surface by bending his arms and legs.

Want a sew-free surgery option for your Elf on the Shelf? You can attach a small piece of white Velcro to the insides of your elf’s hands using hot glue. The elf’s hands will be able to stick together so it can hang from things like chandeliers, cabinet knobs, fan pulls… you get the idea.

A version of this article was originally published in November 2015.