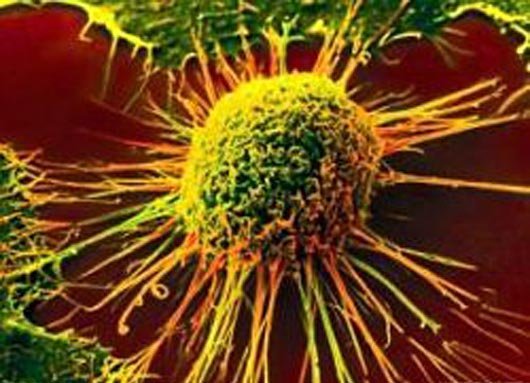 Important research by Barrow Neurological Institute neurosurgeons and University of Washington (UW) scientists on novel imaging technology for malignant brain tumors was published in the August issue of the Nature journal, Scientific Reports. The research was conducted by Drs. Mark Preul and Evgenii Belykh at the Barrow Neurological Institute Neurosurgery Research Laboratory along with Drs. Leonard Nelson and Eric Seibel from the Department of Mechanical Engineering and the Human Photonics Laboratory at the University of Washington.

The neurosurgeons and scientists evaluated use of state-of-the-art optical technology built into commercial grade operating microscopes used in neurosurgery to detect the glow produced by adding the pro-drug 5-ALA to experimental malignant brain tumors. 5-ALA is approved for administration to patients to increase the detection of the margin of invading brain glioma tumors, and thereby allow for a wider or more extensive brain tumor removal. As the most important visualization tool in daily use for neurosurgery, operating microscopes are gaining advanced functionality with innovative illumination modes.

To ensure surgical success, the neurosurgeon must fully understand the illumination properties and functionality of the microscope, especially within the context of fluorescence-guided tumor resection. The principle of fluorescence-guided tumor resection relies on the use of targeting agents with fluorescent properties that can be administered to patients before or during surgery. These agents are intended to accumulate within and around the tumor tissue or within the cells of the tumor, depending on the selectivity and actions of the fluorophore. The desired diagnostic result is to improve visual differentiation and detection of the tumor tissue margins during surgery based on fluorescence. The most notable recent example of a fluorescent agent developed for tumor detection in neurosurgery is 5-aminolevulinic acid (5-ALA), which is used to indicate the presence of tumors and the border regions of malignant gliomas.

Understanding both the nuances of its fluorescent properties and the effects that occur with changes in excitation intensity and duration of light exposure is critical to optimizing the intraoperative utility of 5-ALA as a guide for the surgeon to discriminate the border region of the tumor. The process of drug signal photobleaching and the reduction of fluorescence that occurs are believed to be directly related to the light intensity of the operating microscope and the duration of exposure.

However, although in wide use, this state-of-the-art imaging has not been thoroughly evaluated for commercial grade operating microscopes used for neurosurgery. The scientific group evaluated for the first time the rate at which the fluorescence signal intensity caused by 5-ALA declines with exposure to light. The scientists found wide variability in the microscopes in neurosurgery for detecting the fluorescence signal and that it bleaches out at variable rate detection. Commercial grade operating microscopes are increasingly outfitted with modules for fluorescence emission detection at various wavelengths. These special illumination modules have become commonplace during neurosurgery for cerebrovascular disorders and are increasingly used for brain tumor resection procedures. Comprehension of the microscope illumination output, fluorescence, and photobleaching can have a profound influence on the suitable protocol a neurosurgeon will follow for tumor resection, especially at the tumor invasive margin. The extent of resection for both low-grade and high-grade gliomas has a weighty impact on patient life expectancy.

Drs. Nelson and Seibel stated: “Our development of standardized methods thus becomes increasingly important for clinical trials and studies that obtain measurements or observations using the surgical microscope in intraoperative fluorescent modalities during the resection of neoplastic brain tissue. Our study advocates for the detailed quantitative analysis of fluorescence for improved accuracy of fluorescence guidance and identification of tumor tissue.”