Home » Health Problems » For the parents of gender-nonconforming kids, a new approach to care 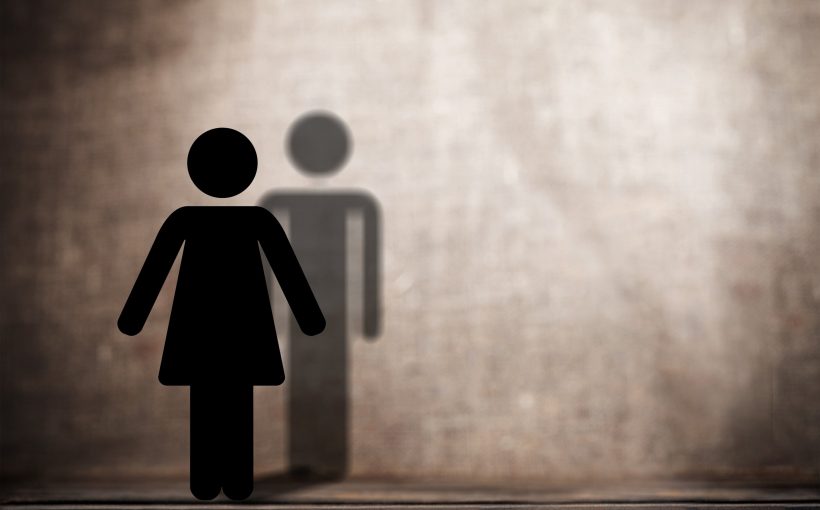 Ari had a difficult time talking about his gender.

He had always been feminine, insisting on wearing only androgynous clothing, flowing pants in bright colors, patterned shirts and scarves. His hair was long and carefully arranged, and his nails were usually painted with a kaleidoscope of colors. By the time he was 12, he vacillated between using male and female names and pronouns. At school, he mostly socialized with female classmates while performing in school plays and making art.

When I met his mother, Sandy, at an event for parents of trans and gender-nonconforming children, she spoke anxiously about his experience of puberty, his struggles with depression and the daunting task of helping him cope with the changes in his body. Sandy read every parenting manual on gender nonconformity she could get her hands on. She wasn’t sure whether Ari would grow up to be a gay man or a transgender woman, and she felt a tremendous amount of discomfort with that uncertainty.

Sandy was like many parents I met while doing research for my new book on families raising gender-nonconforming children. These parents often struggled with the question of how to tell if their child was really transgender, merely experimenting with gender or, instead, simply growing into an adolescent gay identity.

The media teaches parents to doubt

The parents and clinicians with whom I spoke all wished that there was some foolproof method to determine whether kids were actually trans. They longed for a formula that would tell them, with certainty, that they could safely assist these kids with social and medical gender transition without fear of mistake or regret.

News articles and blog posts on the subject seem to appear weekly. In July, for example, The Atlantic published a cover story about Claire, a gender-nonconforming 14-year-old. After a period of consideration, Claire decided that she didn’t ultimately feel the need to transition. The author of that article, Jesse Singal, used Claire’s experience to illustrate the complexities of parenting gender-diverse children.

I found the article troubling, however, because it was a prime example of two dangerous trends in public discussions of parenting gender-nonconforming youth.

First, Claire’s experience is not at all typical. The American Psychological Association has found that children who “consistently, persistently and insistently” tell the adults who surround them that they are transgender almost never have a sudden and complete change of heart. Indeed, they say, gender identity is resistant – if not immutable – to environmental intervention. Children can and do learn to “cover,” a term sociologists use for downplaying parts of one’s identity to assimilate. But that’s different from no longer feeling transgender.

Second – and perhaps more important – this article and others shift the focus from whether a child might be transgender to asking how it might be possible for them to not be.

This is called “cisnormativity” – the cultural belief that being gender-normative is inherently better than being trans. And the media is, at times, its biggest proponent.

Stories and false statistics that exaggerate the proportion of children who stop exhibiting gender nonconformity may offer comfort to anxious parents who long for an easy life for their kids. They also prompt those parents to interpret any signs of struggle or ambivalence as de facto evidence their child is not trans, to withhold information about transgender lives from interested children and to create an atmosphere in which children learn to hide the complexities of their experiences to garner the approval of adults.

This is not a new story.

For decades, transgender adults have written about how, when seeking gender reassignment, they needed to seem authentically trans – and report a total identification with the other gender – to physicians and psychologists. This could entail an exclusive preference for clothing and activities consistent with the other gender, a heterosexual sexual orientation and an ability to pass as a member of that gender. Absent those criteria, trans people would be turned away from medical care and disbelieved by friends and family.

As a result, many learned to cover up their ambivalences, struggles and self-doubts. They learned to present a version of trans that seemed foolproof to cisgender people: a narrative in which gender is certain, impervious to the vicissitudes of actual emotional life.

This is not to say these trans people were uncertain about who they were. That’s simply untrue. But self-knowledge rarely comes packaged in a single coherent narrative.

And yet, this is the expectation we have of the children in our lives.

It’s possible to do better. Development is not a linear process. It can weave through joy and ambivalence, through pain and delight. Adult gender doesn’t come easily to anyone. It’s fertile ground for self-doubt and humiliation, experimentation and adaptation.

Think for a moment about your own adolescence, the time when you experienced rapid bodily changes, social maturity and emergent sexuality. Few of us remember this process as smooth and linear. Now imagine you had adults – perhaps even your parents – scrutinizing this process each step of the way and trying to nudge you to fit neatly into an identity or way of behaving that felt uncomfortable. This is a recipe for depression and anxiety in children. In anyone, really.

Moving toward an affirmative model

Dealing with uncertainty and ambivalence can be especially difficult for parents who fear their children will face discrimination in their communities. But the truth is, it’s difficult for all parents.

As more families grapple with the complexities of gender development, we see stories of children and parents being offered guidance and support by clinicians who work from “an affirmative model of care.”

This affirmative model doesn’t push kids toward a transgender outcome or even a linear narrative. Instead, clinicians teach parents to pause, absorb the messages their children are sending and then articulate what they are seeing back to their children. Parents and psychologists help children express their genders in authentic ways, and then work to understand the significance of the things they are saying and doing. It takes times and practice.

Affirmative clinical work treats all gender variations as signs of health – not illness – and supports the unhurried unfolding of a child’s emergent self. In this context, uncertainty and ambivalence are a part of transgender development, just as they are for all gender development.

After some time and discussion, Sandy, Ari and his therapist decided to put Ari on Lupon, one of a class of drugs used to suspend the body’s production of the hormones that incite puberty. Sandy works hard to allow Ari to vacillate in his gender presentation and in his sense of self.

When we last spoke, she told me she didn’t know where he would end up. She knew there was no foolproof way to tell, only a process to endure.