Home » Health News » Will a lack of sleep give me dementia? 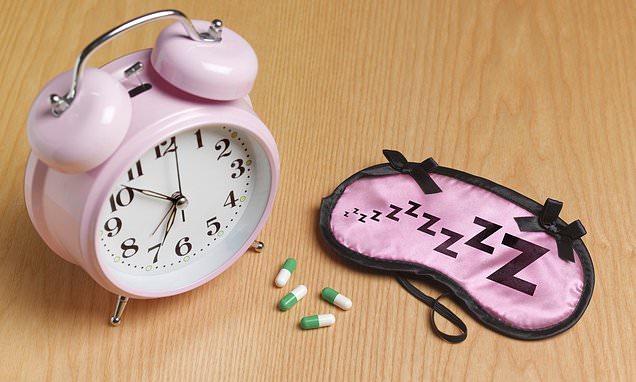 ASK THE GP: Will a lack of sleep give me dementia? Dr Martin Scurr answers your health questions

I’ve been a poor sleeper since childhood and been prescribed Zolpidem for 17 years. Last November, my GP said it was now policy to stop patients taking sleeping tablets long term and I had also read reports linking them to dementia, so I reduced the tablets. I now manage on between two and four hours’ sleep a night. But I’ve also read that insomnia is linked to dementia.

You won’t be the only reader concerned about the reported associations between chronic insomnia and an increased risk of dementia.

But it’s important to bear in mind that an association is not the same as a cause: multiple blue flashing lights far ahead on the motorway may eventually turn out to be emergency vehicles attending an accident — but flashing blue lights were not the cause of the accident, they were an association.

Insomnia is where people have extreme difficulty getting to sleep or staying asleep for long enough to feel refreshed the next morning (most adults need between seven and nine hours’ sleep). It’s a common problem, affecting around one in three adults in the UK. 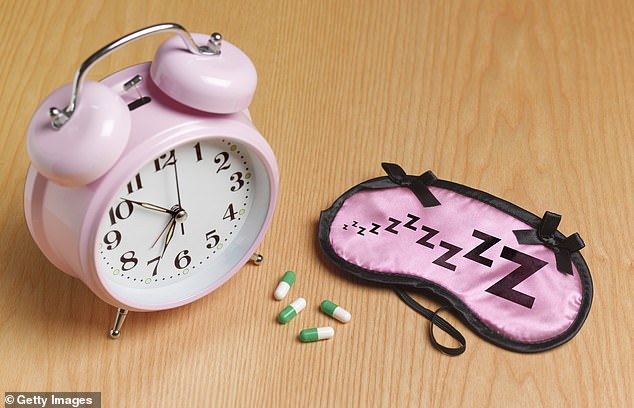 Insomnia is where people have extreme difficulty getting to sleep or staying asleep for long enough to feel refreshed the next morning (most adults need between seven and nine hours’ sleep). It’s a common problem, affecting around one in three adults in the UK

Anxiety, stress and depression are some of the most common causes. So too are medical conditions such as arthritis and chronic pain.

Research has shown that a lack of sleep is a factor for developing Alzheimer’s disease, the most common form of dementia — though not all those who have slept badly for years will necessarily develop the disease.

One of the key findings of studies is that sleep quality deteriorates for all of us with age and this is linked with memory impairment. But that doesn’t mean we will all get dementia.

MY VIEW: Don’t fret about that hot cuppa

There were more than 9,000 cases of oesophageal cancer (or cancer of the food pipe or gullet) diagnosed last year, 3 per cent of all cancer cases.

More than half of those cases could have been prevented; we’ve known for years the disease is caused by lifestyle factors such as smoking, alcohol consumption and obesity. The greatest risk factor, however, is age, as recurrent damage over years ultimately takes its toll on the food pipe.

But I’m often asked by patients, does drinking hot tea for many years also damage the gullet?

It’s a good question as tea is the second most widely drunk beverage in the world after water.

It’s known that catechins — contained in both green and black tea — can act as powerful inhibitors of cancer growth. In studies of liver, skin and stomach cancer, chemically induced tumours were shown to decrease in size in mice fed green and black tea.

But what of the risks of drinking scalding hot tea? Recent research from China, looking at 450,000 people over nine years is reassuring: scientists found no increased risk for oesophageal cancer in those who drank tea every day.

But the risk was seen to be five times higher in those who drink hot tea plus more than 15 grams of alcohol each day (equivalent to a 175ml glass of wine), as compared with those who drink scaldingly hot tea regularly but no alcohol.

The risk of cancer was also seen to be doubled in those who drink very hot tea and smoke tobacco.

So, while there’s every reason to exercise moderation over alcohol intake, drinking tea alone won’t do you any harm and may even do you good.

However, the studies also show that sleep disturbance is far greater in patients with Alzheimer’s disease before they experience dementia symptoms. A common feature that I have often seen in patients is day‑night reversal, where they are wakeful all night but sleep deeply all day, creating considerable problems for carers.

This sleep disturbance may be observed months or even years before the obvious signs of dementia appear. It remains unclear whether it is a marker of impending failure of cognitive function or whether it is a contributing factor, but in these patients it is more than just an association.

It is also clear from research that sleep obtained by taking sleeping tablets — also known as hypnotics — does not have the same health benefits as natural, unmedicated sleep. Indeed, studies on the use of such drugs, including Zolpidem, show some potentially negative associations with overall health and survival which, at the present time, remain unexplained.

I do stress, however, that dementia is not directly linked to sleeping tablets but rather poor sleep, particularly a reduced proportion of non-rapid eye movement sleep (n‑REM sleep), one of the deep, dreamless stages of sleep.

Bear in mind also that sleeping tablets do not induce a natural sleep. The sleep they bring about lacks the large deep brainwaves of natural sleep that are so restorative.

Quite apart from the possibility of drug dependency, causing withdrawal symptoms and the insomnia returning when the tablets are stopped, this lack of deep brainwave sleep is the main reason for doctors insisting that sleeping tablets are not taken long term, as they effectively impede the benefits to the brain that we get from a normal sleep pattern.

However, I believe that you do have a significant sleep disturbance. Two hours’ sleep a night if you are not sleeping during the day is very little, and I believe that the best outcome for you can only be achieved by a formal referral from your GP for further investigation and advice under the care of the sleep clinic.

There, they can run investigations that may find a cause. I hope you find a resolution soon.

His replies cannot apply to individual cases and should be taken in a general context.

Always consult your own GP with any health worries.