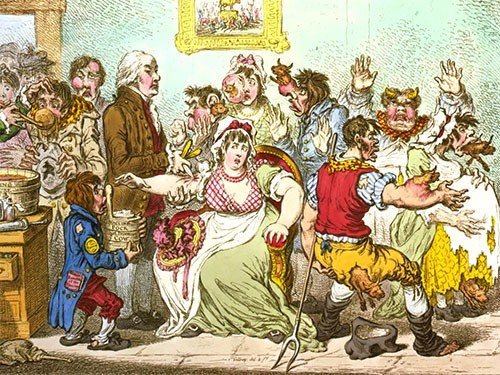 A survey conducted in USA, showed that many parents are afraid to vaccinate a child from the flu because of lack of awareness and prevailing misconceptions. Scientists dispel the most persistent myths.

The flu for a sick child is not only bed rest for weeks or more, but a high probability of serious, even life-threatening consequences. Only in the United States during the 2017-2018 season, one of the worst in the history of the country, after infection with influenza died 180 children.

Despite the unanimous opinion of the medical community, thanks to a new nationwide survey of Children’s hospital Arnold Palmer (Arnold Palmer Hospital for Children), a member of the network of hospitals Orlando Health, it became known that a shocking number of parents are still skeptical about the safety and effectiveness of flu vaccinations.

We know that there are many myths and misconceptions about the flu, said Jean Moorjani (Jean Moorjani), a pediatrician at the hospital Arnold Palmer. Today, we have so many ways to get information, so if anyone has questions or concerns, we recommend speaking with a doctor that they trust, to get the correct information that best protect themselves and their families.

According to the survey, every third parent with children under the age of 18 years, believes that the vaccine will not protect you from flu. And more than half of parents believe that the child gets the flu, making vaccine.

For adequate protection of the body against the flu after vaccination, it is necessary to develop antibodies. It takes about two weeks, during which people are still infected with a virus. Ill this period of time, it is a mistake to assume that the flu was caused by vaccination.

Virus particles that are used in vaccines is completely dead, so you cannot get influenza from the influenza vaccine, said Murjani. Your body needs time to become strong and ready for the flu season, so we encourage everyone to get vaccinated as soon as possible. If you were infected with the flu shortly after getting your flu shot, your body will not be able to deal with it.

Many parents, as the study showed, also questioned the safety of the vaccine: 30% believe the flu shot conspiracy of doctors, and 28% believe that vaccination can cause autism.

After extensive research, we know that the flu vaccine is safe. You can’t get autism from the flu vaccine. This is not a conspiracy of doctors on the recommendation of the influenza vaccine. Doctors recommend it because we know on the basis of science, research and facts is the best way to protect you and your family from the flu, assured, Murjani.

There is also a vaccine to prevent the flu, consisting of live but weakened viruses in the nasal spray. However, injectable vaccine, according to doctors, more effective.

The flu shot helps not only those who receives it, but also creates a so-called herd immunity. It is very important for vulnerable populations, e.g., infants or people with allergies who cannot be vaccinated, and the probability of serious consequences of influenza for health is much higher.