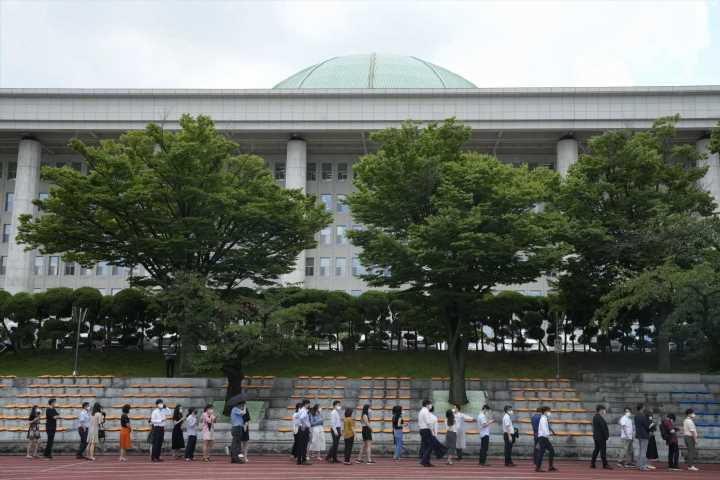 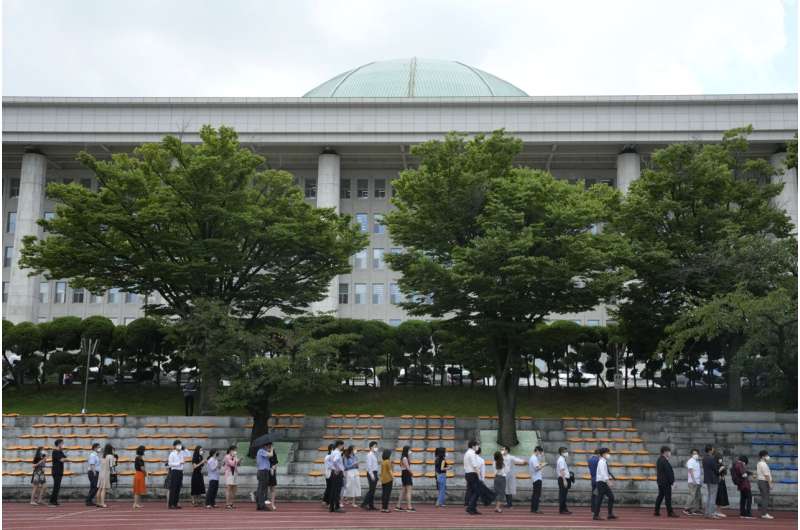 South Korea reported a near-high in coronavirus infections Thursday as a weekslong surge extends beyond the capital region and the country’s toughest pandemic restrictions.

The surge, increasingly fueled by the more contagious delta variant, is a worrisome development in a country where 70% of the population is waiting for their first vaccine dose. It further erases what had been a success story in the pandemic and underscores the challenges policymakers face in balancing measures to control virus outbreaks without further damaging their economy.

“Over the past week, there has been a clear increase in the speed of transmissions not only in the (Seoul) metropolitan area but also in non-metropolitan areas,” said Bae Kyung-taek, a senior Korea Disease Control and Prevention Agency official, during a briefing. “We ask our people to cancel unnecessary meetings and refrain from going out as much as possible.”

Thursday’s 1,600 new cases nearly matched South Korea’s high from a day earlier and was the ninth straight day exceeding 1,000. The country’s caseload is now 173,511, including 2,050 deaths.

Most were in Seoul and nearby Gyeonggi province and Incheon, part of the densely populated capital region that’s home to half of South Korea’s more than 51 million people.

Officials here have raised social distancing restrictions to the highest “Level 4,” closing nightclubs and churches, banning visitors at hospitals and nursing homes and clamping down on private social gatherings of three or more people after 6 p.m. 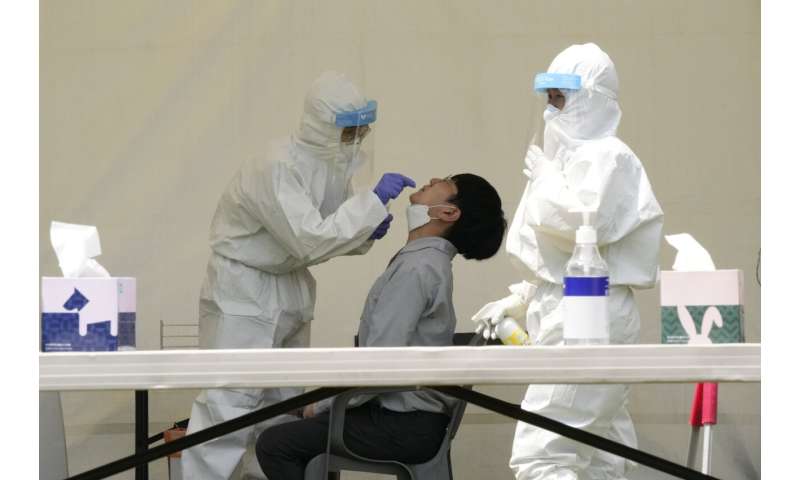 But rising infections outside the capital area are prompting calls for virus restrictions to be elevated nationwide. The 494 cases outside the capital region were the highest since February 2020, when the country dealt with its first major outbreak, which was mostly limited to the southern city of Daegu and nearby areas.

More than 110 cases were reported in the central city of Daejeon and nearby South Chungcheong Province, where hundreds of hostess bars in Cheonan are participating in voluntary closures at least until Sunday over virus concerns.

The regions outside the greater capital area are currently maintaining Level 1-2 restrictions, which allow for social bubbles of up to eight people and for restaurants, bars and nightclubs to receive customers until midnight.

Some experts have urged the government to elevate distancing measures simultaneously across the country to prevent a “ballooning effect” where the squeeze in the capital area spikes transmissions elsewhere. But KDCA officials during the briefing said such action isn’t currently being discussed. 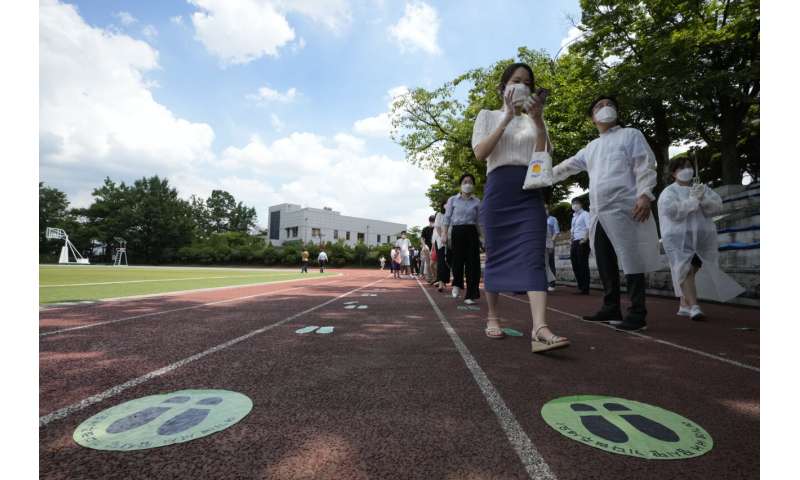 South Korea was praised for its initial response to the pandemic that included aggressive testing and contact-tracing, but the early success was followed by months of complacency before the country was hit by a devastating winter surge.

Critics say the country has slipped into another huge wave of the virus in a similar way it sleepwalked into the crisis in December and January, with officials sending the wrong message to the public by pushing for a premature easing of social distancing.

Anticipating the COVID-19 caseload to slow during the summer, officials announced plans in May and June to ease mask requirements and allow larger gatherings and longer indoor dining hours at restaurants starting in July.

The changes were put on hold in the capital area as infections spiked. Before the implementation of the Level 4 measures, the packed restaurants and bars and huge beer-drinking crowds at Seoul’s Han River displayed how the country had let its guard down despite a slow vaccine rollout.

As of Thursday, only 30.8% of the population have been administered their first dose of vaccines and only 12% have received their second shot. But compared to the winter surge, deaths and hospitalizations have slowed after the country concentrated its early supplies to high-risk groups, including elders in their 60s or older and people in long-term care settings.