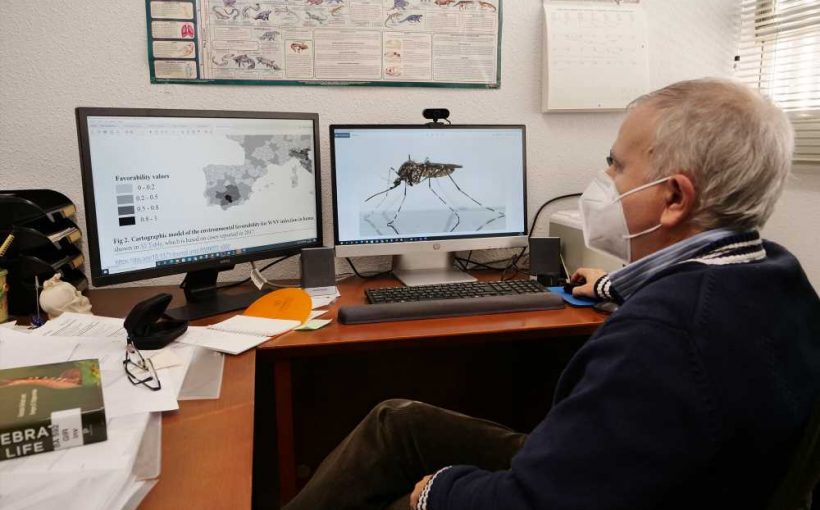 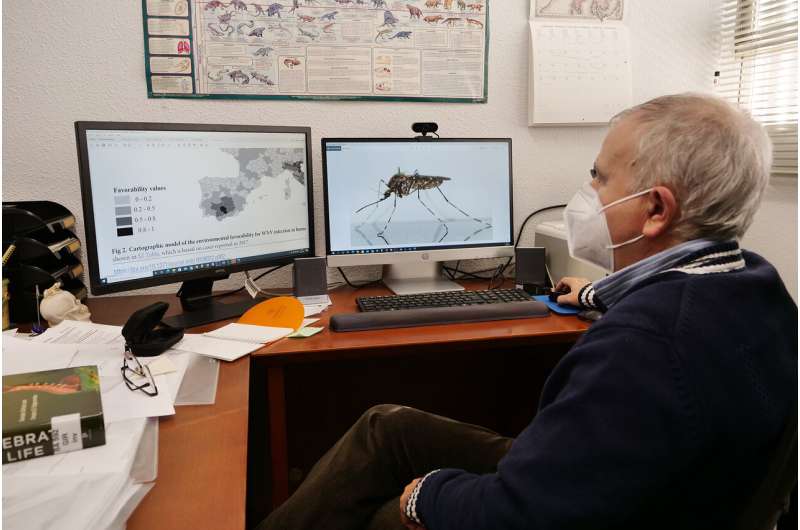 Knowing the environmental and human-related variables that characterize the favorable areas for the incidence of the West Nile virus, a flavivirus that is transmitted from birds to humans by mosquitoes, is essential to identify those places in Europe at high risk of experiencing outbreaks, even before these are registered, thus enabling preventive measures to be taken.

Researchers of the Biogeography, Diversity and Conservation Group of the University of Malaga have developed risk models for West Nile Fever, the disease caused in humans by this virus, which, based on historical incidence data, may predict areas of future outbreaks a year in advance, as well as detect their intensity.

Particularly, using modeling based on fuzzy logic and artificial intelligence, they have analyzed the incidence of the disease in Europe in 2017 to explain and restate the “abnormally high” data of 2018, the year with the highest number of cases registered so far, a total of 1605. The results have been recently published in the scientific journal PLOS Neglected Tropical Diseases.

“Based on the analyzed data, we could successfully predict the places where the disease appeared, the intensity of outbreaks and the time they occurred,” explains Raimundo Real, scientist of the Animal Biology Department of the UMA.

This expert asserts that anticipating the possible incidence of the disease may lead to taking preventive measures specifically in risk areas. These measures include early spraying, advising the population on measures to avoid bites or controlling the water points where mosquitoes breed. Likewise, healthcare centers could be warned about the possible disease incidence in the area, contributing to early diagnosis and improving prognosis.

For the development of the risk maps, the researchers used a spatial model related to bird migration routes, which act as reservoir of the virus. On the other hand, they determined that the environmental risk factors are high temperatures, presence of river courses, low altitude areas, which usually have a warmer climate and conditions of higher humidity, and the presence of certain livestock facilities, such as stables and poultry farms, which, as they assure, are the most favorable factors for the spread of the virus.

“We have observed that high temperatures speed up the life cycles of mosquitoes, shortening their gonotrophic cycle –period between the time mosquitoes feed on blood and the time they feed again–, therefore, in warmer areas mosquito bite rate is also higher, facilitating the transmission of the virus,” emphasizes the professor of the UMA.

Likewise, rivers are related to the presence and proliferation of mosquitoes, so rivers also contribute to a higher infection rate.

“In 2017, the outbreaks began in the lower areas of large river basins and spread to higher areas, which highlights the importance of river basins in the propagation of outbreaks,” says Raimundo Real, who adds that, consequently, the early warning should be based on a basin scale.

This way, the Head of the Animal Biology Department of the UMA states that some Spanish provinces of western Andalusia, southern Extremadura and southwestern Castilla-La Mancha, especially the lowest areas of the Guadalquivir and Guadiana valleys, are European sites that are environmentally favorable for the transmission of the disease, which directly affects the human nervous system.