Home » Health News » Not just in your head: Why do some people seem to always feel cold? 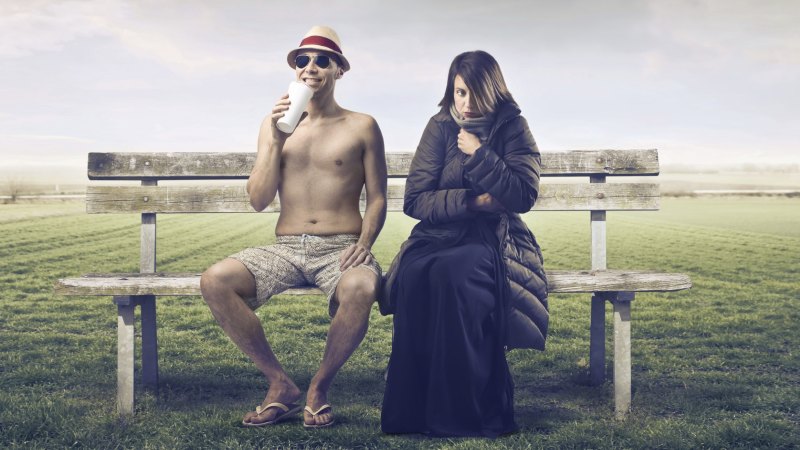 While some people can handle being outside in winter wearing a T-shirt, others among us seem to feel perpetually cold.

If you’re in the camp that constantly feels on the verge of shivering, you’ll be relieved to hear that it isn’t just in your head: it comes down to your physiology. 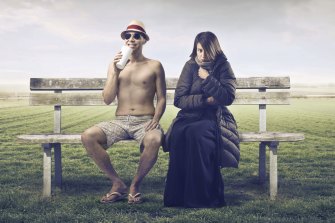 Professor Ollie Jay, a University of Sydney human thermoregulation physiologist, explains that most of us have a core body temperature of about 37 degrees celsius, and it doesn’t vary much, even as the weather cools. Rather, the reason we feel cold in winter is because we have nerve endings called thermo-receptors in our skin, some of which are sensitive to cold, others to heat. So when you are feeling cold, that’s what you’re sensing: cold skin, not a cold body temperature.

But most of us will be well aware that there is an indisputable – and somewhat frustrating – divide along gender lines when it comes to our preferred temperature. One study found that women are comfortable in a room that is 24 degrees celsius – 2-3 degrees warmer than men.

It rings true for Professor Michael Cowley, who heads up Monash University’s physiology department: “It’s a debate we have in my household very regularly. My son and I are on one side and my daughter and wife on the other. We obviously perceive things differently.”

There are several key factors that determine just how cold we feel, Jay says, the biggest one being our body shape and size. People who are more slender with longer limbs tend to be more susceptible to losing heat. That’s because they have a high skin surface area (where the cold is sensed) relative to their body mass (which stores heat). This ratio is crucial, and generally speaking, Jay says women tend to have less muscle and thinner limbs, even though they usually have more body fat.

“Women often have a different surface area to mass ratio which might render them more susceptible to cooling down,” Jay says.

The other element is how our bodies react when we are exposed to cold temperatures. There are two main physiological responses, Jay explains, the primary one being that our blood vessels narrow to constrict blood flow to the skin, keeping it closer to our core and diverting it away from our cool peripheries to avoid heat loss.

Jay says there is scientific evidence that this mechanism isn’t as strong in women as it is in men, which is another reason women may be more likely to feel cold. Research shows women’s hands, feet and ears are about three degrees cooler than men’s in cold weather.

Our blood flow control also weakens as we age, and muscle mass reduces, which is why people often feel colder as they get old, Jay says.

The other process we have for warming ourselves up is shivering, which is essentially the involuntary contraction of our muscles, Jay says. Men typically have more muscle mass, so have a greater capacity to keep warm.

Professor Cowley says hormones can also interact with heat regulation. Testosterone, higher in men, helps drive strong muscles, which in turns makes them better at producing heat. Cowley jokes that it also might “make men say stupid things”. “I think there are blokes who just say, ‘I’m not cold’ [out of pride],” he says.

There is some suggestion that our genes might play a role, with a recent study finding people with a particular variant of a skeletal muscle gene are more tolerant of cool temperatures.

But Jay stresses that while hormones or genetics may have an influence, we tend to ascribe them too much weight. “We don’t fully consider the obvious answers first,” Jay says. “Often it’s far simpler, such as our body surface area to mass ratio, and behavioural steps taken to adapt to the environment.”

Jay says that because Australian winters aren’t very extreme, we aren’t well-prepared with our clothing and indoor environments.

Jay recommends investing in winter clothes, layering up – air gets trapped between layers, which creates warmth – and covering the parts of your body that are vulnerable to cooling down, such as your hands, feet and ears. He adds that the lower back, upper chest and back of the neck contain a lot of cold-sensing thermo-receptors, so you want those covered too.

“The best thing you can do is behaviourally adapt, so make sure you’re selecting appropriate clothing and covering areas of your body that are more susceptible to heat loss. Don’t just wear stuff you’d normally wear in summer,” Jay says.

Then, there’s the issue with Australian homes.

“Our built environment isn’t very conducive to feeling warm,” Cowley says. “My house is barely warmer inside than out, and we run the heater a lot … And this is a house built 10 years ago.”

RMIT University research fellow Dr Trivess Moore, who specialises in energy efficiency and the built environment, says most Australian homes aren’t designed for optimal thermal performance, and our building standards are much lower than nations with similar climates.

“In Australia we tend to just accept that our housing will be cold in winter and our culture is one where we just put up with it – we need to shift that perception and start living in thermally comfortable year round housing,” Moore says.

“We are often not doing the basic things we know can lead to improved performance of housing,” he adds, such as installing underfloor, ceiling and wall insulation, having double-glazed windows, sealing all gaps and cracks, and facing new homes northwards.

Jay says there are some health conditions that can make people more likely to feel the cold. Raynaud’s syndrome shuts off blood circulation to a person’s hands and feet, and the disease is more common in women than men.

He says that feeling cold is not something to be diminished, particularly for people who are elderly or have respiratory issues, as there is a risk of serious complications including pneumonia.

So the next time you’re in a scuffle over the thermostat, remember there’s no point denying people’s perceptions of temperature. As Jay says: “It’s a morphological thing more than anything. You can blame it on that.”