Home » Health News » Scientists: children it is better not to bury your nose in the cold 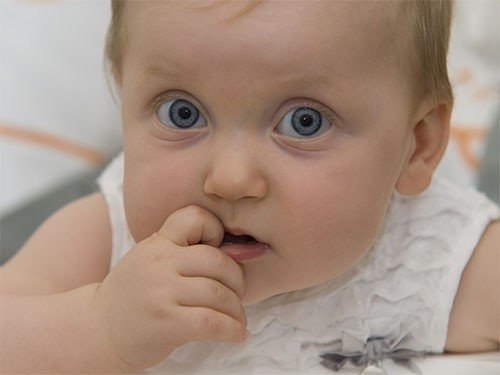 Vasoconstrictor nose drops should not be given to children under 6 years of age and with caution in children under 12 years. The new recommendation of the scientists is the fact that there is no evidence that they ease nasal congestion or a runny nose, but their safety is unclear, say experts in the BMJ.

A vasoconstrictor decongestants or nasal drops and sprays are called drugs that relieve swelling of nasal mucous membrane during colds and ease breathing. These include Xylometazoline, naphazoline and others.

Professor Mieke van Driel (Mieke van Driel) and his colleagues analyzed published data serious clinical studies on the effectiveness of cold treatment. On the basis of the information obtained, they advise doctors to reassure patients that the cold hurts, but the symptoms disappear within a few days.

Data relating to the treatment of adults, testify to a slight removal of nasal symptoms when using a vasoconstrictor (either alone or together with antihistamines or analgesics) for 3-7 days. However, it is possible side effects increased risk of insomnia, drowsiness, headache or upset stomach. In addition, long-term use of vasoconstrictor drugs (over 7 days) leads to chronic nasal congestion that are difficult to treat.

Paracetamol and other NSAIDs (non-steroidal anti-inflammatory drugs) reduce temperature and relieve pain, but do not reduce nasal congestion or a runny nose. Other treatments are either ineffective or not studied. These include steam inhalations, ointments for rubbing, Echinacea or eucalyptus oil, as well as increased fluid intake.

As for children (especially under 12 years of age) who are susceptible to it more than other population groups, clinical trials do not exist. Therefore, vasoconstrictors or antihistamines should not be given to children under 6 years and children 6-12 years of care.

There is no evidence that these therapies ease nasal symptoms, and they can cause side effects such as drowsiness or disorder of the gastrointestinal tract (the stomach), the authors write review.

Parents need to know that children under 2 years of vasoconstrictor drugs can cause seizures, heart palpitations and even death.

The use of over-the-counter remedies and home treatments (heated humidified air, analgesics, the use of eucalyptus oil or Echinacea, etc.) as the treatment of colds is not supported by sufficient evidence.

If parents are concerned about the comfort of your child, saline irrigation or nasal drops can be used safely, but it may not give the desired relief, they said.

The authors of the review conclude that current research does not provide relevant evidence and do not eliminate the uncertainty associated with the treatment of the common cold: on the Basis of currently available evidence, the confirmation that the symptoms are samosohraneniya, it is best that you can offer patients, although short-term use of vasoconstrictor in adults can provide some relief from nasal congestion.