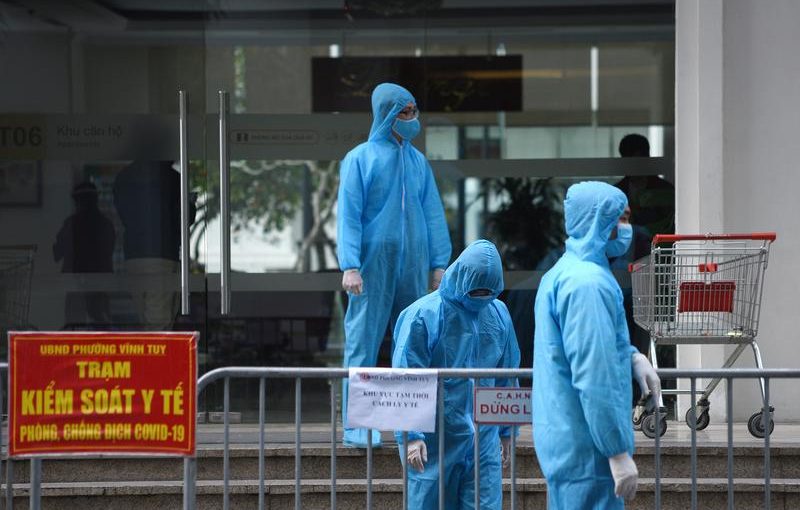 HANOI (Reuters) – Vietnam approved its first vaccine for the new coronavirus and reported 34 new infections on Saturday, as it battles its biggest flare-up of COVID-19 in the midst of an important Communist Party meeting.

The health ministry approved the vaccine from AstraZeneca PLC for domestic inoculation, the government said. The government had previously said it was in talks to procure 30 million doses of the vaccine.

The new outbreak, in a country of some 98 million people that has been highly successful in curbing the spread of the pandemic, began on Thursday and has spread to Hanoi, where the ruling party is holding its five-yearly congress.

Of the new cases, 32 were detected in Hai Duong province, the epicentre, and two in neighbouring Quang Ninh province, the Ministry of Health said in a statement.

Vietnam has recorded more than 1,700 cases since the disease was detected a year ago, including 873 locally transmitted infections, the ministry said.

Late on Friday, Prime Minister Nguyen Xuan Phuc said Vietnam must have a vaccine in the first quarter.

Phuc was speaking at a meeting on the sidelines of the congress, which is expected to select a new leadership in the coming days.

The port city of Haiphong, where a case linked to the new outbreak has been detected, said it would separately seek to secure 2 million vaccine dozes for the city’s population.