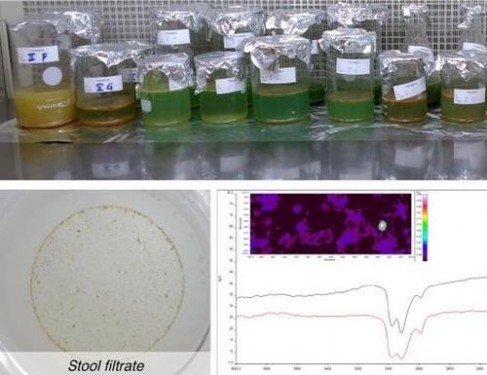 A group of Austrian scientists produced evidence that the microplastics, pollution which the environment has become a big problem, it is found in the feces of people.

The smallest microplastics with a size of 5 mm, the particles (granules, fibres) plastic, is found predominantly in the environment. There are many sources of micro-plastic, including the waste, manufacturing and cosmetics. It is formed by the disintegration of large chunks of plastic and may have toxic effects on the body. Scientists say that these particles can weaken the immune response in the intestine.

Scientists from the Austrian Agency for environmental protection (Environment Agency Austria) and the Vienna medical University (Medical University of Vienna) analyzed the stool samples of eight of the study participants, living in different parts of the world: Russia, Italy, Japan, Poland, Netherlands, UK, Finland and Austria.

During the study, participants recorded what they ate during the week before they had taken a stool sample. According to their records, they used the water from plastic bottles or eat food wrapped in plastic. All eight samples of feces contained microplastics. In the analysis it was discovered nine types.

According to a press release, a study published in the United European Gastroenterology Journal. With the presentation of scientific work can be found on the website of the Austrian Agency for environmental protection.

The production of plastics is increasing worldwide, almost half of the plastic appeared in the 21st century, only 20% was recycled. Into the ocean every year, nearly nine billion pounds of plastic. In the human body it goes with seafood, he also gets into the food during the processing of products. Its effect on the human body are only beginning to explore.