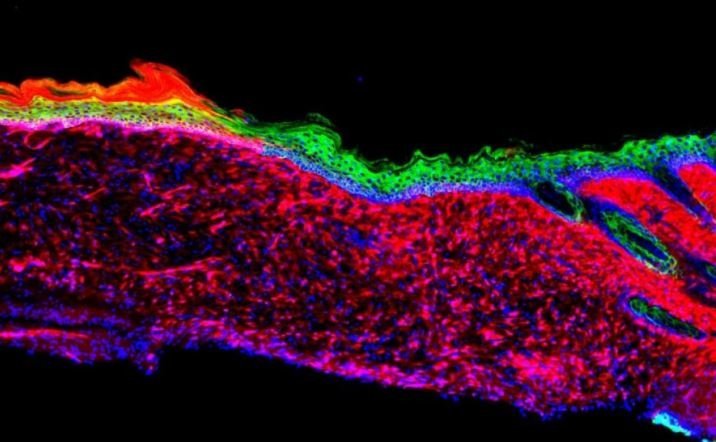 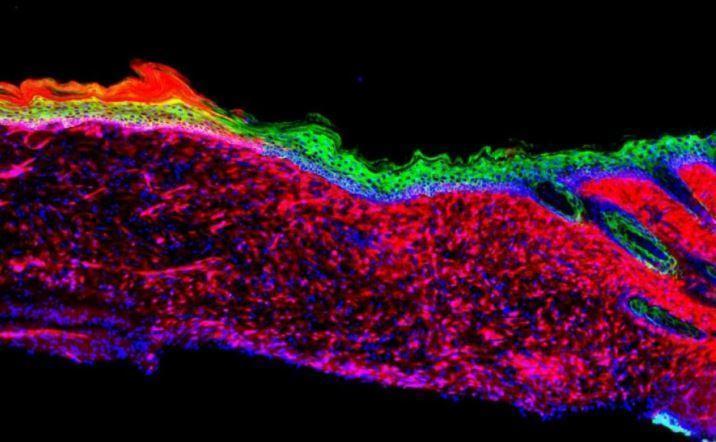 American scientists proved the possibility of transforming stem cells into healthy skin cells not in the lab, and on the surface of the open cuts.

A group of researchers from the Institute of biological research Salk in San Diego have developed a method for transformation of cells on the surface of open wounds or sores in the cells of the upper skin layer of the epithelium. In an article published in the journal Nature, the scientists describe the return process of cells on the wound surface to a condition the same as stem cells and then guiding them towards the development of skin cells. The technique is promising as a method of healing ulcers, burns, bedsores and skin lesions in diseases of metabolism, such as diabetes. In addition, it can be used to counteract aging of the skin, the authors of the work.

The skin is able to regenerate, but this ability weakens with age, so the aging of the population non-healing skin defects become more and more common problem. Usually to promote healing use skin grafts or patient’s own skin grown in vitro from stem cells. Juan Carlos Belmonte (Juan Carlos Izpisua Belmonte) and his colleagues managed to get the skin at the site of damage, without resorting to transplant.

The researchers worked with stem skin cells, which differenziata, migrating from deeper layers to the surface. Under normal conditions, these cells most often develop in the keratinocytes, of which 90% is healthy skin; however, when skin integrity is broken, stem cells are primarily involved in the inflammatory process and do not form new epithelium.

Scientists first isolated from cells in the lower (basal) layer of the epidermis 55 of proteins and RNA, which potentially could participate in the differentiation of stem cells towards keratinocytes. Then by trial and error identified four proteins that most strongly influenced differnetial. Treating deep cuts on the skin of mice “cocktail” of these four proteins, scientists in 18 days was obtained on the surface of the new cuts the epithelium. Three months and six months after the start of the experiment, cells from samples of skin that grew on the site of the cut, turned out to be healthy for a number of microbiological, genetic and other factors.

Before proceeding to clinical trials, the scientists plan to test the technique on other models of skin injury and to ensure the safety of the method.