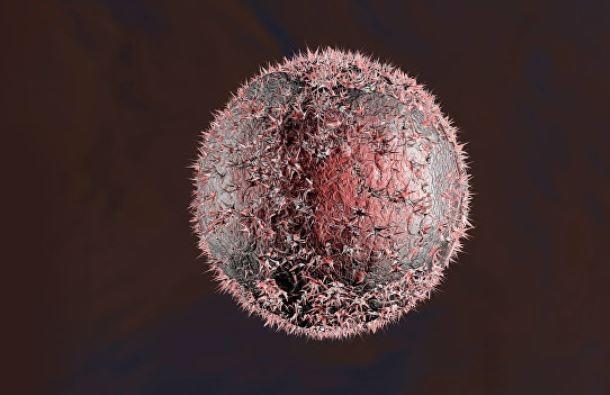 Metastatic cancer cells do not die when injected into the bloodstream and “new” for body because they are unusually well recycle damaged proteins and the rest of the cellular “garbage.” To such conclusion the molecular biologists, published an article in the journal PNAS.

“When a cancer cell leaves his “house”, she begins to experience great stress. She begins to deal with it, speeding up recycling of “garbage” and its output to the external environment. When we disabled the lysosomes, the main “incinerators” cells, the metastases stopped growing,” says Michael Morgan (Michael Morgan) from the University of Colorado in Aurora (USA).

Today scientists believe that the immune system usually copes with the containment of primary tumors, the cells which are inside them. When cells acquire the ability to move yourself, there are metastases, which are the immune system for some reason just does not see and does not try to suppress the cancer cells. According to current statistics of the medical services of the United States, about 90% of deaths of cancer patients have metastases.

In recent years, scientists have discovered several mechanisms that allow cancer to evade the attention of the immune system and spread throughout the body. In some cases the cells cannot get inside certain immune Taurus and have them “deliver” themselves in other parts of the body, and in other cases they are “fake” is a kind of molecular passport of stem cells, posing as overgrown the wound.

All this, said Morgan, does not explain why metastatic cells do not die in other organs, dominated by a completely different environment, and why many of them become immune to the action of many types of chemotherapy.

His team accidentally found the answer to this question by experimenting with various drugs that are not directly linked with the treatment of cancer. In the course of these experiments, the researchers treated their cultures of metastatic cancer cells “escaped” from the tumors in the lungs and bladder, and watched their reaction on these molecules.

As it turned out, many types of metastases can be destroyed, using the chloroquine and other drugs that are used today to treat malaria. All of these substances, as the researchers found, have one thing in common – they inhibit the work of the lysosome a special organelle in which malaria parasites, as well as healthy and cancerous human cells “burn” protein garbage.

This gave scientists the idea that lysosomes play a particularly important role in the lives of metastatic tumors. They checked whether it’s actually changing the DNA of “normal” cancer cells so that the activity of lysosomes in them has increased dramatically.

As it turned out, these small modifications do make cancer cells more mobile and able to survive in the new environment, but they leave them vulnerable to the effects of drugs against malaria and other molecules interfering with lysosomes. Interestingly, the long cultivation of metastatic cells with chloroquine led to the fact that they have become immune to its effects, but lost the ability to migrate to new organs and tissues.

Such an unusual relationship, as I think Morgan and his colleagues can be used to combat cancer and “isolation” of cancerous tumors, treating them with chloroquine and other drugs with similar properties. In this case, the tumor will not disappear, but more will be uncontrollably spread throughout the body, allowing surgeons to remove it to save the patient’s life.