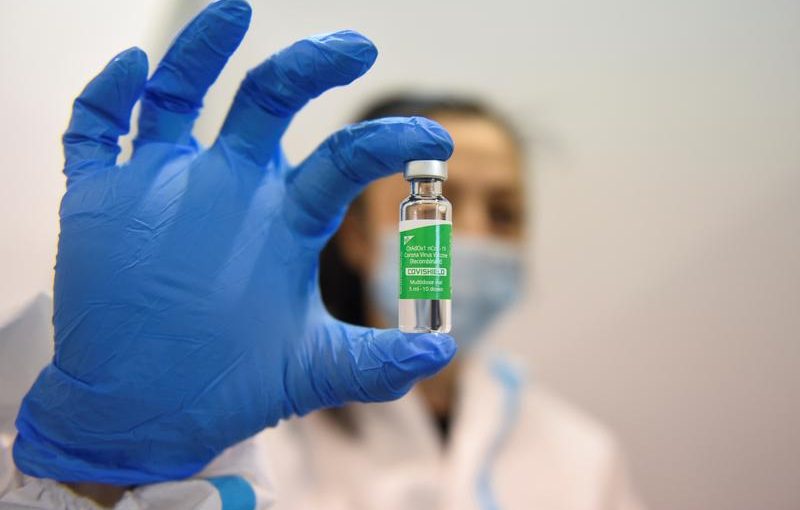 A medical worker holds a vial of the AstraZeneca vaccine against the coronavirus disease (COVID-19), during the country’s mass vaccination program, in Belgrade, Serbia, March 16, 2021. REUTERS/Zorana Jevtic

MEXICO CITY (Reuters) – The United States should respond by Friday to Mexico’s request to share doses of AstraZeneca’s COVID-19 vaccine it has in stock, Foreign Minister Marcelo Ebrard said on Tuesday.

Reuters reported this week that Mexico had asked for doses of the British-developed vaccine, since it has yet to be approved for use in the United States.

“I’d say we’ve made good progress, but the details, figures, provisions, won’t be known until Friday. We requested as many (AstraZeneca doses) as possible and we will have the answer on Friday,” said Ebrard.

Mexico’s President Andres Manuel Lopez Obrador asked U.S. President Joe Biden for a vaccine “loan” during a virtual meeting on March 1, after Mexico’s vaccine strategy was knocked off course by a delay in deliveries of the vaccine developed by Pfizer Inc and German partner BioNTech SE.

“We are hoping for the help, support and solidarity of the U.S. government. I can confirm that in a month and a half, before the end of April, we will have (vaccinated) all the adults over 60 years of age,” Lopez Obrador said at a regular news conference on Tuesday.

The delays in deliveries have set back Mexico’s vaccination plans by at least a month. Previously, Lopez Obrador had said all senior citizens would be vaccinated by the end of March.

“The president has been clear that our priority is vaccinating the American people and that if we have surplus vaccines from that effort we will look for ways to share them,” a spokesperson for the White House National Security Council said when asked about Ebrard’s comments.

The official did not directly address the question of whether the U.S. government would respond by Friday, as Ebrard said.