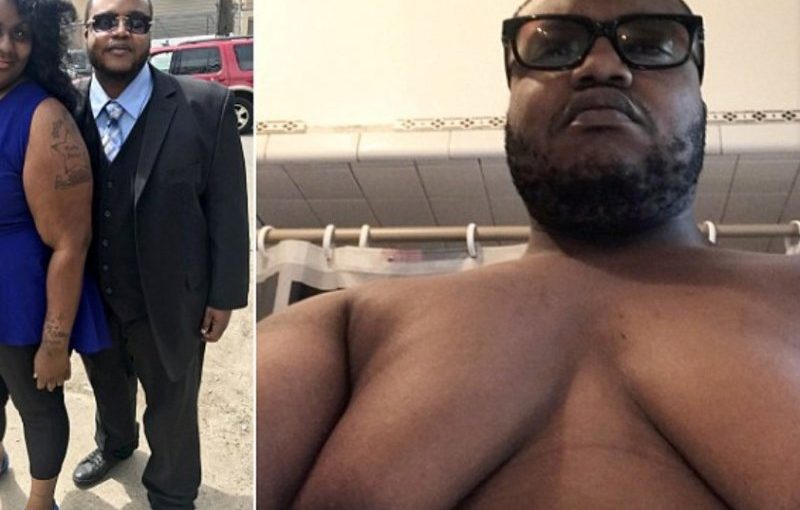 This man was faced with such a bad case of gynecomastia that he is forced to use tape to support the breast. As a teenager he almost left school because of the harsh ridicule, and now during sex never takes his shirt off.

The father of three children Wayne Manns from Detroit has a chest that size would envy any woman. But the man can hardly call himself a happy man. He suffers from a severe case of gynecomastia, which is caused by an imbalance of hormones. From the beginning of adolescence Wayne is subjected to harsh harassment by peers. At some point he even considered quitting school because he could not stand the ridicule. Today in everyday life the man used duct tape to hold the breast, which otherwise begins to sway with any movement.

30-year-old man never went to the beach with their children, and during sex he never takes his shirt off, as ashamed of his own body. Gynecomastia started to develop it since 2003 and only now he finally had hope, as at present, Wayne is preparing to conduct plastic surgery. This is the most radical and effective method of getting rid of the consequences of gynecomastia.

A reasonable question arises – why did he decided to show himself to the world through the press if they so painfully ashamed of his own body? The man did it consciously, he’s tired of the ridicule and wants to let the world know about the existence of such problems, expressing solidarity thereby with the other hundreds of thousands of men who suffer from gynecomastia. Wayne believes that men should not feel ashamed to discuss their problems, and plastic surgeons can come to the aid of many people. (READ MORE)