Home » Beauty & Balance » Diet without dieting: what is the intuitive nutrition and how it helps to lose weight? 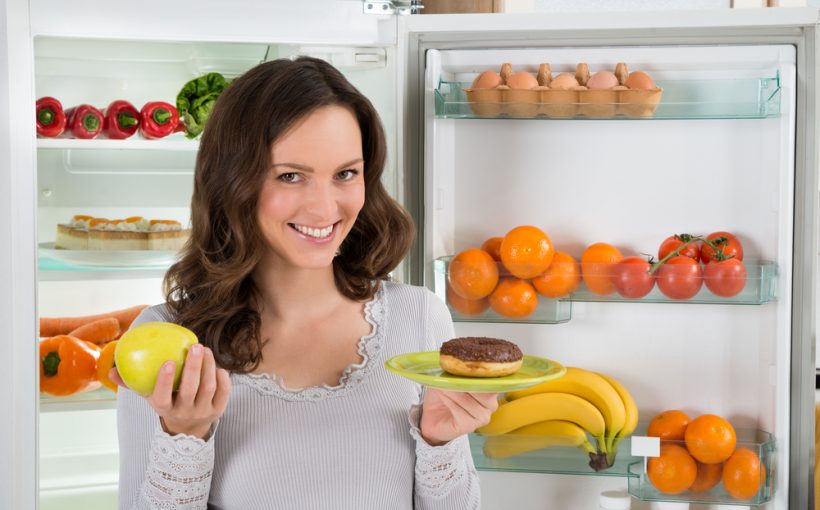 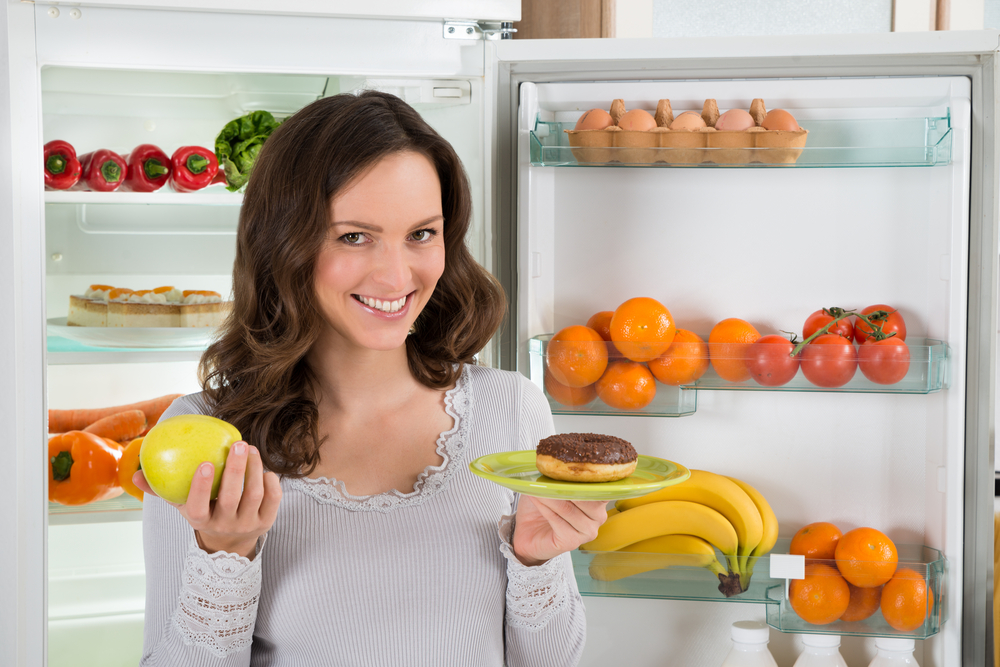 Dietary restrictions are no longer needed – just trust your desires. And it’s not a dieters dream, but a fact confirmed by dozens of studies. That’s why intuitive power works:

1. More than 90% of people after a diet gain the weight back within 3-5 years

To ignore the feeling of hunger is useless: so you just are in conflict with the instinct of self-preservation. And it’s a losing war: your own body sooner or later will force you to eat half the fridge.

So all dietsthat are based on prohibitions and restrictions are useless: the more you lose weight, the more desperate the brain sends a signal to “Panic! Fast! Urgent stored fat!”. In the end, the lost pounds come back and bring friends.

2. Indulging in something, we begin to want it even more 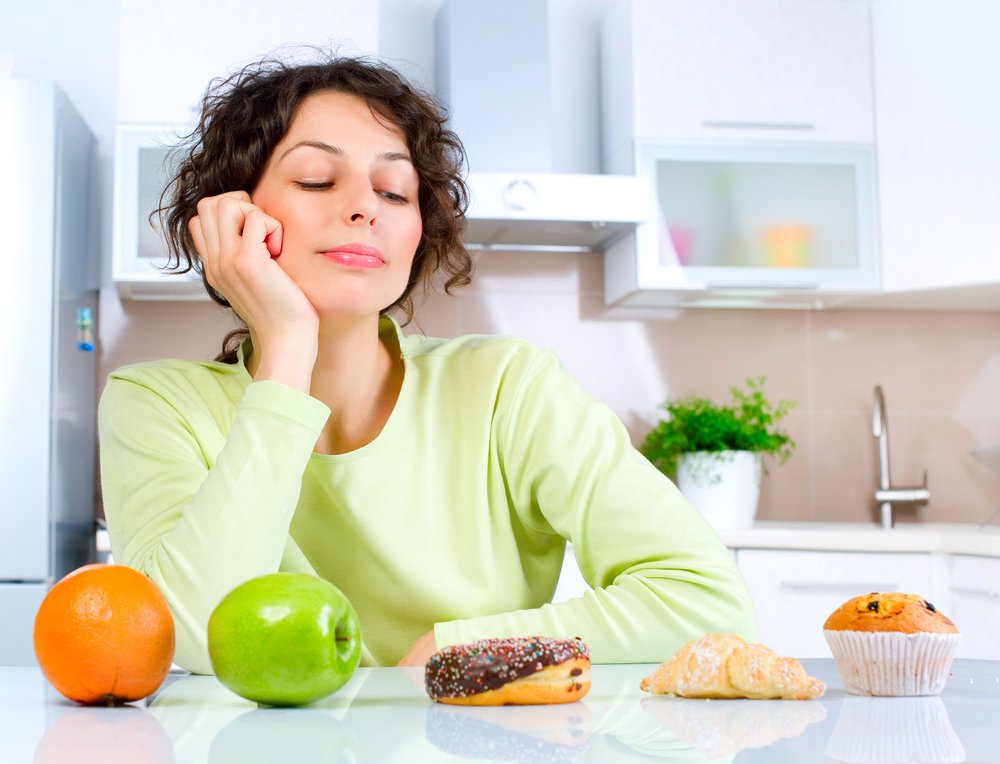 How it works the dopamine reward system. If you have a sweet tooth, but because of the diet itself denied it, again triggered an alarm. You turn into a maniac who sees all the sweets and thinks only about them. Especially if forced to burden himself “useful” products, which are already sick. It is useless to resist: one day you’ll find yourself with a cake in his hands and an acute sense of guilt in the soul.

Another thing, if you say to yourself: “Yes, I like sweet. And can I eat it almost every day. I authorize itself”. After a while you find that one cupcake is enough now. Even despite the fact that you can eat 10 more.

When you eat what you like, the pleasure of food increases, and satiety comes faster.

3. There is no reason to divide the food on harmful and useful

Israeli scientists for several years, scientists have been observing a group of 800 volunteers. Half of them ate only “healthy” meals, and the second – semi-finished products, potato chips, fast food, etc.

It turned out that in both groups the condition was changed both for the better and for the worse. In particular, the level of sugar in the blood reacted differently in response to the same food from different participants. The authors came to the conclusion that “healthy” and “unhealthy” products should be determined for each person individually, and “healthy nutrition for all” simply does not exist.

The fact that a balanced diet is not when we eat specific foods and when the body receives all the essential nutrients. If you need 50 grams of fat, no matter you take it from olive oil or creme brulee. If you need vitamin C, you can eat a fresh orange or strawberry jam. The main thing to finally arrived balance. And it will come, if you can learn to understand their needs.

And besides, many well-balanced and healthy meals considered harmful. Like pizza or popcorn. More details in article “7 “bad” foods that are actually useful”.

4. We were all born intuitive eaters. But then something went wrong 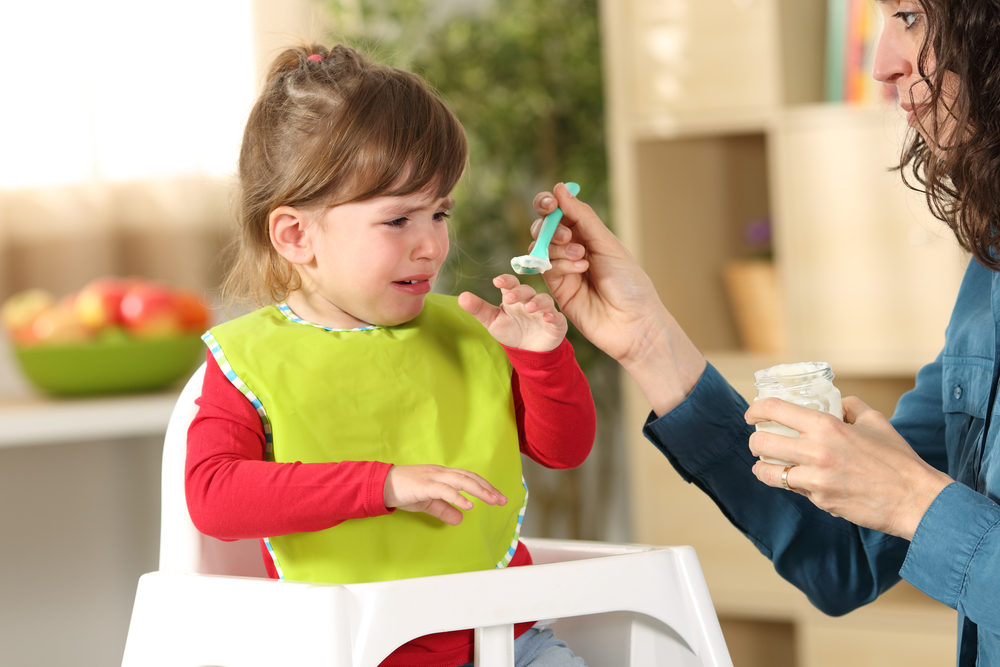 Baby cry until I get food, but he does it only when hungry. A well-fed child to eat too much not make. With age this ability is lost: first, we are taught not to listen to your body and eat on schedule. Then forced to eat (a spoonful for Mama, a spoonful for dad). And then take all of your favorite foods and forcing have hated broccoli. In the end, food intuition stops working.

The researchers compared thin people who eat whatever they want and not get better, with people full. And found only one difference in their dietary behavior: people who do not get well preserved innate structure in the food. In childhood they were allowed to self-regulate the amount of food, relying on internal signals. Now the American dietetic Association believes that intuitive power is the most correct approach in feeding your child.

To re-learn to hear your body, you can try to stay in the process. If you understand that you are full, stop eating. Even if the plate still has some food left, even you’re in a restaurant and even if all have to be thrown away.

5. Eat whatever you want – doesn’t mean to eat the dumplings with chocolate

Opponents of intuitive nutrition often say something like “If I let myself eat what I want, I’ll have to eat some chips and chocolates”. So, this is a normal process after years of restrictions.

Your brain is used to “sagaram” between the diets and learn the rules: eat as much as possible now, because soon we will again starve. But, in the end, you realize that chocolate is not going anywhere, and they do not need to consume them every time in the past. In the body will be something like: “Oh, now I can eat whatever I want? Okay, so, there is no reason to store fat. Can I have some vegetables?”.

In some cases, intuitive nutrition may not work:

1. You have an eating disorder 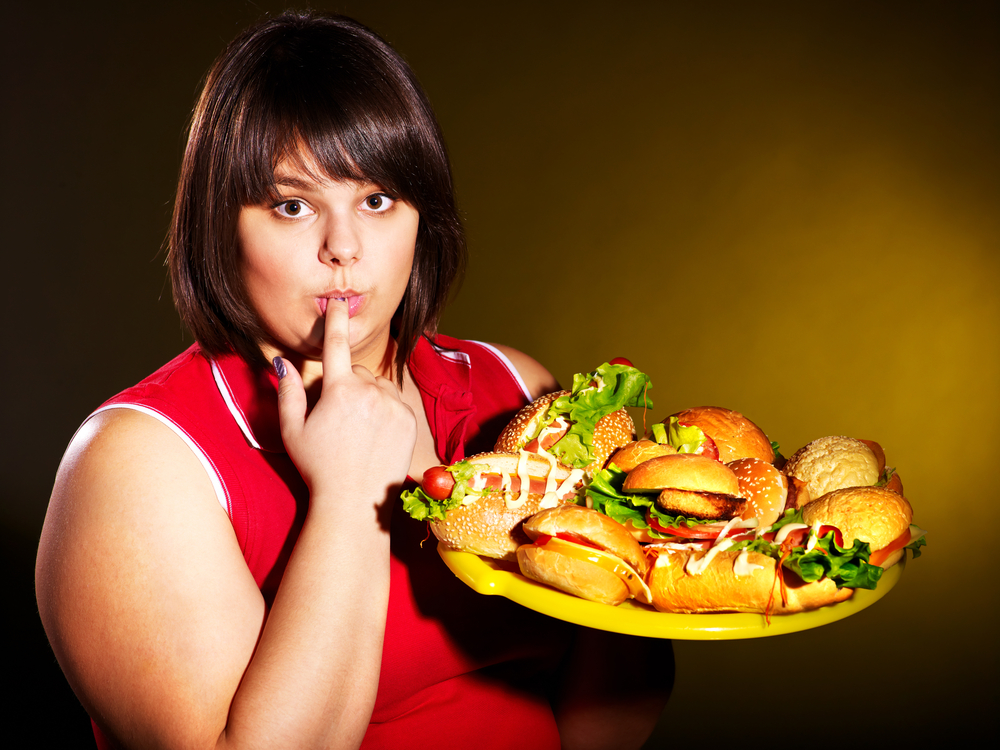 They do not always develop due to the diets and restrictions. Sometimes a complicated relationship with food is only a symptom of deep psychological problems. And here definitely need control doctor.

2. You have hormone disorders or diseases associated with diet

In fact, and in another case you need to discuss your diet with a specialist.

3. The food is too much for you then

In this case, the need for food we often confuse with the desire to receive pleasure from food. To eat something out of boredom, to seize the sorrow, eat in the restaurant for the company – it’s all emotional hunger, not physical. First you have to learn to distinguish these feelings and stop trying to solve their problems with food.

4. You have too high pace of life

When the priority is not the taste of food and speed, it is difficult to assess what you really want. After all this, we should at least take a break and listen to yourself.

5. You don’t just need a slim and athletic figure

If your goal is muscle, no weight to them. And it requires a surplus of protein and calories: have is “do not want”.