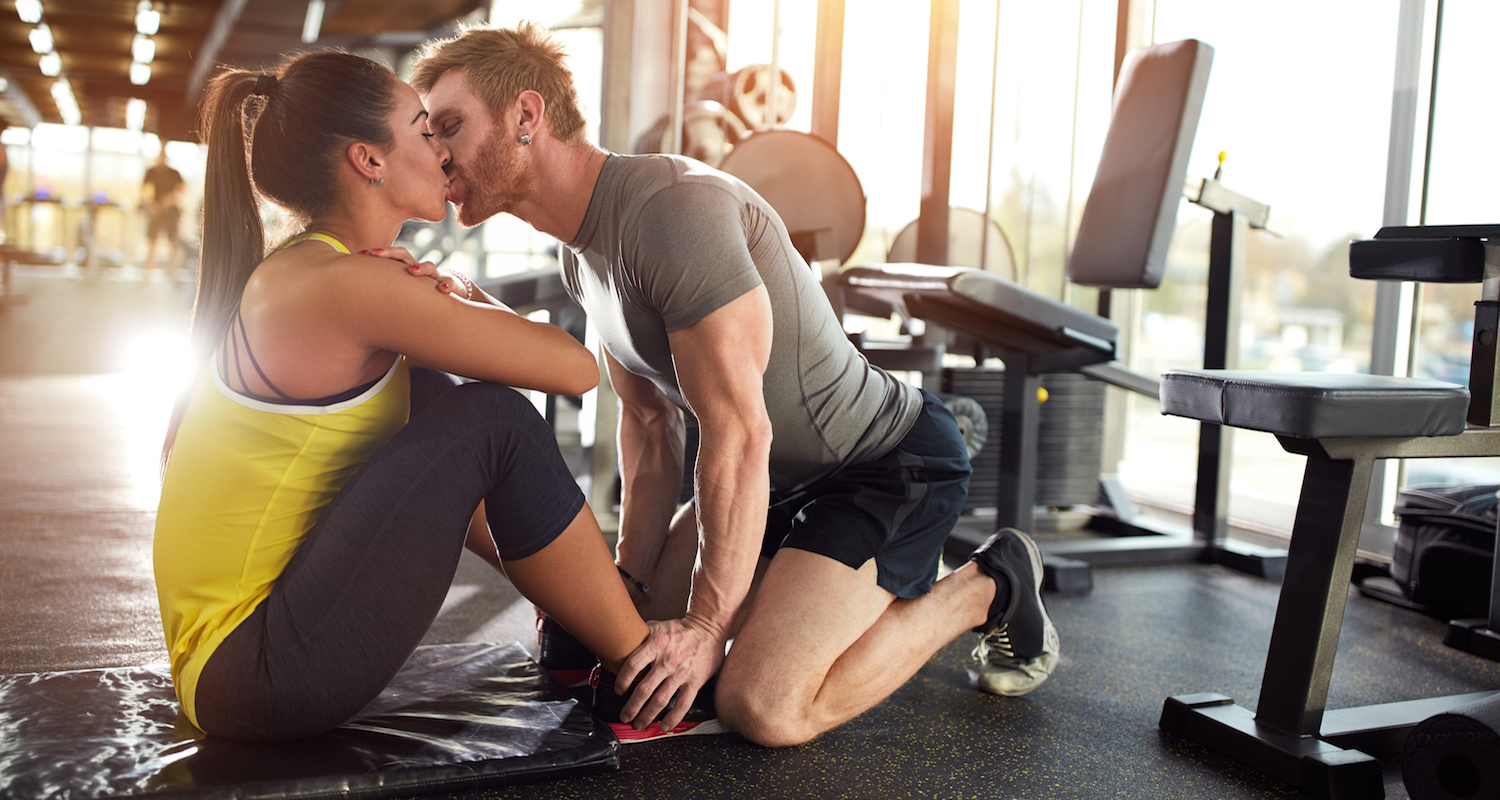 Is there really ever a bad time to have sex? Maybe it’s not such a great idea when you’re in public, or when you’re staying at your in-laws’ house over the holidays. But generally speaking, if you’re in the privacy of your own home, you’re pretty much always good to go.

But should you be having sex after an intense workout — even if you haven’t showered first? According to Dr. Jamin Brahmbhatt, a urologist and sexual health expert, post-workout sex can be exceptionally mind-blowing.

“After workouts you may be sweaty, but that shouldn’t make you avoid possibly the best sex of your life,” he says. Here are four reasons why getting down and dirty after hitting the gym can be a great idea.

1. YOUR HORMONES ARE ALREADY GOING HAYWIRE

Ever wondered why your libido goes up to 11 after a workout? There’s a good scientific reason for it.

“After you work out, the hormones in your body that make you feel good are usually peaking,” Dr. Brahmbhatt explains. “These hormones include adrenaline and dopamine,” a.k.a. the so-called “feel-good” chemical. “Studies have [also] shown a natural increase in testosterone within an hour of working out.” (If you’re doing HIIT training, research shows that testosterone boost will be even greater.)

Studies show that women with higher levels of testosterone tend to have higher sex drives as well.

A good workout increases blood flow to every part of your body — including, yup, those vital sex organs. “[He] may even get a harder erection since the blood is already flowing at a higher rate,” he says. That said, Dr. Brahmbhatt also points out that the increased blood flow might result in him reaching orgasm a little sooner than usual — so if that’s the case, make sure he’s compensating by giving you a little bit more attention.

The best time to seize these benefits is within 15-60 minutes of your workout, he says. “This is when your blood will be flowing to all your vital organs and muscles and your feel-good hormones are peaking,” he says.

3. YOU CAN (MAYBE) BURN SOME ADDITIONAL CALORIES

OK, let’s be honest for a second: unfortunately, sex is not a substitute for working out, because it just doesn’t burn that many calories. But if you want a minimal calorie-burning boost (or if you’re just looking for another reason to convince you that post-workout sex is a good idea), Brahmbhatt says you could potentially burn an extra two to four calories with every minute of sex. (The average number of calories burned in a single session? 100, according to a 2013 study.)

4. YOU MIGHT BE EVEN MORE ATTRACTED TO HIM THAN USUAL

While the research on the relationship between scent and sexual attraction is mixed, according to the famous Smelly T-shirt Study conducted by Swiss biologist Claus Wedekind, some of us are actually more attracted to men who stink a bit. A follow-up study from 2013 even determined that the effect is increased when a man has higher levels of testosterone in his sweat.

Does that give him an excuse not to wear deodorant on the reg? Nope. But it does mean there’s a possibility that you find your man’s natural stink just a tad arousing.

“If you have been using community gym equipment, it wouldn’t hurt to wash your hands once you’re done with your workout before starting some manual foreplay,” says Dr Brahmbhatt. And “if you plan on engaging in oral sex, then maybe a shower or use of wipes in your genital areas would be smart.”

“It also might help to grab some water to restore lost electrolytes or have a quick snack or protein shake before things really start heating up. The last thing you want is to be exhausted and tired, so a little snack will help keep you energised and not on the verge of fainting,” he says.