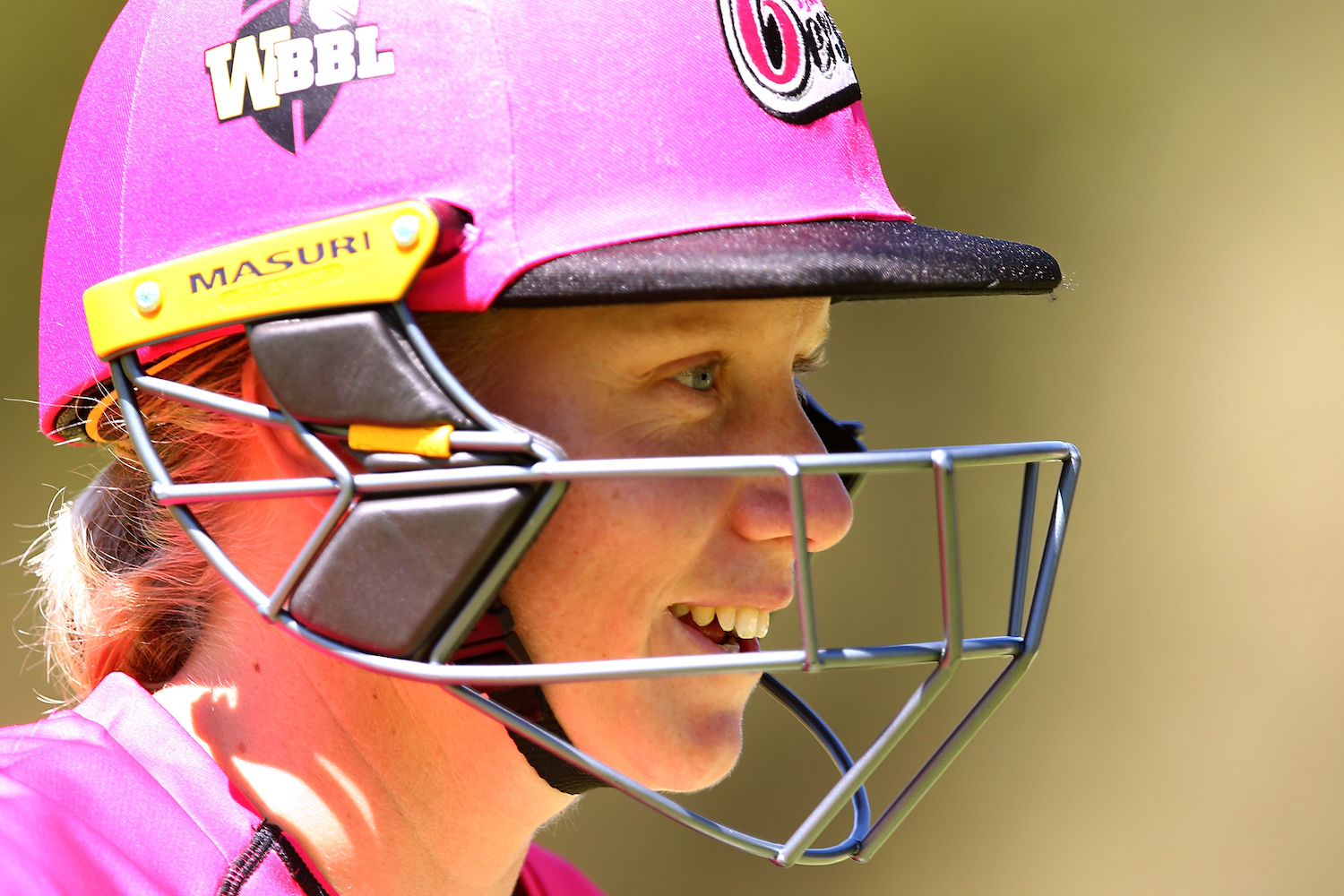 How did you come to play cricket? Were you always a fan of the sport?

I sort of fell into it a little bit with my family all playing, but I got dragged along by a friend from school. At first I didn’t enjoy it, but after a year or so it clicked. I used to watch uncle Ian play but I didn’t really dream of playing myself, until much later.

What’s been the highlight of your cricket career so far?

I feel like I’ve been really lucky, I can’t really pick one moment. I’ve been a part of some pretty special teams including winning ashes teams, World Cup teams and WBBL teams. I’m lucky I’ve just been able to contribute to those teams

What do you love about Big Bash cricket?

There are a few opportunities to win some trophies. Hopefully the WBBL one, the WNCL title with the NSW Breakers and a World Cup later in the year so just to be a part of those teams will be pretty cool.

Do you have any strategies that help you deal with pressure of finals? Any pre-game rituals?

No rituals really, I’m pretty laid back so I try not to worry about that sort of stuff. You want to feel the nerves, being nervous means you care so I embrace that feeling and use it.

Any advice for young girls and women who want to play sport professionally?

Go for it! There’s not a better time than now to get involved in women’s sport. If you want it enough and you work hard enough just go out and get it. It’s a pretty good job to have.

Finals bound with this lot again!! Looking forward to the week ahead!! #howgood #loveahomefinal #smashemsixers

What does your day on a plate look like?

I’m probably not the best person to ask that question to. It’s all about balance for me, it’s about training hard enough to make sure I can eat what I like, just make sure there’s enough green on your plate.

During the Big Bash period we train 4 out of 5 days and play on the weekend so it’s pretty much a full time job with training. My focus on working on my skills, batting and keeping, as well as gym work. For me it’s also important to utilise that day off, to do something away from cricket and switch off.

I enjoy spending time with my two dogs, so taking them for a walk on the beach. I’m lucky enough to live close to the beach so I spend a bit of time there. And I like to play golf.

What’s something that most people don’t know about you?

I actually won a singing eisteddfod when I was in Year One!

Tune into Channel One at 3pm AEST on Friday February 2 to watch the Sydney Sixers take on the Adelaide Strikers in the WBBL’s first semi final.