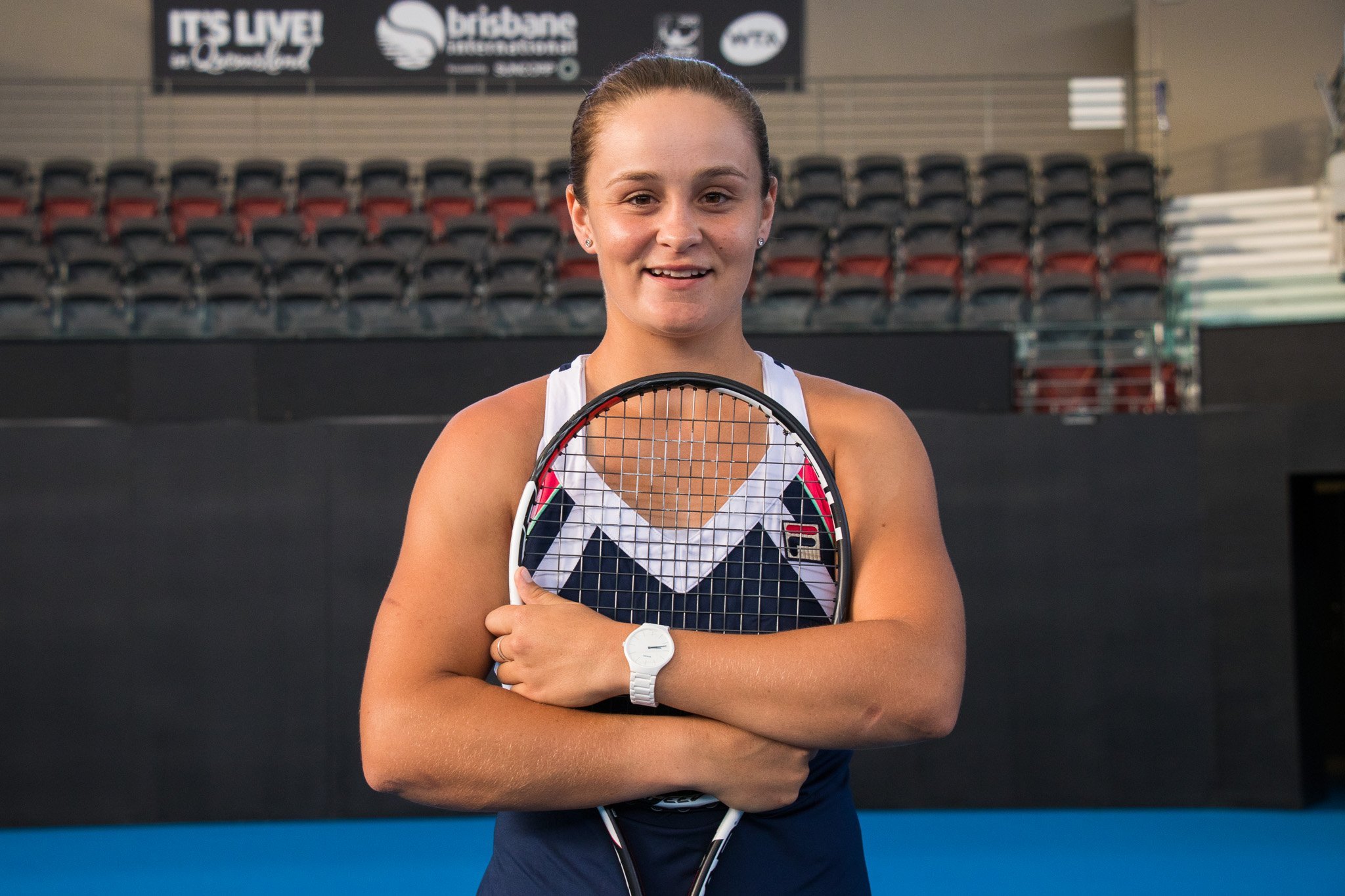 Ashleigh Barty first got our attention when she reached the doubles final of the 2013 Australian Open. Fast forward to 2017? The now 21-year-old is finishing the year as our country’s highest-ranked tennis player (for both women and blokes – yew!).

As the world #17 (she began the year at #271) and the latest recipient of the coveted Newcombe Medal, Barty’s definitely one to watch at her home tournament, the Brisbane International, which runs 31st Dec until 7th Jan. And then of course there’s a small matter of the Aussie Open later in the month.

She’s also the latest addition to Rado’s YoungStar program (the official timekeeper for the Brisbane International has an initiative that supports up-and-coming tennis players). Talk about a stellar 2017, eh? We were lucky enough to tear Barty away from her intense training schedule for a chat…

You’ve had a fantastic year. What was your highlight?

Playing Fed Cup again and being in the Australian team. It felt like a long time since I’d played for Australia, and for the green and gold. But it was pretty special to play a first singles tie straight after the Australian anthem.

What would you attribute your success to this year?

We did a lot of hard work on and off the court to get myself back up to a standard of professional tennis. My team around me help me mentally, and I think this year we’ve obviously had the results fall our way and we’ve played some really good tennis. But I think the foundation we set last year had a massive impact on the success that we did have in 2017.

How do you feel about going into the Brisbane International?

Very excited. I actually can’t wait. I’ve been training for about a month in pre-season and it’s come around very quickly, but I’m itching to get on the court. I love playing in Brisbane. I love playing on this beautiful court at Pat Rafter [Arena] that we have and the fans here are so passionate. The tournament will be very strong. It’s a challenging event straight off the bat and, hopefully, I can play well and have an exciting start to summer.

Finishing in the top 20 is amazing and obviously that top 10 is very close, but it’s still a long way off. So, I think for us it’s important to consolidate and do the best that we can to try and play really good tennis throughout the whole year. And, honestly, on the court just try and do the exact same thing where success brought me last year.

Do you have any strategies that help you deal with pressure?

I’m very lucky to have a very genuine team around me filled with amazing people. My family keep me very level headed and grounded. And obviously they’ve had all the experiences in the world between them all so I think they’re able to share that with me. And then it’s just a lot of practice. Obviously, we’ve played a lot of tennis matches over our lives, and you try and learn from each one. I try and keep my cards close to my chest on the tennis court and try not to show too much emotion. Ideally, you’re trying not to give your opponent any extra edge.

Any advice for young girls and women who want to play sport professionally?

Australian sport, especially Australian female sport, is in a really strong position at the moment, and it’s going to continue to grow. There are so many opportunities for young girls and women to go out and have a crack at sport and try and do the best that they can. I think it all comes down to, first and foremost, enjoying what you do – enjoying the hard work and dedication that comes with it, but making sure that you go out there and have fun and understand why you started playing sport in the first place.

Let’s talk food. What does your day on a plate look like?

Training is a little bit different to a match, but on a standard day at the moment, I usually wake up, have a coffee and either banana or Vegemite on toast, with a yoghurt – that’s my standard brekkie. And then straight after practice a piece of fruit to get me through, and a good lunch to set me up for the rest of the day. After training, come four or five o’clock, it’s an afternoon coffee and another piece of fruit before I go home and cook up a pretty simple, basic dinner with four or five veg. It’s what I grew up with.

At the moment, it’s 45 minutes of body preparation work in the morning, whether it be stretching or working on a few weaker areas. And then straight into a bit of a movement session before we go out and practise for two hours. Then we have a bit of lunch and rest before either a gym or conditioning session in the afternoon, followed by a rehab session. And then sometimes as well, we sneak in a second on-court session if we need to do any extras. So, it’s a lot of hours on the court and in the gym at the moment.

Now for some quickfire Qs. What’s your ultimate holiday destination?

North Stradbroke Island, off Queensland. I grew up going there as a kid.

It certainly would be coffee. Short and strong – the stronger the better for me.

That’s tough. I’m a sucker for The Simpsons, but I also love Modern Family.

Surprising fact about you?

Three words that describe you?