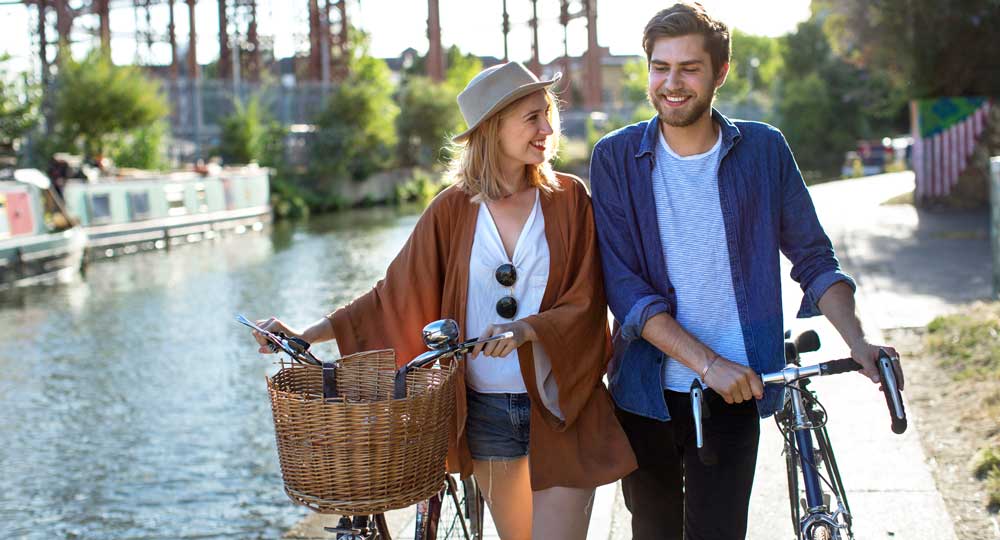 It’s pretty obvious when you’re officially dating someone: You go out together, hang out on weekends, and probably do other, uh, stuff, too. But trying to figure out whether you’re just dating or in a serious relationship can be murky territory.

For some, you’re serious after three months of consistent dating; for others, it’s not until after move in together. But really, it’s freaking hard to know unless you have the that, “So, what are we?” talk.

Enter a survey by British relationship support organization Relate.org.uk. For the survey, researchers asked 6,000 people a slew of pressing relationship questions, including what they think defines a “serious” relationship.

The conclusion: talking about issues. According to the survey, 50 percent of couples say “sharing problems” is the top indicator that things are pretty serious.

It’s worth noting that sharing problems is ranked even higher than “being exclusive” (cited by 44 percent) or “getting married” (cited by 39 percent).Hmmm.

Basically, even if you’re married, if you don’t share your problems, you still have some things to work on. It sounds crazy, but it makes sense: In a happy marriage(and relationship), you share the good and the bad things in life and help each other through them.

So the next time you feel annoyed listening to your partner drone on about work issues again, keep this in mind: It’s actually bringing you closer.

This article was originally published on Women’s Health.