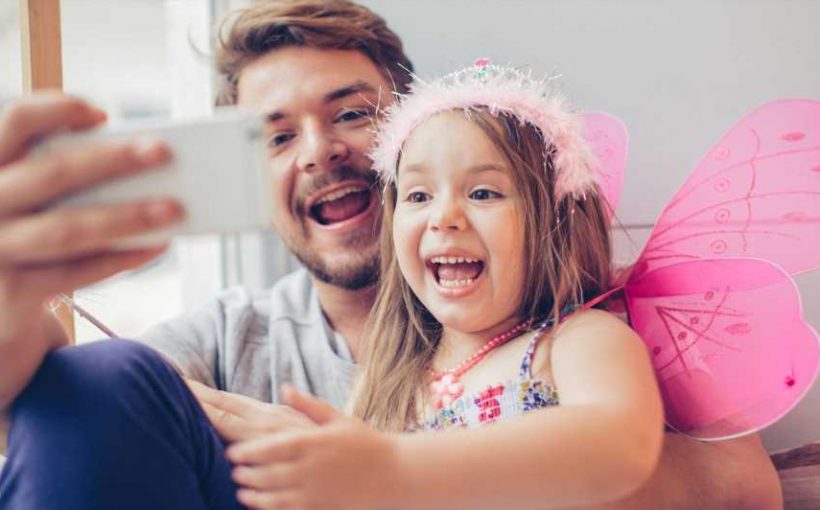 If dating app photos are any indication, there are two major events in the life of a man: the day he catches a large fish and the day he gets a niece.

Men have always posted photos with the babies in their lives on dating apps, possibly as a conscious attempt to manipulate whatever primal womb-nerve causes me to get emotional when I see a lost baby shoe on the ground.

But lately that baby is, more often than not, a niece. There’s a new dating archetype out there: The Niece Guy.

You don’t become a Niece Guy just by including a photo of your niece in your Tinder lineup. I understand that men don’t necessarily have an arsenal of flattering photos of themselves the way women do—if I had to choose between a picture of myself holding a fish, a picture of me and my ex, and a picture of me and my niece, I’d choose the niece one, too. You only become a Niece Guy when you begin to confuse having a niece for having a personality. If you include multiple photos of you and your niece, you’re a Niece Guy. If your bio only contains niece-adjacent information: Niece Guy.

A quick pass through Bumble reveals several Niece Guys in under ten minutes. “New uncle, will probably make you look at pictures of my niece,” one man’s Bumble bio read. His profile was jam-packed with niece content—really milking that adorable barf bag for all she was worth. “She is my niece,” was the entirety of another man’s bio.

There’s been an explosion of Niece Guys since I last hit the dating apps. A friend hypothesized that the Niece Guys seem to have multiplied because she and I have crossed into The Age When Your Older Siblings Are Starting to Have Kids. But I attribute Niece Guy proliferation to the kind of butterfly effect that caused every woman on Tinder to independently decide to say that she likes “whiskey and traveling” in her bio, and every man to say he likes “hiking and The Office.” I’m not bothered by Niece Guys so much as I am tickled by the phenomenon of a ton of men deploying the same trope, even the same language—”that cute baby is my niece”—apparently without consulting each other.

And again, I see why someone would go all in on having a niece in their dating app profile. When I see a man holding a baby and remembering to support the head, I don’t think, “Wow, he’d probably remember to support our baby’s head.” I do think, “Wow, someone trusted Daniel, a 6’3 ‘CEO of My Butt,’ with their baby.” Any baby adds a certain dimension. A baby who is a niece adds a whole new level of dimensionality. I’m sick of public figures using “I’m a father of daughters” as an excuse to weigh in on lady issues. At the same time, I really do believe that once a dude is even quasi-responsible for a tiny female—as a dad, a stepdad, an uncle, a godfather, whatever—it gives him a dog in the equality fight. When I see a guy who’s super proud to be an uncle of his adorable niece, it suggests a level of respect for girls and women. I don’t know whether that’s justified. I’m sure there are uncles of nieces out there who aren’t extra-respectful of women. But for me, niece-doting connotes respect for women the way that saying you like hiking connotes nice sinewy calves. I think men must be at least subconsciously aware of this, because there’s way more niece content on dating apps than there is nephew content.

There’s only one major issue with Niece Guys: privacy. During that week when we were all aging ourselves in FaceApp, a friend who nannies was reprimanded by the parents for putting her charge’s photo into the app. Recently a friend sent me a screenshot of an ex-boyfriend’s dating app profile, in which he’d included a photo of him and I from when we were together. It didn’t feel like a violation of intimacy so much as a violation of privacy: Those images are seen by so, so many strangers. It never hurts to ask your sibling if it’s cool to use his or her baby’s face in your quest for a hot girlfriend.

Or just cover your niece’s face with a baby Emoji. As long as I can see those little baby feet, you can consider my heartstrings twanged.