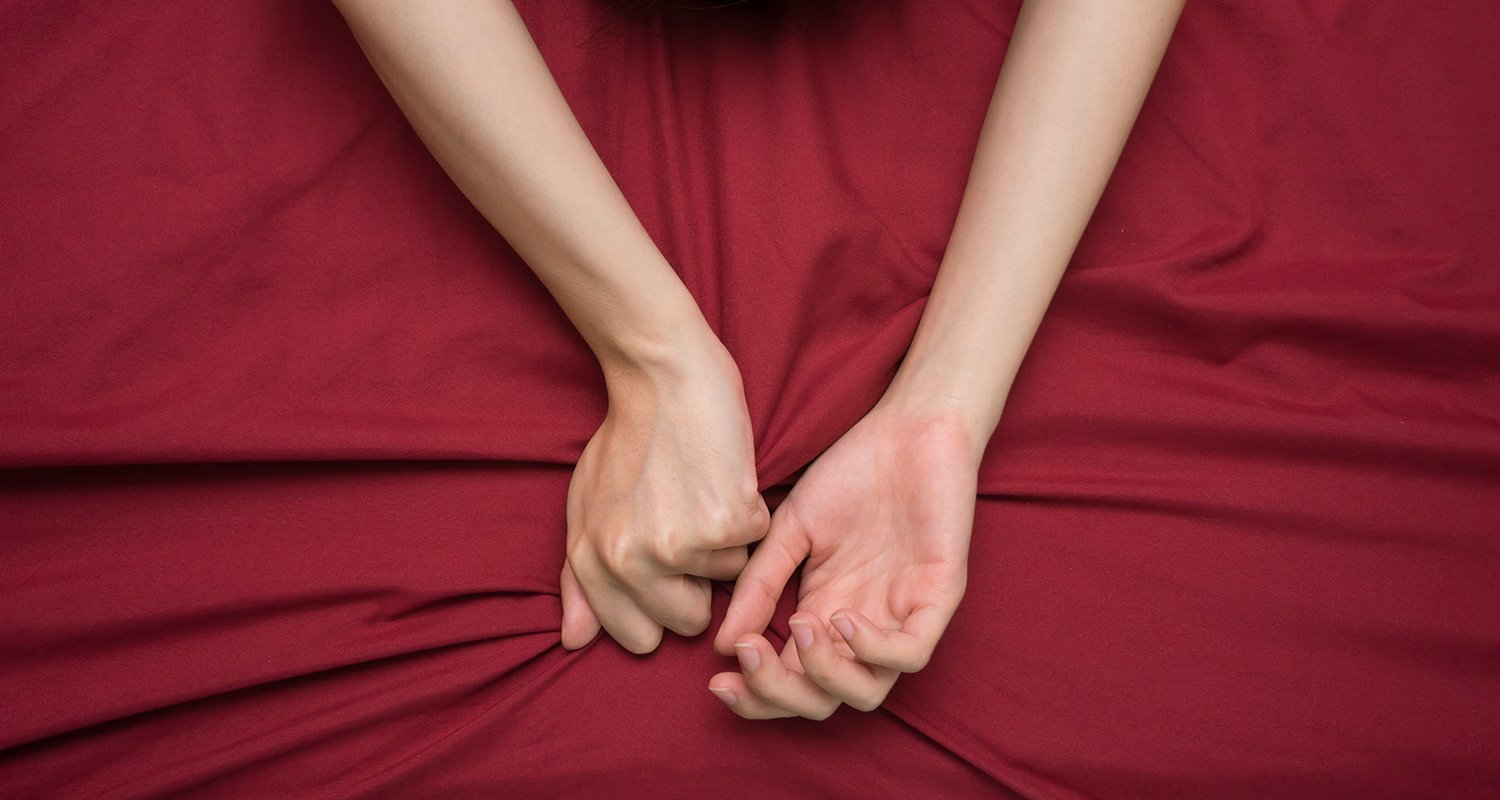 Let me explain how I landed on a website about vulvas and edging while sandwiched between two passengers on a Virgin America flight.

RELATED: How To Deal With One Of The Most Common Issues Affecting Your Sex Life

For $29, you can currently access its first “season”—essentially an online course you take at your own pace, with 12 modules on topics from “accenting” to “orbiting.” Excited to find out exactly what that meant, I signed onto the site as soon as I received my login, which happened to be while I was on the airport runway, a few minutes before takeoff. I didn’t realise just how NSFW it would be. (I decided to close my browser and revisit the site in a more private setting later.)

The site has poured more than $4.5 million into the research behind its candid instructional videos, which feature real, au natural women demonstrating manual stimulation techniques, spread eagle, with cameras pointed at their lady bits. Each module pairs videos like these with written instructions and culminates with a hands-on simulation opportunity—literally, you caress an on-screen vulva (either on your phone screen or with a computer mouse), which responds with raspy moans and live feedback.

Yet OMGYes feels surprisingly un-pornographic. Divulging stories about their most memorable sexual encounters, the women featured on OMGYes give voice to preferences and frustrations that feel comfortingly familiar. And while there’s something of a “hear, hear, sister” effect, the site’s wisdom best serves anyone who comes into regular contact with vaginas—including men. A lot of couples choose to watch the videos together, says OMGYes co-founder Rob Perkins. “Many say it gives them words for the kinds of touch they like,” he says. “And it can be helpful to have something to point at with a partner and say, ‘Let’s try that!’ or ‘I agree with her—that is really frustrating!'”

The major takeaway is that remaining open to discovery, both on your own and during sex, can make climaxing even more erotic. “No one ever says they already know everything about cooking or dancing or sports,” says Perkins—and yet once people have pulled a condom over a banana, they tend to think their sexual education is complete. Of course, even if you have achieved euphoria with one partner, different strokes work for different folks. That’s where OMGYes has your back: There are many roads to O-town, so the site aims to prep you for the journey with a varied repertoire and the good sense to ask for directions.

Read on for our favourite OMGYes tips, including some classic pleasers and others that are delightfully unexpected.

Yes, we’ve vetted them all. For science.

Apparently, there are three distinct—though sometimes overlapping—stages of arousal, which you’ll learn in a module titled “Consistency.” The first: buildup, those initial strokes that wake up your nerve endings. According to OMGYes.com, 76% of women enjoy variety at this point because it builds anticipation. Remember that Friends scene where Monica diagrams a vagina and numbers seven erogenous zones to demonstrate how to get to O? It went something like this: “You could start out with a little one, a two, a one-two-three, a three, five…” Yeah, do that.

2. Next, switch to repetition.

Sounds contradictory, but let’s remember how Monica’s demonstration culminated: “…Seven! Seven! Seven! Seven! Seven!” That’s because when you’ve reached phase two of arousal—which is called the approach and begins when you start to feel an orgasm within reach—you’re already warmed up, you’ve identified what’s working, and even the slightest variation can be distracting.

For many women, the clit is where the magic happens. But even if you’re in that camp, you might find direct contact to be too intense. According to OMGYes, two out of three women get more pleasure from stimulating the clit through the skin nearby, whether that’s the hood or the lips. Add a layer of fabric for an even mellower touch. (Panties work.) Or test out a “clit sandwich,” which is when you pinch your clitoris between your outer lips for some indirect stimulation. (For even more intense stimulation, try the Satisfyer Pro Penguin from thePrevention shop.)

4. It’s all about circles—kind of.

Hot spots change during arousal. The area that’s most sensitive one minute might seem to relocate the next. That’s why moving your fingers in a circular pattern, which stimulates a large area surrounding the clit, works well. Don’t get hung up on geometry, though. Most clits aren’t best approached head on but rather from the right, from the top, through the hood, etc. To figure out what your ideal circle looks like, try “orbiting”—changing up your circular paths—as well as “accenting,” placing increased pressure during certain parts of that path.

Here’s an acrobatic technique from Diana, a real woman who stars in some of OMGYes’s demonstration videos: Stimulate the clit in a circular motion using one hand. Then reach your other hand under your behind and through your legs to stimulate the opening of the vagina in a slower circular pattern. It’s not dissimilar to patting your head while rubbing your tummy but way more worth it.

6. Help yourself to seconds.

Most women can have multiple orgasms, but what does the trick the first time around might not feel good immediately following climax. Fifty percent of women who experience multiple orgasms instead swear by returning to what felt good at the very beginning of foreplay.

It means bringing yourself or a partner to the cusp of orgasm and then intentionally backing off, either by fully halting stimulation or by switching to softer, less direct touching. It sounds a little frustrating but can lead to a more intense orgasm once you finally get there.

You’re the foremost expert on what gets you off, so, by all means, lend your expertise. But keep in mind that it can feel harsh to get schooled while trying to please a partner. Instead of saying, “No, that’s not right,” try guiding their hand sensually with yours. Or demonstrate how you like to be touched, then say, “Why don’t you take over?” or ask them to repeat that thing they just did because it felt amazing.

When you’re with a partner, sometimes the way you frame the idea of sex—with a beginning, middle, and end—directly affects how much you enjoy it. If too much hinges on the big O, it might be harder to achieve or less fulfilling once it arrives. Try this experiment: Think of the entire experience of intimacy as fluid, not necessarily building toward climax, or toward anything at all. You might work backward, introduce a technique like edging, or continue fooling around post-orgasm. Multiple women featured on OMGYes who have had difficulties reaching climax said that once they stopped thinking of orgasm as a goal post and began savouring foreplay for foreplay’s sake, they had OMG YES moments they weren’t expecting.

This article originally appeared on Prevention.